Not only was the country not prepared for a nationwide lockdown, even the Central government was unprepared. How can one otherwise explain the fact that the Economic Task Force announced by the PM on March 19 has not been constituted so far? 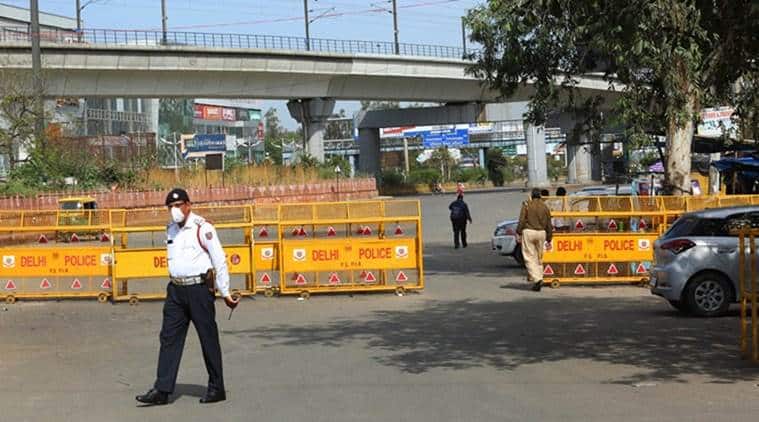 Prime Minister on March 19 announced that there would be a Janata Curfew on Sunday, March 22.

On Friday, March 19, the Prime Minister announced that there would be a Janata Curfew on Sunday, March 22. I thought that the PM was testing the waters and he would announce a lockdown of some sorts at the end of the curfew. There was no announcement on Sunday.

Meanwhile, between March 20 and March 23, several state governments announced partial or total lock down in many parts. Nothing noteworthy happened on Monday (23rd) or Tuesday (24th), except that the number who tested positive and the number who died were creeping up slowly.

Perhaps alarmed by what was happening in Italy, Spain and Iran, the PM went on television again on March 24 and announced a nationwide lockdown effective midnight on that day. The lockdown began at 00.00 hours on March 25 and, when you read this, it would have entered the fifth day. Not only was the country not prepared for a nationwide lockdown, even the Central government was unprepared. How can one otherwise explain the fact that the Economic Task Force announced by the PM on March 19 has not been constituted so far?

Regrettably, unpreparedness has been the hallmark of the Modi government since the first case that tested positive was known on January 30. Consider the following:

# The biggest failure was inadequate testing. Epidemiologists and medical experts were unanimous in advocating more testing. Test, test more, trace, isolate and treat was the need of the hour. The government seems to have failed in this regard. At the highest (as I write this), only 12,000 tests per day were being done, casting a cloud on the number reported to be infected. The shifting positions of the ICMR added to the tardiness and the confusion. There is no clarity to this day;

# Even after the number of persons who tested positive had risen to 724 and new cases were reported from new locations every day, the ICMR and Ministry of Health maintained that India was still at Stage 2 and there was no evidence of ‘community transmission’, a claim doubted by some epidemiologists;

# Despite the demand for a ban, export of ventilators, respiratory devices and sanitisers was banned only on March 24;

# Supply chains remain disrupted. Many grocery and provision stores were closed because supplies had stopped. In many instances shop assistants were not allowed to reach the shops;

# There were heart-rending images of small children admitting they had not eaten anything that day because there was no food at home and of migrant workers trudging on the highways to their homes in Rajasthan or Uttar Pradesh or Bihar. It was evident that the governments had abandoned them to their fate;

# Police — no doubt under the control of state governments — had no clear instructions. In several places, they stopped delivery agents or people buying provisions. Videos of police beating alleged violators with lathis and imposing unusual punishments without authority of law went viral and caused great consternation.

The most egregious failure was the failure to announce measures, simultaneously with the declaration of total lockdown, to protect the livelihood of the poor and the vulnerable — the tenant farmer, the agricultural worker, the daily wage earner, the self-employed, the owner of a MSME, the laid-off industrial worker, the destitute and the street people. Another set of people left helpless included the employer responsible to pay wages, the taxpayer and the borrower with EMI obligations.

Several suggestions were on the table but the government dithered until March 26. The Financial Action Plan (FAP) announced by the Finance Minister consisted of timid half-measures and was certainly not comprehensive. The FAP will provide adequate food to many sections of the poor, but the plan will not put enough cash in their pockets. Worse, some sections of the poor and vulnerable were totally overlooked: tenant farmers, MGNREGA workers who will be without MGNREGA work, street people, destitutes, male Jan Dhan account holders, laid-off workers, etc were neglected. Besides, legitimate demands like extension of tax payment deadlines, deferment of EMI due dates, cut in GST rates, etc were not addressed. The FAP was underwhelming. I extended a cautious welcome to the plan.

Although the FM claimed that the government’s outlay for the FAP was
Rs 1.7 lakh crore, my estimate of the additional cash that will be transferred to the beneficiaries is about Rs 60,000 crore, plus the imputed value of the foodgrains and pulses of Rs 40,000 crore. This expenditure is necessary but certainly not sufficient. FAP Part II will be needed in the next few hours or days.

Most people entertain the misplaced belief that India will not be affected as much as China, Italy or Spain were. I am afraid India is not exceptional. India, like every country, will suffer considerable devastation. Further, we are, at present, addressing only the life, health and livelihood concerns of the people. There are the larger questions of the economy, jobs and incomes. A sliding economy will slide further and add to the devastation and misery of the people. The government must shed its hesitations and provide exceptionally bold and decisive leadership.