The coronavirus pandemic has confronted us with the contingency of so much of what we take for granted. It refocuses us on fighting something very elemental, in ways that will require a new politics. But two aspects of politics as usual continue. 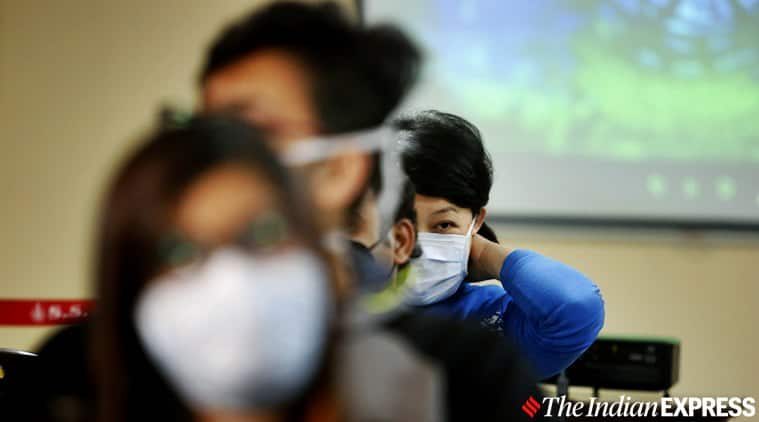 A response to this crisis will require a massive expansion of social security support in some form across all countries. (Express photo: Praveen Khanna)

Pandemics have the potential for transforming the nature of states. Different states have responded differently to the coronavirus crisis. The Indian state’s initial response was mature and, within the constraints, well judged. But the real test is yet to come. India will need to massively ramp up testing, monitoring and become more stringent on social distancing. Many frontline agency workers, including municipalities, are quietly doing an extraordinary job. But how our health system will cope with a more serious onslaught remains to be seen.

You might think that a disease of this scale will produce the necessary social solidarity required to combat it. But not only have the responses of the different states varied, there are already emerging faultlines that show how this pandemic might reignite a debate over the nature of state. Crisis calls for solidarity but it also begets deeper conflicts. Here are some distributive fault lines to watch for.

First, any conclusions, over whether authoritarian systems or democratic systems responded better to the crisis will be not be as clear-cut in retrospect. The United States’ and Europe’s shockingly paralytic response in the early days of the crisis lends credence to deep democracy scepticism. But, with the passage of time, different state performance will not easily map on to their political systems. South Korea has done relatively well; China might have been able to take aggressive shut-down measures, but in the early stages, the perils of political order, where you can be penalised for information, were quite clear. The debate will turn more on the historical memories that shaped responses to the crisis, particular political ideologies, and specific institutional configurations, rather than broad categories of democracies and authoritarian systems.

Second, all states, democratic or authoritarian, will likely become surveillance states. The pandemic will give states even more reason to render their citizens’ actions, movements, histories, economic activities, transparent to them. The deepening of the information order for states will be the sites of two conflicts. The first will be between national governments and international organisations which need to do independent compliance monitoring under various global protocols, and have been often hampered by national governments. The second is that informational privacy will become an even more politically feeble idea. The need to monitor risks in an interdependent world, where even small outbreaks, if not caught in time, can cause disproportionate havoc, will be the basis for rendering citizens more legible to the state.

Third, as Trump’s attempt to “monopolise” a potential vaccine for America demonstrated, there is a distributive issue in the availability of treatments. As the scholar of the politics of pandemic preparedness, Adam Kamradt-Scott, had pointed out, after the H5N1 epidemic, Indonesia had raised two issues: A reform of existing “virus” sharing systems, and the need for equitable access to influenza vaccines, two issues also close to India’s heart. Indonesia had, to argue for vaccine access, gone on to declare “viral sovereignty” and ceased to share samples. It is far from clear that these issues will not yet again surface in the duration of this pandemic.

Fourth, after each pandemic, there is a call for greater international cooperation. Often science has provided solutions (like discovering vaccines), that have taken the load off politics. But a full reckoning of the ways to reduce the risks of future pandemics might actually require the kind of deeper regulatory and cultural cooperation that is not easy to produce. For one thing, the signs are that the need to assign responsibility for the disease will be caught in geo political narratives: For the US, this will be, as Trump put it, the “China virus”; for China, the US will have exacerbated the problem by not pulling its weight. But more deeply, if there are risks from zoonotic diseases, a frank discussion of them will involve dialogue on a broad range of issues: The relationship between ecology and diseases, safety in animal markets, potential safety issues in research, possible lifestyle regulation. So the politics of cultural representation, and the regulatory calls they will unleash, may produce new tensions.

Fifth, there are distributional issues that will arise out of the economic fallout of this pandemic. The extraordinary measures that the Fed announced yesterday suggest that at least from a financial angle the US has acknowledged that this crisis will be big. Other central banks are going to follow. The US has pulled out all stops in trying to shore up the economy, in sharp contrast to its response to measures to slow down the disease. But the big question will be: Who will the financial backstops ultimately benefit? Will we ensure that workers are not fired, small businesses not liquidated?

A response to this crisis will require a massive expansion of social security support in some form across all countries. Economists can debate the best form of giving this support. But there is no question that in advanced economies, the question of economic precarity will rise to the surface. In India, if there is a serious downturn, the hardest hit, as during demonetisation, will be the informal sector and the poor whose fortunes are tied to the formal economy. While certain sectors will suffer loss of wages and employment, other sectors — including health care, and delivery workers — might be overworked to risky levels. We cannot subject them to another shock of this scale without support. In terms of health care also, we are already experiencing serious distributive issues. In India, the scarcity of public health facilities will make these dilemmas acute. But the politics of social support, state capacity building and public goods provisions is inescapable. Sixth, there is a potential to accelerate deglobalisation in the wake of the crisis. There will certainly be more conflicts over the trading systems and need to secure supply chains. Whether this will lead to a globalisation-compatible diversification of global supply chains, or more nationalisation, is still an open question.

The pandemic has confronted us with the contingency of so much of what we take for granted. It refocuses us on fighting something very elemental, in ways that will require a new politics. But two aspects of politics as usual continue.

While the pandemic puts other political issues out of the limelight, different political parties and ideologies, from Trump to Xi to Modi, will not desist from using this crisis to further their existing agendas; in fact it might give the perfect cover for many dodgy decisions. But more importantly, the basic distributive conflicts that characterise politics will rise to the surface. Unless a vaccine saves us, quickly. Let us hope so.

The writer is contributing editor, The Indian Express.