Looking away from the real numbers only perpetuates oppressive power relations....

After the Lok Sabhas unanimous suport for a caste census,it was natural for the Central government to agree to the demand. A full-fledged debate reflected the mood of all speakers,and the government,which is accountable to the Parliament,has to respect that wish.

But after Independence,the caste census was discontinued. It was a wrong decision on the part of the government of independent India. It is said that the caste census was discontinued because it is divisive. It is a funny argument. India was divided because of religion,not because of caste,but the religion census continued. So religion was the culprit,while caste was punished. If you are interested in knowing the figures related to religion,which proved to be divisive,why are you not interested in knowing the figures of caste?

Caste is a reality of Indian society,though it is a bitter reality. We should get rid of it,but we cannot do it by just ignoring it. To annihilate it,we have to understand it in its entirety and make an all-out assault on it. But the Indian government,which is credited with stopping the caste census because of the divisive nature of caste,did nothing to end the caste menace in 60 years of its existence.

Other backward classes of citizens had Constitutional provisions for reservations 60 years ago. It was the right step to fight the menace of the caste system,which allowed a few castes to perpetuate their hold on power. After Independence,they strengthened this hold,and the majority of people who belonged to scheduled castes,scheduled tribes and other backward classes were further subjugated. If the discontinuation of the caste census was the sincere desire of the government to do away with the evil of caste divisiveness,why was there no attempt to annihilate the caste system?

Great people,like Guru Nanak,Guru Gobind Singh,Kabir,Mahatma Jyotiba Phule,Mahatma Gandhi,Babasaheb Bhimrao Ambedkar,Dr Ram Manohar Lohia,Jayaprakash Narayan and many others fought against the evils of the caste system. The Lingayat sect in South India came into existence by fighting the caste system. One of the reasons for the founding of Sikhism was also to end the caste menace. Even Swami Dayananda of the Arya Samaj and Swami Vivekananda opposed it. They did what they could to campaign against the system of caste.

My question is,what did the government of India do? What is their record of the fight against caste,which it considered divisive,when the question of caste census came up in 1951? Caste based reservation is the single measure which nails this caste system. Those who enjoy high caste status and privilege dislike only one thing related to caste,and that is caste based reservation. The policy of reservation is the most badly implemented policy of the government after Independence. It has been never implemented with honesty.

They say that SCs and STs are not throwing up enough eligible candidates to fill the vacancies meant for them. That is why seats meant for them remain unfilled. But what about OBC candidates? OBC reservation in Central government services has been implemented since 1993,but their representation in Central gazetted jobs has not exceeded 5 per cent. According to the report of the Department of Personnel and Training (DoPT),the UPSC is active with all kinds of conspiracies to minimise the recruitment of SC,ST and OBC candidates. They take a separate interview in order to give lower marks in oral exams.

So all kinds of attempts are on to strengthen the people seated high on the caste ladder and deprive others. They want to perpetuate the caste system to perpetuate their own stronghold. When the issue of caste census comes up,they turn into revolutionaries against caste and start preaching that caste is divisive and hence we should not count it. They are ready to do sample surveys of caste,but not a census. They have some caste figures from their fake sample surveys and they pit those against the caste census figures of 1931,but they do not want a fresh caste census,because they

are aware that their sample survey will fall flat.

Caste cannot be eliminated without an assertion of their caste identities by the so-called lower castes. So long as they suppress their caste identities,they will lose. Dominant castes readily assert their caste identity,but the others are ashamed of these identities,because of the social stigma. This only paves the way for caste domination. A caste census gives an opportunity to deprived people to know their numbers and assert their identities. Lower castes are nothing but suppressed social identities. Assertion of their identities will help them challenge the power establishment. That is why there is such hue and cry against the caste census,which will give the correct number of people of all castes and their domination over the system. Let us face reality. Let us remove caste from our society by knowing it more clearly. 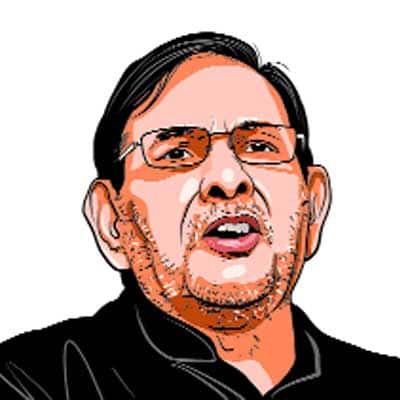