The burden of perfect 10 The truth is that the “perfect 10” phenomenon is symptomatic of a larger malaise that is engulfing the education system of the country — a system that rewards rote learning and perpetuates coaching culture characterised by overdependence on class notes, and gives a complete go by to reading the standard text books. (Illustration by Suvajit Dey)

With the college admission fever on, the expectation of securing cent per cent marks to match the unbelievably high cut-offs continues unabated. Scoring a perfect 10 now seems to be the norm for the toppers. Brought up in a generation that believed that there can be no perfect answers and 60 per cent marks meant first division, this is all too bizarre. Does it signify that millennials are more intelligent? Whereas some may be inclined to think so, a closer look reveals that this reflects a worrisome situation of the nature of our education system and is not at all a cause to rejoice.

The truth is that the “perfect 10” phenomenon is symptomatic of a larger malaise that is engulfing the education system of the country — a system that rewards rote learning and perpetuates a coaching culture characterised by overdependence on class notes, and gives a complete go by to reading the standard text books. These are quick-fix solutions invented by an unwieldy and crumbling government education system on the one hand and bolstered by a highly commercialised private sector on the other. The idea of education was to inculcate a sense of inquiry and critical thinking, where creativity and originality get rewarded, and so does the ability to think on one’s feet and apply knowledge, rather than reproduce information. These aspects can best be judged through essays, analysis-based questions and answers and discussions. But nowadays, in this age of WhatsApp and instant messaging, who has the time, energy or resources to go through such processes? It is much simpler to devise check lists, enumerate points, add up marks and, pronto, the results are out.

The Ministry of Human Resource Development (MHRD) has fixed the student-teacher ratio (STR) for primary classes at 30:1, and for upper primary classes at 35:1. This, however, remains mostly only on paper. While on the one hand we have the issue of numbers — 1.6 million schools filled to the brim with students, on the other hand, as per the data tabled in Lok Sabha by the MHRD in December 2016, 18 per cent positions of teachers in government-run primary schools and 15 per cent in secondary schools, were vacant nationwide. Left with no option, the students are pushed into the arms of coaching centres. A survey conducted by National Sample Survey Office (NSSO) states that one student out of every four takes private tuition. No wonder the Indian private tuition market, which was estimated to be at $16 billion in 2017, is expected to reach $30 billion by 2020. Those who have the capacity to pay, go abroad. Indians spend more than $4 billion each year on educating their children abroad, registering a 22-fold increase since 2015.

IIT Madras, in its analysis of results for the year 2005, had concluded that, whereas there was a poor connect between the performance of a student in the IIT and his rank in the JEE, there was a positive correlation with their performance in the Boards. Keeping this in mind, in 2010/14 , the MHRD made a serious attempt to restore the importance of school education by giving certain weightage to its marks in JEE exams. To prevent artificial inflation of marks by the various Boards — with the purpose of maximising chances of entry of their students into the prestigious IITs — the MHRD was to follow up with COBSE in India (Council of Boards of School Education) to normalise the marks inter se amongst the Boards, and, to align the syllabi of JEE and school boards. Had this been done earnestly, this insane spurt in the school board marks would not have taken place. Reportedly, in 2008, less than 400 students appearing in Class XII examinations conducted by the Central Board of Secondary Education (CBSE) scored more than 95 per cent marks. By 2014, in just six years, their numbers jumped to 9,000 students, and by 2018 it had touched 14,900 students, registering a 37-fold increase. The story is not very different for the State Boards. The new government would do well to pick up the threads from where it was left off in 2014, and take up the matter with COBSE and the School Boards — some 50 in number — to devise a self- regulatory mechanism to streamline the marking system.

Apart from impacting the nature of education at the school level, this has resulted in inflated college cut-offs for admission to as much as 100 per cent. This absurd situation has led to rising anxiety and depression amongst the students, for even the brightest amongst them are no longer assured of a seat in the college of their choice. Something must surely be done to arrest this trend. Perhaps our universities and colleges could take a cue from the IIMs which, in spite of a common entrance exam, insist on an interview and an essay on a topic handed out on the spot. This, of course, means more time, more personalised attention, and, more resources. Are the universities, the regulatory authorities and the government willing to trust their faculty and delink admissions, even partially, from marks? Another way would be to evaluate on percentile basis.

Motivated faculty, functional autonomy and adequate resources are the three prerequisites for any school to impart quality education and to excel as an institution. In this respect, Kendriya Vidyalayas, perhaps, provide a ray of hope — despite being government schools they have produced not only outstanding academic results, but also well-rounded versatile girls and boys year after year. The state governments need to wake up and replicate this in their schools — the results, in that case, will be positive and enduring.

Thakur is former education secretary to the government of India; Mantha is former chairman of AICTE

Poverty index: how Jharkhand reduced its poor the fastest 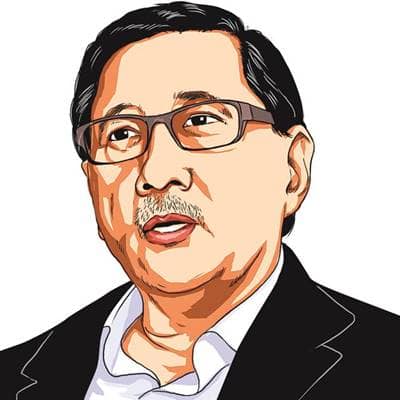 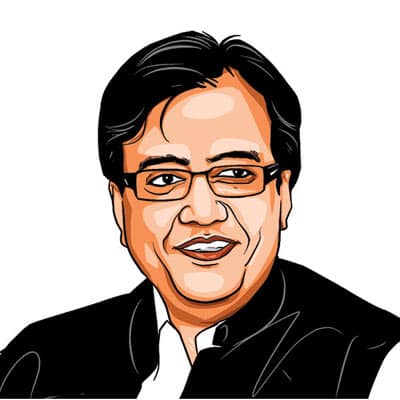