Across the aisle: Clueless in New Delhi 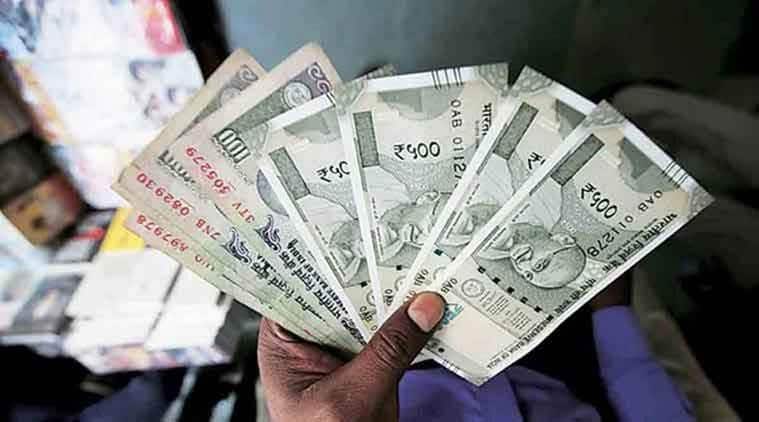 At the end of July 2017, the government had exhausted 92.4 per cent of the annual target of fiscal deficit.

The time for boasts is over. India is no longer the fastest growing large economy of the world. Our misguided jibe against China lasted all of seven quarters.

In five successive quarters, the growth rates of GDP and GVA have declined (see graph):

GDP may stabilise at 5.7 per cent or it may decline further in Q2 of 2017-18 (July-September). The effects of demonetisation have not yet dissipated completely. GST, a good idea, was translated into a flawed law that suffered from bad and hurried implementation, and affected many industries in the manufacturing sector. Floods have disrupted normal activity in many parts of India for several weeks.

There are four engines that drive growth: government expenditure, exports, private investment and private consumption. Growth rates of the four drivers will determine the growth rate of the economy. What were the rates in 2016-17 and in Q1 of 2017-18? The table speaks for itself. The government has clutched at the straw of ‘spending its way to prosperity’. At the end of July 2017, the government had exhausted 92.4 per cent of the annual target of fiscal deficit. It cannot go much further unless there is an unexpected surge in revenues or it abandons fiscal prudence. The first is not likely and the second is not advised. So, government expenditure would have to be moderated between now and March 2018. The engine can run but only at a steady speed.

Exports no longer drive growth. In the 10 years of the UPA government, exports rose to USD 314 billion in 2013-14, registering a CAGR (compound annual growth rate) of 17.3 per cent. In the last three years under the NDA government, exports have remained far below the peak: USD 310 billion, USD 262 billion and USD 276 billion. Mr Swaminathan Aiyar has pointed out that no country has achieved a GDP growth of 7 per cent or more if its exports had not grown at 15 per cent a year.

Private investment is also not driving growth. In the last three years, Gross Fixed Capital Formation (GFCF) as a percentage of GDP has been 31.34, 30.92 and 29.55 per cent — well below the peak of 34.31 per cent achieved in 2011-12. Another indicator of private investment is growth of credit to industry. That has been negative for every month since October 2016. The worst hit are medium enterprises where the bulk of the jobs are. Outstanding credit to medium enterprises declined from Rs 1,19,268 crore in July 2015 to Rs 1,00,542 crore in July 2017 — a shrinkage of 16 per cent! (Yet government wants us to believe that jobs are being created in the industrial sector!)

The Index of Industrial Production (IIP) rings a bell every month, but no one seems to care or even understand. In April-July 2017, overall IIP grew by a mere 1.7 per cent; manufacturing IIP grew by 1.3 per cent. The July numbers were abysmal: overall 1.2 per cent and manufacturing 0.1 per cent. 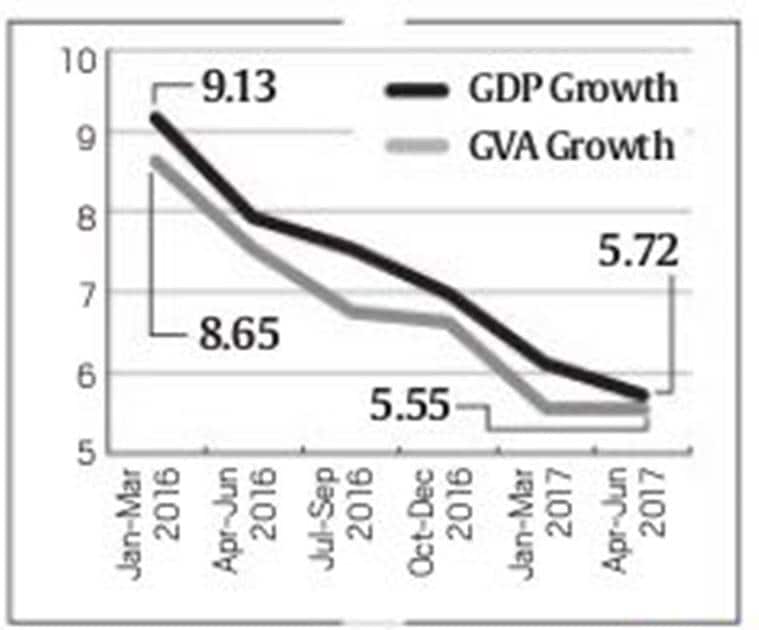 And, like the proverbial last straw, growth of private consumption has declined. It slowed down to 6.7 per cent, year on year, in April-July 2017. According to the latest RBI survey, the Current Situation Index fell to 96.8 in June from 100 in May 2017 “slipping into the pessimistic zone with sentiment showing deterioration across all parameters”. The survey found that while urban sentiment has been subdued, the mood in rural areas has also begun to sour.

All this when the global economy is recovering, crude oil prices are still low, negative or low interest rates in developed economies are pushing funds into India, the exchange rate is stable and inflation is low. Instead of capitalising on the opportunity, the government inflicted mortal wounds on the economy through demonetisation and a flawed and hastily implemented GST. And to cover up its utter incompetence, the government has inflicted another deep wound by arming tax authorities with draconian powers and unleashing (what every businessperson will privately tell you is) tax terrorism.

Yet, there is no sign of worry on the faces of the Prime Minister, Finance Minister and the new Industry Minister. Journalists who have access to the PMO tell us that the PMO is, in fact, worried. The only indication of the worry was the sacking of three ministers connected with jobs and labour (MSME, Labour and Skill Development) and the transfer of the fourth (Industry).

A clueless government cannot address the causes of the slowdown. Meanwhile, ill-advised measures like demonetisation, flawed GST and tax terrorism will haunt the economy.