Green good deed for the day

Protecting the environment should not be the government’s business alone The need of the hour is not just for people to act responsibly but also to take responsibility for others, report misdemeanours not just of individuals but also of institutions and corporates.

India has been attracting adverse comments on issues related to the environment — for valid as well as wrong reasons. The country has received bad press for its failure to check air pollution. It has also been said that environmental degradation costs India $80 billion per year or roughly 5.7 per cent of its economy. Disadvantaged groups are more vulnerable to climate change.

India has a healthy tradition of environment protection. The country has committed to using 175 GW of renewable energy by 2022. However, India has development imperatives. While the sustainable development path chosen by the country shows that economic growth and environment protection can go hand-in-hand, the world also needs to pay heed to Prime Minister Narendra Modi’s call for “climate justice”.

India’s Nationally Determined Contribution (NDC), finalised before the Paris Climate Agreement, aims to reduce the emissions intensity of its GDP by 33 to 35 per cent by 2030. India also aims to use 40 per cent of its cumulative installed electricity capacity from non-fossil fuel based energy resources by 2030. The country has committed to an additional carbon sink of 2.5-3 billion tonnes of carbon dioxide equivalent. According to several international evaluations, India is on course to achieving the pre-2020 goal of reducing the emission intensity of its GDP by 20 to 25 per cent over 2005 levels.

However, building on the gains of the past few years will require a concerted effort from the government and civil society. Governments may lay down norms but policing and penalising people cannot be the basis of a robust model of environmental protection. Protecting the environment should not be the government’s business alone.

The need of the hour is not just for people to act responsibly but also to take responsibility for others, report misdemeanours not just of individuals but also of institutions and corporates. In other words, the environmental credo of the country should be: “Do your own green good deeds and ensure others do that as well.” Take, for example, Delhi’s air pollution. Dust and vehicular emissions are among the major causes for the foul air over the city. These can only be controlled by a combined effort of civic authorities, resident welfare associations, individual citizens and the government machinery.

This is not to say that the government has no role in mitigating pollution. The environment ministry has taken up air pollution on mission mode. In January, the government notified amendments to the Environment (Protection) Rules 1986 making it mandatory for construction agencies to take dust mitigation measures. The government has written to major construction agencies like DMRC, NBCC and NHAI to comply with these rules. The amendments lay down: “No building or infrastructure project requiring environmental clearance shall be implemented without an approved Environmental Management Plan, inclusive of dust mitigation measures.” The rules are applicable in all cities where the PM 10 and PM 2.5 levels exceed the limits set in the National Ambient Air Quality standards. The annual PM 10 limit is 60 micrograms per metre cube. For PM 2.5, the standard is 40 micrograms per metre cube. As I write this article, work on 25 construction sites faces closure. Several government schemes, including the Pradhan Mantri Ujjawala Yojana, will also help to improve the country’s air quality.

The Sustainable Development Goals talk of responsible consumption and production. They also underline the need for urgent action to combat climate change. That responsibility and urgency has to be shared. Tough actions means that some will suffer — but the end justifies the means. The end here is the greater common good. The bottom line is that we are in it together.

No leader is forever, Emmanuel Macron says as ‘G6’ gears up to confront Donald Trump 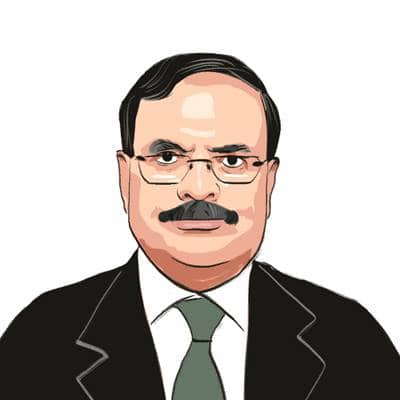