A bureaucracy for our times

Recruitment to the civil service needs to be modernised. But it will require a complete overhaul of the system — not piecemeal initiatives. The proposal is based on sound management principles. It is unfair to the recruiter and the recruited to fix a career on the basis of a single examination.(Illustration: CR Sasikumar)

The government’s proposal to revise the present system of recruitment to the country’s elite civil services has set the cat among the pigeons. The Niti Aayog has recommended that the government take recourse to lateral entry at all levels of the administration. It has elicited instructions from the Prime Minister’s Office (PMO) to the Department of Personnel and Training (DoPT) to prepare modalities for the purpose at the level of deputy secretary, director and joint secretary.

Today, there are 4,926 IAS officers against a total authorised strength of 6,396. The government has sought to increase intake to 180 per year in the last four years. M G Devasahayam, a 1968 Haryana cadre IAS officer from Tamil Nadu, in a recent article accused the PMO of opting to abandon the constitutional scheme of things and run to the market. And what is this constitutional scheme of things?

The then home minister, Vallabbhai Patel, in light of the administrative crisis that beset India in the wake of Partition, wrote to Prime Minister Jawaharlal Nehru in April 1948 advocating the formation of an independent civil service in the functioning of which “political considerations, either in its recruitment or in its discipline and control, are reduced to the minimum, if not eliminated altogether”. Though chief ministers and many members of the Constituent Assembly opposed the suggestion, the implacable Patel, in his speech to the Assembly in October 1949, declared: “The Indian Union will go. You will not have a united India if you do not have a good All India Services which has independence to speak out its advice…”. Patel prevailed and the IAS was born, supposedly to be the bulwark of governance post Independence. Seventy years later, the IAS has hardly proved itself worthy of that aspiration.

Today, the nation is changing rapidly. Governance itself finds transition-accelerated, both in concept and form. From a means to perpetuate imperial rule, the objective of governance has changed to seeking and managing equitable economic growth. Yet, the bureaucratic infrastructure has remained more or less the same and grounded in the mistrust of citizens. The reasons for this mistrust can be found in the legacy of governance in India: What the Mughals set up was adapted and extended with an archaic secretariat system by the colonial administration. An elitist structure informed both systems, which continues to subsist. We have been unable to come to grips with this leviathan despite the farsighted 73rd and 74th constitutional amendments, which sought to make the panchayat an institution of self government.

The groundwork to restructure the system — its critics in the service call it “privatisation” — has gathered pace under the present government, in line with Niti Aayog member Bibek Debroy’s thinking. Under the previous NDA government, regular in-service training, conceived in the 1980s by the DoPT under then MoS P Chidambaram, fructified into phases of training updates up to the level of joint secretary. These were designed by the Lal Bahadur Shastri National Academy of Administration (LBSNAA) as a measure of career advancement. Skills were encouraged to be acquired in service instead of relying on outdated expertise.

Under the present government, IAS trainees (no longer “probationers”), after completing their initial training at the LBSNAA are seconded to serve as assistant secretaries in the Union government, instead of continuing with the hallowed practice of beginning at the bottom as assistant commissioner/collector, preferably of remote districts, thus upending ground exposure. This amounts to an acknowledgment that the present-day civil service, unlike the Mughal design of the mansabdari, the principal task of which was recovery of land revenue, is essentially meant to assist in policy making and dissemination.

The latter, of course, never happened. The number of IAS officers at the joint secretary rank, the decision-making level, has declined; personnel from other services with no “grass roots” exposure have been replacing them. Today, over 30 per cent of joint secretaries in GoI are from services other than the IAS, with several IAS joint secretaries opting for repatriation to their assigned states and relatively few empanelled secretaries readily seeking deputation to the Centre. Nearly 35 per cent IAS officers due for empanelment as secretaries have been passed over, with little transparency in the process.

Now, we have the PMO proposal seeking replacement of the existing mode of recruitment to the civil service by a system in which after initial recruitment by the UPSC, allotment of service and secondment to a state will be finalised on the combined basis of UPSC results and performance in the 100-day Foundation Course at the LBSNAA.

The proposal is based on sound management principles. It is unfair to the recruiter and the recruited to fix a career on the basis of a single examination. Multiple attempts are allowed to qualify for the service. Thereafter, upon exposure to the contents of the proposed career, there is neither an opportunity to the employer nor the aspirant to determine whether this is the right job for her. Place this in the modern context, wherein a person whose calibre has been so tested will have many options before her. This is a positive step towards bringing the services in line with modern management practice. However, it will require a host of collateral reforms to succeed.

The LBSNAA, though ably led and staffed with outstanding faculty, is not equipped to make the evaluation necessary for so a large a number of recruits in the short space of a few months. The Foundation Course is designed simply to acquaint the trainees with the service to which they are assigned and with colleagues from different services. It leads to life-long bonding, bringing an esprit de corps. But it is not a testing laboratory, nor can it be in the period assigned for a service of such vital importance.

The government ought to reassess the entire structure of the civil service, instead of taking steps in fits and starts, to make public services more management-oriented and relevant to present challenges. The LBSNAA with its superb facilities would be the apposite instrument for formulating such a project. However, it would need to be restructured with training courses redesigned and faculty selected in line with the new demands. 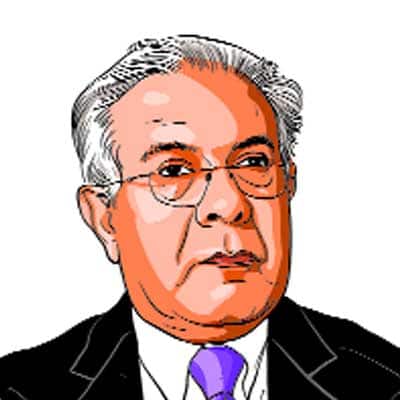 Wajahat HabibullahThe writer is a former chairperson of the National Commission for Mino... read more