On Assam, clearing the air

The Citizenship Amendment Bill has stringent applicability criteria. It is not —as it is being made out to be — an open invitation to minority groups in neighbouring countries. 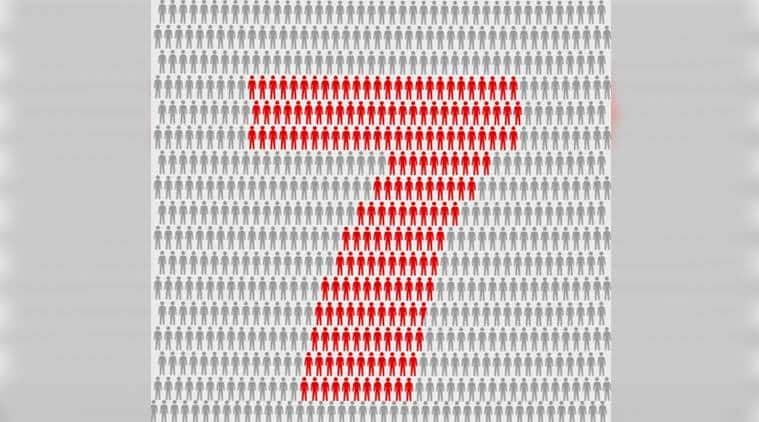 Historically, India has always welcomed persecuted minorities. Christians from West Asia, Zoroastrians and Jews were welcomed and accommodated in the country. This Bill is a continuation of that tradition.

In the mid-1990s, the then Asom Gana Parishad (AGP) government in Assam had proposed Scheduled Tribe (ST) status to six groups in the state — Tai-Ahoms, Morans, Mataks, Koch-Rajbongshis, Chutiyas and the Tea Tribes. Parliament rejected this proposal. After that, no government in the state attempted such an amendment.

When the Sarbananda Sonowal-led BJP government assumed office in Assam, the proposal got a new lease of life. The state government’s intervention led to Delhi taking up the matter. A Bill extending ST status to these six communities was recently introduced in Parliament. Unlike in 1996, there seems to be a consensus on the issue this time round, leading to the possibility of the long-cherished dream of these communities coming true. But attempts are being made in some quarters to create confusion in the minds of the tribal groups in the state who are recognised as STs. It is being claimed that these groups would lose their benefits to the six communities. This is patently wrong. In Assam, there are two categories of tribals — plains tribes and hill tribes. The new entrants to the SC list shall not be included in either of these groups. Instead, there will be a third group, called either “New Tribes” or “Other Tribes”. They shall not eat into the existing tribal quota in the state. An additional quota will be created for them.

There is also the apprehension that the Bill doesn’t mention all these details explicitly. Nomenclature and additional quota are the state government’s responsibility. The Assam chief minister has already announced that his government will take necessary steps in that direction, as soon as the Bill is passed. He has stated that steps will be taken to secure the interests of the state’s tribes who are already recognised as STs; measures will also be taken to carve out the additional quota. Unfortunately, confusion and misinformation has become the order of the day in Assam and other states in the Northeast. Not just political groups, but sections of the media and intelligentsia also participate in misinformation campaigns leading to unrest in the region.

It is to the Sonowal government’s credit that another long-cherished dream of the people of Assam, the National Register of Citizens (NRC), has been completed and a large number of infiltrators identified. The state government has also persuaded the Union government to undertake the long-due implementation of Clause 6 of the Assam Accord. It has been more than three decades since the historic accord was signed. But this critical Clause had not been taken seriously by any government till now. It states, “Constitutional, legislative and administrative safeguards, as may be appropriate, shall be provided to protect, preserve and promote the cultural, social, linguistic identity and heritage of the Assamese people.”

The BJP and the Sangh Parivar were an integral part of the Assam agitation. In order to fulfil the obligation of implementing the accord in letter and spirit, the Narendra Modi government has undertaken the task of implementing Clause 6. Union Home Minister Rajnath Singh has announced the constitution of a committee of eminent citizens from the state to suggest measures — including reserving seats in the legislature for “Assamese people” — for effective implementation of the clause. It is unfortunate that negative propaganda has resulted in some of the members quitting the committee. However, the government is determined to go ahead and secure suggestions from various quarters.

A similar campaign of lies and misinformation has been unleashed about the Citizenship Amendment Bill. This Bill seeks to facilitate the granting of Indian citizenship to people from minority communities in Pakistan, Bangladesh and Afghanistan, including Hindus, Buddhists, Sikhs, and Christians, who have been forced to migrate to India because of religious persecution or the fear of such persecution. India continues to face the consequences of the partition of the country along religious lines. There is a continuous influx of minorities from Pakistan, Bangladesh and Afghanistan into Punjab, Rajasthan, Gujarat, West Bengal and Assam. The concerns of some of those who are opposed to the Bill do stem from a genuine lack of information. But there are some others who see a political opportunity in the issue.

First, the Bill is for the entire country, and not specific to any region or state. Historically, India has always welcomed persecuted minorities. Christians from West Asia, Zoroastrians and Jews were welcomed and accommodated in the country. This Bill is a continuation of that tradition.

Second, the Bill states, albeit in an indirect way, that it is not an open-ended invitation to foreigners. Only those people from minority communities in Pakistan, Bangladesh and Afghanistan who entered India before December 31, 2014 are eligible to apply for citizenship. The applicant should have lived in India for at least seven years. That means if a person has entered the country in 2014, he has to wait till 2021 before applying for citizenship. Such people may even be encouraged to settle in different parts of the country. Third, the applications will be scrutinised by the district administration, and upon its recommendation, the case will be forwarded to the authorities by the administration of the state concerned.

Rumour mongers have had a field day in Assam. For example, it is being propagated that Assam will be inundated with crores of people from Bangladesh. There are at the moment 1.4 crore Hindus and 10 lakh Buddhists only in Bangladesh. The Indo-Bangladesh border on the Assam side has been sealed and secured. Moreover, the Bill clearly states that those who enter India after 2014 can’t apply for citizenship.

The Bill needs the Rajya Sabha’s assent. The Opposition has a majority in the Upper House. The Congress has, in the past, championed the cause of minorities in Bangladesh for electoral benefits. For instance, a few months before the 2015 Assembly elections in Assam, the state Congress leadership had demanded that citizenship be granted to Hindus and Buddhists who have migrated from Bangladesh into Assam. But the party is today playing dishonest politics when the government has made a humanitarian gesture towards persecuted people.

Abraham Lincoln was right in saying, “Politics, as a trade, finds most and leaves nearly all dishonest”.