Moderates are losing hope in a system unwilling to face its past. 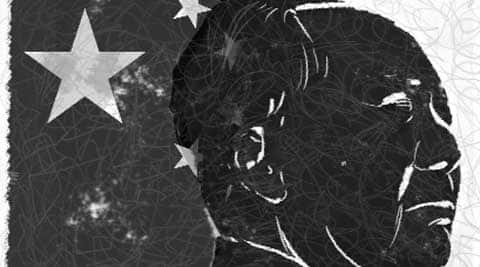 China can be said to have lost its collective memory. Such a nation, strictly speaking, cannot be at peace with itself or with its neighbours. We are beginning to see manifestations of some of the destructive consequences of China’s historical amnesia. Pradeep Yadav

Moderates are losing hope in a system unwilling to face its past.

Of course, today’s China can no longer be called a totalitarian system. But strictly speaking, it still retains some of the defining political characteristics of totalitarianism, such as the monopolistic control of the state by a Leninist party. Another totalitarian feature in the current Chinese political system is the suppression and distortion of historical memory, in particular, that of the brutal years of Maoist rule.

Under the late dictator Mao Zedong, more than 40 million innocent Chinese were murdered in violent political campaigns or starved to death following Mao’s disastrous economic policy. In terms of the amount of human suffering caused by a single dictator, Mao definitely rivals Hitler and Stalin.

Yet, you would not know much about Mao’s crimes against humanity if you were living in China today. His giant portrait still hangs on top of Tiananmen. His image adorns the 100-yuan bills (the largest denomination of the Chinese currency). His chemically preserved body is on display in his mausoleum at the centre of Tiananmen Square (a hot tourist attraction for Chinese visitors).

The latest sign that Mao’s status has risen was the lavish ceremony staged by the top leadership of the Chinese Communist Party (CCP) on December 26, 2013, to commemorate his 120th birthday. The new Chinese leader, Xi Jinping, whose father was purged by Mao and who himself was sent to the countryside as a teenager during the Cultural Revolution, delivered a speech that focused largely on Mao’s contributions and glossed over his “mistakes.” Shaoshan, a rural town in Hunan province where Mao was born, reportedly spent several hundred million dollars on festivities celebrating Mao’s birthday.

Compared with Hitler and Stalin, Mao has fared far better politically after his demise. Hitler has been condemned as one of history’s vilest criminals. De-Stalinisation in the former Soviet Union exposed Uncle Joe’s many crimes (although his stock has appreciated under Putin). But Mao, who was obsessed with how history would judge him, has got away with mass murder. Official history books in China scrupulously whitewash the atrocities committed against the Chinese people during Mao’s rule. Historical archives containing evidence of Mao’s direct responsibility for such atrocities are classified and off-limits to researchers. Publications on the most traumatic events during Maoist rule (such as the Anti-Rightist Campaign, the Great Leap Forward famine and the Cultural Revolution) are heavily censored.

The CCP has many reasons to protect the image of the late dictator. As one of the founders of the CCP, Mao’s historical status is inseparably linked with the party’s political legitimacy. Discrediting Mao completely would produce devastating collateral damage for the CCP. Since the party itself was also instrumental in carrying out Mao’s policies, a thorough accounting of Mao’s crimes would make the party a willing institutional accomplice. Most importantly, Mao established the organisational principles and structures of the party that continue to function today. Purging the legacy of Maoism would be tantamount to destroying the genetic coding of China’s ruling party.

As with many of its policies, protecting Mao’s legacy may serve the party’s interests well, but entails hidden but exorbitant political costs for the country as a whole. At the most basic level, Chinese born after the death of Mao in 1976 have abysmal knowledge of China’s history in general, and the history of the Maoist period in particular. Worse still, what they do know about recent Chinese ­history reflects the enormous success of the party’s systemic efforts to distort and fabricate history. For instance, the majority of the Chinese people today believe that it was the Communists who ­defeated the Japanese during World War II (a complete lie). At the same time, very few people know the mass starvation, unspeakable cruelty and political madness that were common during the Mao years.

At a higher level, China can be said to have lost its collective memory. Such a nation, strictly speaking, cannot be at peace with itself or its neighbours. We are beginning to see manifestations of some of the destructive consequences of China’s historical amnesia. Internally, there is growing political polarisation. Moderates have become more radical because they feel that an oppressive post-totalitarian system unwilling to face its past cannot be reformed. Conservatives have become even more hardline, as they fear that they must hold the line on defending Maoism. Most disgruntled ordinary people, knowing little of the evil of Maoism, have embraced Mao as an anti-authority icon to express their frustrations with high inequality and endemic corruption under the current regime. Political stability and social cohesion are hard to maintain under these ­circumstances.

Externally, such historical ­amnesia is epitomised by rising ­nationalist sentiments and an aggressive foreign policy. The best example is the on-going Sino-Japanese territorial dispute. ­Having demonised Japan as the country most responsible for China’s historical sufferings, China has painted itself into a corner and has no alternative but to continue a policy that could result in a dangerous military confrontation with Japan (and its ally, the United States).

Based on what we know about the nature of post-totalitarian regimes, it would be naïve to count on its elites to abandon one of its principal strategies of political survival — fabricating history and destroying collective memory. The good news is that Chinese society is trying to repair and restore its collective memory. The most intriguing recent developments on this front are the public apologies made by former Red Guards during the Cultural Revolution who felt responsible for the deaths and beatings of their teachers. It is hard to tell whether this minor, albeit courageous, gesture will lead to a political reawakening of Chinese society. But George Orwell may eventually be proved too pessimistic. The CCP is ­finding it increasingly hard to brainwash people in a more autonomous, diverse and well-­informed society.

How we were ruled