Chinese strategists often invent past military triumphs against India. They forget that the age of teaching anyone a lesson is over. The way forward, to resolve border tensions between India and China, is through dialogue and peaceful negotiations. 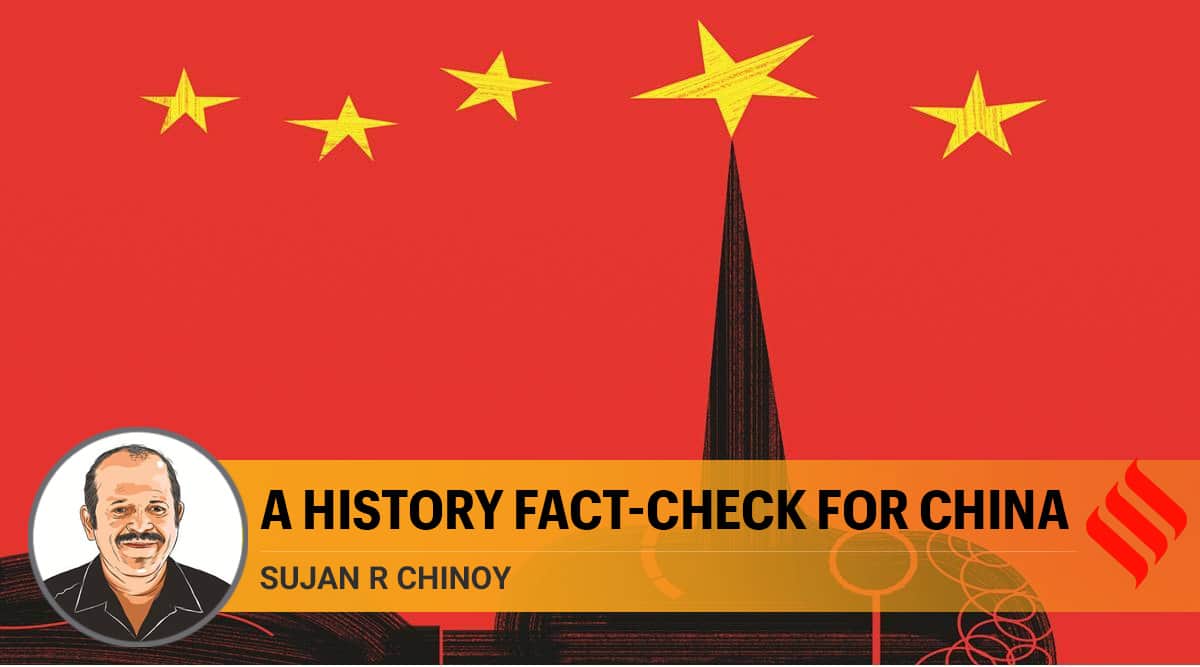 It is a fairly common refrain for Chinese strategists to play up the Chinese PLA as some kind of an invincible force. In 1979, Deng Xiaoping had purportedly said that the Chinese PLA had crossed the southern border to ‘teach Vietnam a lesson’. (Illustration by C R Sasikumar)

It is extraordinary that in his seminal book, On China published in 2011, former US National Security Adviser and later Secretary of State, Henry Kissinger, thought it fit to add a prologue devoted to India-China relations. It is laced with factual inaccuracies and appears to be aimed solely at eulogising Mao Zedong’s great abilities as a military strategist. Mao, in fact, drew heavily from Chinese classics and history.

Based on his understanding of Chinese sources, Kissinger writes that in deciding to “knock” India back “to the negotiating table” through military action in 1962, Mao claimed to his commanders that he banked on strategic principles drawn from China’s so-called historical experience of defeating India in “one and a half” wars. Both the examples that Kissinger narrates are clearly ersatz, revealing Kissinger’s insufficient scholarship on ancient India.

The fact is, there was no war between India and China during the Tang period (618-907 CE). There is a reference to a small event in A History of Sino-Indian Relations by Yukteshwar Kumar of Cheena Bhavana, Visva-Bharati University, Santiniketan. It involves a mention of Emperor Harshvardhan sending an emissary to China in 641 CE. After his death and the decline of his empire, Wang Xuanze, the Tang envoy to the court at Thaneswar and his entourage were reportedly attacked by local feudal powers. Apparently, Wang fled to Tibet and sought to regroup before launching a military campaign against some north Indian villages. If this is the story that Mao was referring to, it is apocryphal in terms of its scale and significance. Giving it an exaggerated spin reflects rather poorly on both the narrator and Kissinger, his eager audience.

Throughout history, the extreme fringes of all empires have often waxed and waned, and this was true of both Indian and Chinese empires. However, India and China did not share any border at the time. Tibet then was completely independent and even the mounted soldiers reportedly mustered by Wang Xuanze were obviously Tibetans. Mao was clearly trying to reinterpret historical events in a manner through which Han Chinese chauvinism could lay a vicarious claim to a distant event in the past.

Incidentally, the year 641 CE also coincides with the presence, in India, of the legendary Chinese monk Xuanzang who was still on his peregrinations in search of Buddhist scriptures and other religious and philosophical texts. After nearly 17 years of wandering, including a sojourn at Nalanda University, he carried back with him to Chang’an in China a rich trove, to spread the teachings gathered in India among his fellow Han Chinese. This was no doubt an age marked by the absence of narrow nationalism, one that permitted Chinese monks such as Fa Xian, Xuanzang and Yi Jing from China, and Dharmaratna, Kasyapa Matanga and Bodhidharma from India to travel unfettered to exchange ideas and learnings. Xuanzang’s journey has been recorded in detail in the classical Chinese text Da Tang Xiyu Ji (Great Tang Records on the Western Regions) and, eight centuries on, immortalised by a Ming-era writer, Wu Cheng-en, in his fascinating fictionalised work, Journey to the West.

If Mao was referring to an “Indian kingdom” that approached the Tang court to prevail over another “Indian kingdom” during this period, he was probably referring to the ancient Buddhist kingdom of Kuche, home to the famous fifth-century Buddhist monk Kumarjiva, located on the northern Silk Road in modern-day Xinjiang. The small kingdom of Kuche was then populated by the Kushans and used the Indic script. It was one of the many kingdoms in the “Western Regions” (Xiyu) against which the Tang emperor Taizong waged military campaigns. Kuche, like many other neighbouring kingdoms in Central Asia, was influenced by Indian culture, religion and script, but was distinct from India, which lay south of the Himalayas.

That Kuche, which lay in modern-day Xinjiang, was in the ambit of Indic culture only highlights the limits of Han influence in the region, the alien nature of which the Uigyurs have resisted and challenged through the centuries to this day. Mao, like his Tang predecessors, could not really tell the difference between Tianzhu, as India was known in classical Chinese texts, and Xiyu, or Western Regions, which covered large parts of modern-day Xinjiang and Central Asia.

The second example unquestioningly quoted by Kissinger and attributed to Mao is equally specious. The “half war” in which Mao takes credit for defeating India purportedly took place when Timur (Timur the lame) sacked Delhi in 1398 CE. By no stretch of the imagination could that be claimed as a victory by the Han Chinese, who themselves had only recently overthrown the Mongol yoke of the Yuan dynasty in 1368 CE. The Yuan dynasty, established by Kublai Khan when he conquered Han China, had nothing to do with Timur, who was a member of the Turkicised Barlas tribe, a distant Mongol clan settled in Transoxania, in what is modern-day Uzbekistan.

In fact, Timur had planned to invade China next. In 1404 CE, he set off on an expedition against the Ming dynasty in China. Had he not died of illness in February 1405 at Faryab in contemporary Kazakhstan, not long into his campaign, he too would have been knocking at the gates of the Forbidden Palace in Beijing as many foreign military powers later did in “China’s century of humiliation” before the formation of the People’s Republic of China.

It is a fairly common refrain for Chinese strategists to play up the Chinese PLA as some kind of an invincible force. In 1979, Deng Xiaoping had purportedly said that the Chinese PLA had crossed the southern border to ”teach Vietnam a lesson”. As it turned out, it was the gritty Vietnamese army that taught the Chinese a lesson that they would not forget in a hurry.

Chinese writings often refer to the 1962 border conflict as China having “taught India a lesson”. Of course, they conveniently ignore the drubbing received by the PLA in the military flare-up across Nathu La and Cho La in Sikkim in September 1967. In July 2017, during the Doklam crisis, the hardline Communist Party mouthpiece Global Times had called for teaching India “a bitter lesson” and had issued a thinly-veiled warning that in a military conflict China would inflict “greater losses than in 1962”. Following the unilateral actions by the PLA which led to the on-going stand-off in eastern Ladakh since April this year, the indefatigable Hu Xijin, editor of the Global Times, warned India on the same lines.

Chinese strategists often forget that the age of teaching anyone a lesson is over. Unilateralism and military aggression, especially against a large country like India determined to defend its sovereignty and territorial integrity at any cost, will simply not work. The way forward, to resolve border tensions between India and China, is through dialogue and peaceful negotiations.

This article first appeared in the print edition on January 13, 2021, under the title “A history fact-check for China”. The writer, a former Indian ambassador, is currently Director-General of the Manohar Parrikar Institute for Defence Studies and Analyses, New Delhi. Views are personal 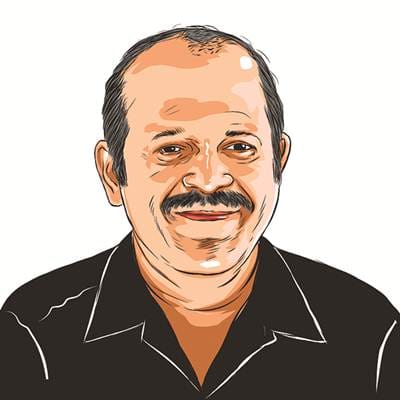