The confluence of two seas

The endeavour of India, Japan and US to connect the Pacific and Indian Oceans could be an alternative to China’s Belt and Road Initiative and enhance the bargaining power of small countries vis-a-vis Beijing. 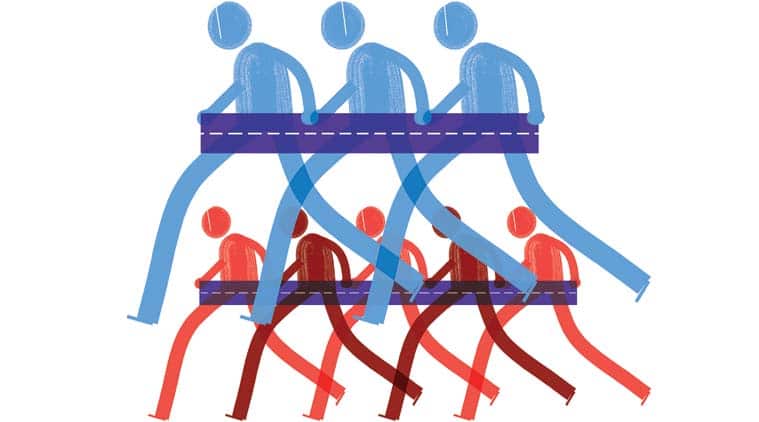 India has every reason to be pleased that its views on the BRI are finding resonance. But it is not enough to win the argument against the BRI.

Three developments in the last few days have set the stage for some real competition for promoting connectivity in Asia and opened up fresh opportunities for India to shape the outcomes. Only a few months ago, Delhi seemed alone in opposing China’s trillion dollar Belt and Road Initiative (BRI) that has been viewed with awe around the world and enthusiastically embraced by most of its neighbours in the region. Now Delhi may be in a position to work with its partners — especially Japan and the US — to offer a credible alternative to the BRI.

When Beijing convened a high-level international gathering last May to seek political endorsement of the BRI last May, India refused to participate at any level despite much diplomatic pressure from China. Instead it offered a stinging public rebuke. Arguing that projects under China’s BRI have not met international norms for infrastructure development, Delhi insisted that the “connectivity initiative must follow principles of financial responsibility to avoid projects that would create unsustainable debt burden for communities; balanced ecological and environmental protection and preservation standards; transparent assessment of project costs; skill and technology transfer to help long term running and maintenance of the assets created by local communities.” Delhi also affirmed that “connectivity projects must be pursued in a manner that respects sovereignty and territorial integrity” of other states.

At home, critics of the government fretted that Delhi might be isolating itself on the BRI. They pointed to the fact that even Japan and the United States, which were wary of China’s BRI, had sent representatives to the Beijing conference. Since then, though, much water has flown under the bridge. The US and Japan have supported Delhi’s criticism of the BRI during Prime Minister Narendra Modi’s visit to Washington in June and Prime Minister Shinzo Abe’s visit to India in September. Delhi, Tokyo and Washington have also begun a serious conversation on working together on Indo-Pacific infrastructure development.

But first to the three recent developments that underline the growing political momentum behind the BRI and the prospects for finding an alternative. Chinese leader Xi Jinping’s consolidation of power at the just-concluded 19th Congress of the Chinese Communist Party lends new momentum to his signature external project — the Belt and Road Initiative — that seeks to connect Europe and Asia as well as the Indian and Pacific Oceans. In a measure of the project’s importance and Xi’s current dominance over the party, the 19th Congress has agreed to write the BRI into the CCP’s constitution.

Meanwhile, the return of Prime Minister Abe with a sweeping mandate in the snap general elections to the lower house of the Japanese parliament on Sunday should help reinforce Tokyo’s own programme to promote connectivity in Asia. In 2015, Abe had announced the partnership for quality infrastructure (PQI) with a fund of nearly $110 billion. In an enhanced version of the initiative announced in 2016, Japan plans to spend about $200 billion during the next five years on infrastructure projects around the world. Unlike China, Japan brings much greater experience in executing development projects in third world countries and is offering much better terms for its assistance.

Well before Xi announced the BRI in 2013, Abe had unveiled a new vision of regional connectivity. During his first term as prime minister, Abe visited India in 2007 and in his address to Parliament talked about “confluence of the two seas”. More recently, he expanded on the concept by talking about a “Free and Open Indo-Pacific”. It now calls for connecting “two continents” — Asia and Africa — and “two oceans” — the Indian and Pacific through trans-border connectivity corridors.

In a major speech last week, the US Secretary of State, Rex Tillerson, outlined a strong critique of China’s Belt and Road Initiative. Describing China’s development assistance as “predatory economics”, Tillerson accused Beijing of undermining the sovereignty of its neighbours in Asia. He echoed India’s criticism of the BRI by saying China’s projects burden host countries with large debt and conditions that force a swap of debt for equity and strategic control of assets.

India has every reason to be pleased that its views on the BRI are finding resonance. But it is not enough to win the argument against the BRI. What India needs is to provide a real alternative. Delhi has seen countries like Sri Lanka and Burma express political reservations against some of the Chinese infrastructure projects, suspend some of them, but eventually renew the engagement with Beijing.

Tillerson, for example, recognised that “many Indo-Pacific nations have limited alternatives when it comes to infrastructure investment programmes and financing schemes, which often fail to promote jobs or prosperity for the people they claim to help. It’s time to expand transparent, high-standard regional lending mechanisms — tools that will actually help nations instead of saddle them with mounting debt. India and the United States must lead the way in growing these multilateral efforts.”

The US has also begun to put some money down for infrastructure development in the region. Tillerson pointed to the $500-million agreement between Washington and Kathmandu that will “invest in infrastructure to meet growing electricity and transportation needs in Nepal and promote trade linkages with partners in the region like India”. He also revealed that the US has begun consultations with other countries in the region about providing alternative financial mechanisms to China’s BRI.

India’s emphasis in the coming days must be three-fold. One is to press ahead vigorously with the large number of infrastructure projects that it has undertaken with its own resources in the Subcontinent and the Indian Ocean. Second is to intensify the current discussions with the US, Japan, Europe and other partner countries to coordinate their regional infrastructure initiatives as well as take up joint projects in the Indo-Pacific. Third, Delhi must quickly find ways to overcome its many institutional limitations in implementing projects in other countries.

Offering an alternative to China’s BRI is not about a zero-sum rivalry with Beijing. By demonstrating the possibility for sustainable infrastructure development, Delhi and its partners can improve the bargaining capacity of smaller countries vis-a-vis China and might eventually encourage Beijing to discard its predatory geoeconomics and turn the BRI into a genuinely cooperative venture.