Supreme crisis: CJI’s conduct has sent signal he is above all principles of natural justice

Whatever may be the background circumstances that led to the filing of the affidavit, a judge has to act as a judge. Alleging conspiracy theories for which they themselves have furnished no evidence does not befit a judge 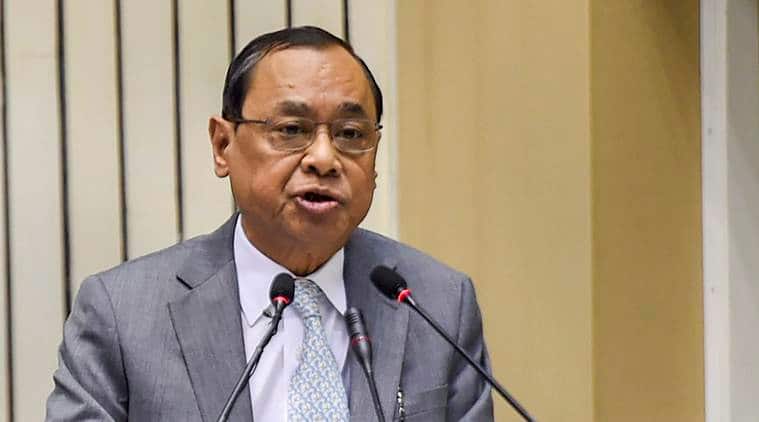 The Chief Justice’s conduct has sent a signal that he is above all principles of natural justice, above all due process, above all law and entitled to be a judge in his own cause.

The allegation of sexual harassment against the Chief Justice of India (CJI), is now turning into a crisis of credibility, not just for the CJI but the judiciary and our constitutional scheme of government as a whole. No one should prejudge the veracity of the allegations; they need to be investigated. But it is effectively the Supreme Court, the CJI and the government that have prejudged the matter. The affidavit containing the allegation seems to have a lot of information that can easily be verified or disproved. The complainant has herself not gone the sensational press conference, or public route. Rather the petition seems more like a cry for help; it seeks protection more than it seeks justice. There are other conspiracy theories floating around, counter allegations being levelled. But instead of being the body that can credibly cut through this fog of conspiracy, the Court and the government have themselves added fuel to the fire of conspiratorial thinking.

But this has become a crisis that goes beyond the authority of the CJI. The Chief Justice’s conduct has sent a signal that he is above all principles of natural justice, above all due process, above all law and entitled to be a judge in his own cause. Even if he is innocent of the charges, he has displayed gross incompetence and lack of judgment. He needed to have created a mechanism where he was not involved. Worse, his remarks were more petulant than dignified. But more seriously it is he who has compromised the independence of the judiciary by politicising the case.

Whatever may be the background circumstances that led to the filing of the affidavit, a judge has to act as a judge. Alleging conspiracy theories for which they themselves have furnished no evidence does not befit a judge. Moreover, the way in which the “two” judge-bench was constituted violates the demands that were behind the whole press conference drama this very CJI had participated in. By not fixing issues of process and bench allocation, he has now made it even more difficult for any future judges to complain about wrongdoing in the Court. His conduct has generated more cynicism. It has lent credence to the idea that the purpose of protest wearing the mantle of reform in India is never reform; it is simply to displace existing holders of arbitrary power and replace them with others.

But the case has become a larger crisis of credibility. There are some candid, articulate and brave lawyers, who have openly voiced their consternation and the Supreme Court Bar Association has called for a full Court inquiry into the matter. But the fact that the Bar Council chairman and a large number of lawyers could also so easily prejudge the matter without due process speaks volumes about our understanding of law and justice.

It has become a large crisis of credibility for the Court itself. Judges are, very rightly, severely constrained in the forms of protest they can use in institutional matters. They cannot voice their opinions freely. But the Supreme Court judges will be burying their heads in the sand if they assume the ramifications of this case are going to be only for the CJI. Unless they exert informal pressure as a collective to make sure due process is done, cynicism about their own motives and conduct will also grow. The CJI has also, implicitly, expressed his distrust in them, by not reposing faith in a full Court to investigate this matter. The Chief Justice never fails to invoke independence of the judiciary; but that independence is always premised on internal systems of accountability, formal or informal, working. It is always premised upon the health of the internal culture within the Court. If 20 plus Supreme Court judges, with the authority they command, cannot create a credible internal culture, the independence of the judiciary is dead
anyway.

The politicisation of this case in all its dimensions is not a good portent for the judiciary. The government rushed to politicise it by prejudging the matter, and lending credence to conspiracy theories. Conspiracy theories have the effect of dispensing with the need for any explanation whatsoever. There is only one certain effect of alleging a conspiracy theory: Diminishing faith in the system as a whole. They also have another effect, which is that once unleashed, they become common currency of thinking about institutions. The Supreme Court has itself seen that downward spiral with successive chief justices, now shrouded under conspiracy theories. There is no doubt that if these allegations are a conspiracy, it would be a serious matter. But it is precisely for that reason that the inquiry into these allegations must be the most credible possible.

But there is a larger social point here as well. We have often spoken of the ways in which the political class can attack institutions and undermine them. We live in an age where the credibility of all the institutions of mediation is under question. There are larger currents at work here. Populist politics regards these institutions as enclaves through which small elites exercise power; large numbers of citizens think these institutions are irremediably corrupt. In an age of social media, there is a general clamour for disintermediation: Even in court cases, we settle guilt or innocence on Twitter. These general pressures on institutions are only going to get exacerbated in the coming months. But the story of the destruction of these institutions is largely internal, at the hands of professional classes. By betraying the demands of our professionalism, we have exacerbated the general pressure on these institutions. The Chief Justice has now become the prime example.

The only authority these institutions can command is the power of their exemplarity. These institutions, for their very identity and legitimacy, depend upon form. It is true that, sometimes, form can be a fetter, used to obstruct rather than deliver justice. But when the highest authorities in the land show open disdain for form, it will only encourage a broader instrumentalism about institutions. The Chief Justice’s conduct becomes symptomatic of the broader impatience with institutions.

With each successive crisis in the Court, we have tended to individualise it, as if just a change of personal here and there would solve the issue. But each of those crisis has shown up a larger, more systematic pathology: The utter lack of judgement in those from whom we need judgment the most.

The writer is vice-chancellor of Ashoka University. Views are personal.

This article appeared in print under the title: ‘Supreme crisis’