Why we need a caste census

Tejashwi Yadav writes: If inclusive development is the constitutional priority of our country, then we must demand the socio-economic caste enumeration and make it publicly available so that our development policies and programmes can be accordingly shaped. 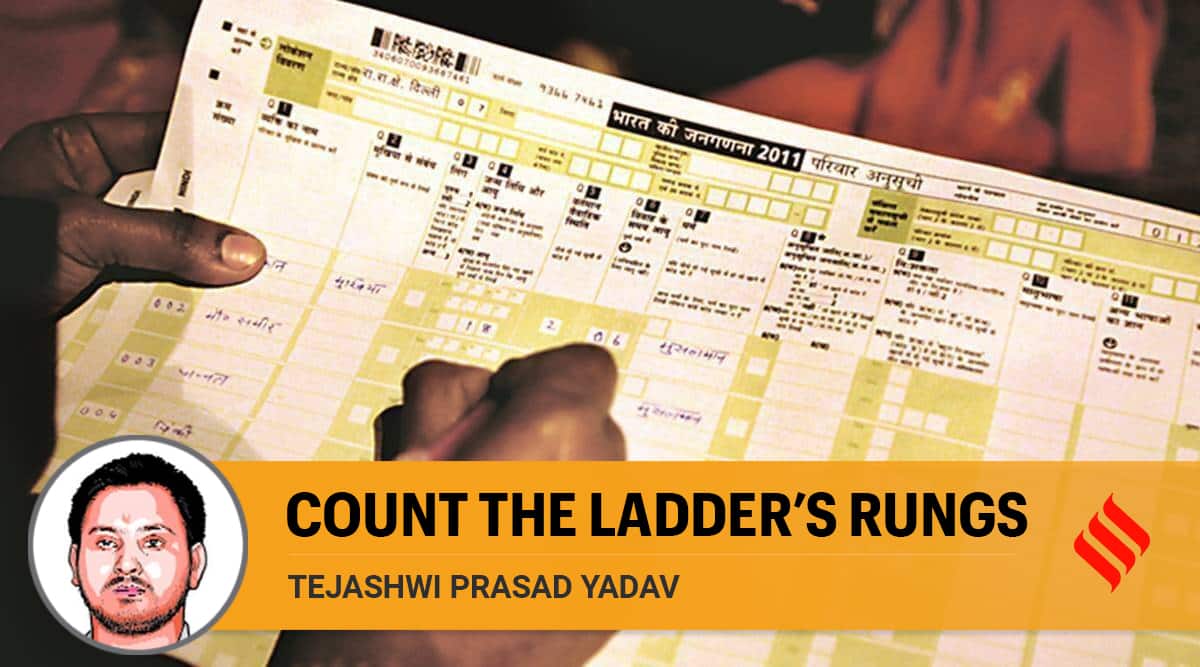 The demand for a caste census or updated numerical status of castes has been strongly raised by several leaders and civil society activists committed to the philosophy and ideology of social justice for over three decades.

I write this in the context of the affidavit submitted by the Union government on September 23 in the Supreme Court stating that the caste census in 2021 would not be “feasible”. This excuse stonewalls the collective demand from across India for data that would have provided a context for a new paradigm for inclusive development based on contemporary realities. Further, the government’s argument that their stance follows from the “conscious” decision taken since 1951 to not have such an enumeration is bad in both reasoning and intent. It is bad in reasoning because such granular data will allow the government an opportunity for targeted policy-making. Why would it let such an opportunity pass? It is bad in intent as well because the government need not go back to 1951 — just a few years ago several of its incumbent ministers explicitly promised a caste census. It is not “feasible” for the government because, like many other promises, the promise to conduct a caste census was also a jumla, just empty rhetoric.

The demand for a caste census or updated numerical status of castes has been strongly raised by several leaders and civil society activists committed to the philosophy and ideology of social justice for over three decades. My father, Lalu Prasad Yadav, together with colleagues from other political parties raised the need for such data inside as well as outside Parliament. The objective behind this demand was to bring out the unseen aspects of various caste groups and their share in resources. Such data would tell us not only the exact population of various caste groups but also help assess the so-called inclusive development since independence. In the light of these important concerns, and despite opposition by some mainstream political parties, in 2011 the then UPA government decided to conduct a caste census under pressure from subaltern voices.

For more than 70 years, we have heard from all governments about poverty alleviation, ending unemployment, and equitable distribution of resources. While absolute poverty has increased manifold, the inequality between castes and classes is widening day by day. Several national and international pieces of research have revealed the bitter truth about the precarious life situation of Dalits, backward classes, and minority groups on the parameters of education, health, and employment, and their further marginalisation is a tragedy of our times. Numerous studies have shown that the dominant elite, comprising less than 10 per cent of the population, corners 90 per cent of the resources and a large section of these groups has been preventing the policies of the state from becoming pro-people. Each and every voice against these dominant groups have been suppressed by successive governments under one pretext or another.

If inclusive development is the constitutional priority of our country, then we must demand the socio-economic caste enumeration and make it publicly available so that our development policies and programmes can be accordingly shaped with an avowed commitment to empowering the people and communities on the margins. Development indeed is a very important constituent of empowerment, so the decision to prioritise it cannot be left to those who own 90 per cent of the resources. In contemporary discussions, it does not seem right or appropriate that the meaning of growth should be determined only by the fluctuations of the Sensex, which more often than not lacks the human face and touch.

The ruling elite as well as some members of the mainstream media have been suggesting that the demand for making the caste census public may lead to casteism in every sphere. Such fear-mongering needs to be dealt with objectively. We shall counter the misleading propaganda around this issue with facts and well-grounded arguments. Let us ask some valid questions with regards to the contemporary development paradigm, which goes with the rhetoric of Sabka Saath, Sabka Vishwas. Who are the people carrying out occupations that offer neither dignity nor adequate livelihood? Who are the workers who have absolutely no social security and are always one crisis away from destitution? Who are the people migrating from our villages for uncertain futures in cities? Why does the welfare state or at least the government — which is otherwise very inquisitive — not seem interested in knowing who these people are? Does their caste determine their economic status or their agency to speak for what is fair?

We were also told that an alarmingly high percentage of the people in rural India are landless. Today, there is a need to make public the figures of caste and land ownership so that we can deal with this dire situation by developing sensitive and inclusive intervention plans. Is it spreading casteism if we ask who is homeless in urban areas or what is the social background of the daily wage worker? Just querying the caste character of poverty, backwardness, and marginalisation cannot be and should not be dubbed an attempt at promoting casteism. In fact, going by the spirit of the Preamble of the Constitution, we must ensure that our public policy is in sync with the critical realities of our times.

Many friends claim that poverty has no caste. But all studies and research conducted around inequality show that poverty is entrenched among the subordinate castes. How does questioning the participation and lack of engagement of these groups in our development story become speaking for casteist politics? The bitter truth is that real casteist politics is the one that takes a “conscious” decision to cover up the privileges of a handful of people and does not find it “feasible” to redress the dire condition of crores of its citizens.

This column first appeared in the print edition on September 25, 2021 under the title ‘Count the ladder’s rungs’. The writer is Leader of Opposition, Bihar Legislative Assembly

Despite having highest Dalit population, no cabinet berth from any Doaba Dalit MLA 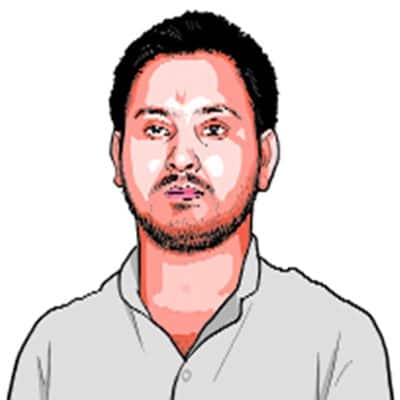 Tejashwi Yadav<em>The writer, 25, is the RJD candidate from Raghopur in the Bihar as... read more