Can there be a post-Covid capitalism?

Dhiraj Nayyar writes: Instead of waiting for governments to react under popular pressure, corporates must themselves set out on a different path, placing commitment to sustainability and community alongside pursuit of profit 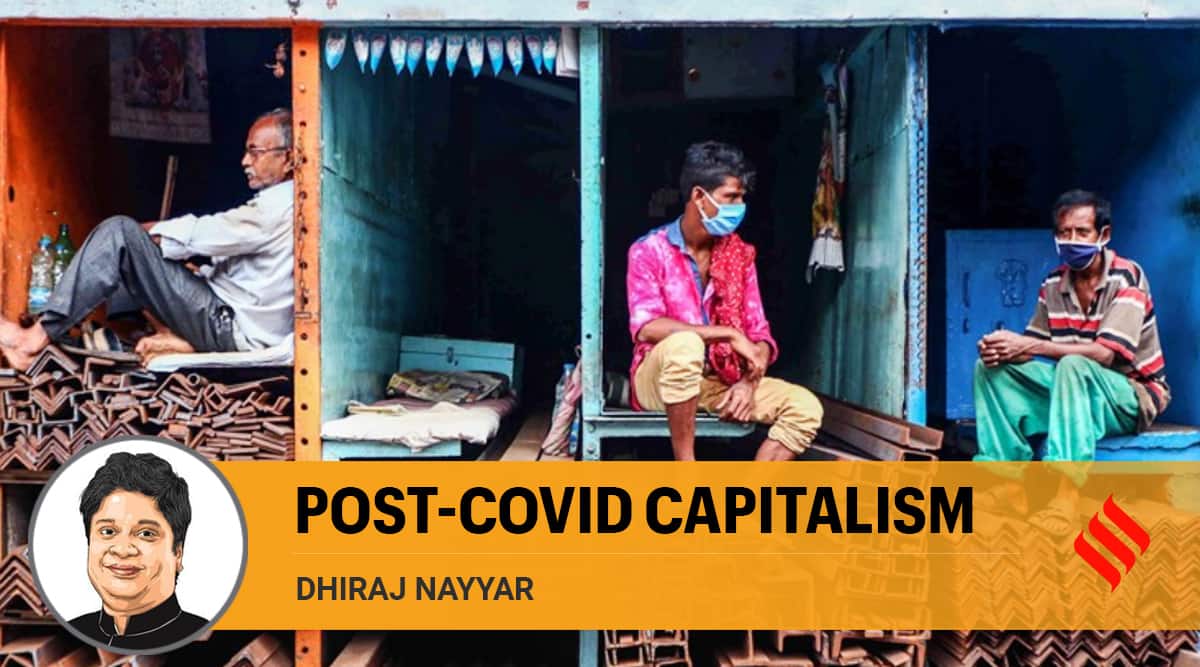 Will the aftermath of Covid-19 alter global capitalism in a way that the global financial crisis of 2008 did not? Intuitively, it does not seem obvious. After all, the 2008 crisis was caused by the excesses of global finance, the poster child of capitalism, whereas the 2020 economic crisis was caused by a pandemic that spilled over to the economy. If capitalism didn’t cause this crisis, why should it need to change? Counter-intuitively, it may.

For a start, the global financial crisis was the first of its kind in eight decades (after the Great Depression). While the current pandemic is also the first of its kind in nine decades, the dire economic consequences are very similar to those of just a decade ago. What is also similar is the policy response that has followed both the 2008 and 2020 crises — the textbook Keynesian prescription of the government stimulating a depressed economy by using monetary and fiscal instruments.

Now, people are all too familiar with how it pans out: Cheap liquidity preserves the wealth of the asset-owning classes even as the real economy stalls and those dependent on wages struggle. Once the crisis ebbs, large corporates bounce back quickly. However, over-stretched governments head towards a debt/fiscal crisis which eventually forces austerity, hitting those dependent on government handouts. It is this inequality in outcomes that is unlikely to get a free pass this time.

Already, the G-7 has pledged to maintain a minimum level of corporation tax. There have also been calls for additional taxation, particularly on the assets of the wealthy. While these may have merit, they also put policymakers on a slippery slope, particularly in countries like India, where entrepreneurs have had to deal with blunt and counter-productive instruments of the state for several decades.

Instead of waiting for governments to react under popular pressure, corporates must themselves set out on a different path. The time is ripe for a new capitalism, which need not abandon the profit motive, but must place alongside it a commitment to sustainability, communities and “giving back”.

Covid-19 has brought home the fragility of human life and the deeply interconnected fate of humanity. Outside of the pandemic, there is no better example of this than climate change which, if left uncontrolled, could devastate the world. While governments negotiate, corporates must respond with voluntary commitments to mitigate climate change. Climate change mitigation should be at the core of all business models going forward.

Interestingly, India implemented the concept of corporate social responsibility as part of its legal framework a decade ago. This mandates that firms spend at least 2 per cent of their net profit on activities that benefit society. In many ways, the idea was ahead of its time, even if it amounted to taxation through the backdoor. Now, it ought to be rendered irrelevant as government regulation and become a part of doing business successfully. In addition, promoters need to come forward to pledge more of their wealth towards philanthropy.

There may be scepticism around the ability of the private sector to work for the greater good. But it is already happening — not because of government regulation, but because of investor pressure. Progressive actions towards the environment and society are being rewarded by investors. The absence of such progressive actions is being penalised. Market forces are, after all, embedded in society. They are perfectly capable of moving beyond profit.
Globally, the real challenge for society, government and capitalists comes from the new-age tech capitalists. They have a different playbook, one which has never depended on profit but on cornering market share and generating massive valuations, even at huge losses. They are the new monopolists or oligopolists who don’t exercise their power over society by charging a supernormal price. In fact, a lot of them provide goods and services at hefty discounts.

Instead, what they seek is to control information and influence choices. Of course, many of the promoters of such enterprises are philanthropists but society and governments have a different set of concerns on how they exercise power. Some response is inevitable.

An imperfect world is passing through a perfect storm. There will be big changes on the other side. Capitalism will survive. It could thrive by choosing its own pathway or it could stumble along under the hammer of big government fuelled by populist backlash.

This column first appeared in the print edition on June 22, 2021 under the title ‘Post covid capitalism.’ The author is chief economist, Vedanta