The income transfer scheme was the highlight of the budget. But its success will need deft manoeuvring. 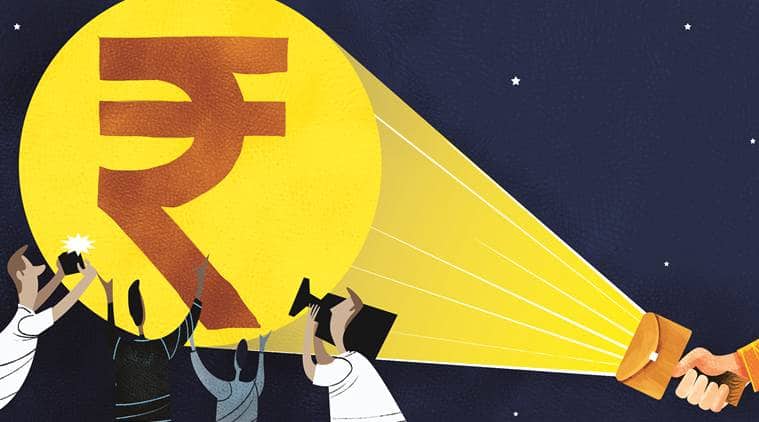 It’s not all rosy, however. In the current financial year, extra-budgetary spending was Rs 1.4 trillion higher than what had been budgeted. (By Suvajit Dey)

Like in each of the previous two years, the run-up to the budget this year was rife with fears of significant fiscal slippage if the government caved in to political compulsions. And like in prior years, these fears turned out to be exaggerated. The decline in fiscal deficit ratios has indeed stalled, and at nearly 6 per cent, India continues to have one of the highest general government (that is, states plus Centre) deficits globally. But an important message was that the downward glide path of fiscal deficits was not disrupted.

A measure of “crowding out” is government borrowing from bond markets as a share of incremental deposits in the banking system: This ratio is now down to 33 per cent as the net bond issuance budgeted for the next financial year is unchanged from levels seen eight years back, a period in which the economy has grown substantially. That is, the government’s excess spending, funded through borrowings, is now appropriating a smaller part of the financial savings and leaving more for the private sector.

It’s not all rosy, however. In the current financial year, extra-budgetary spending was Rs 1.4 trillion higher than what had been budgeted. Ninety per cent of that amount was from the Food Corporation of India. While higher inventory holding likely explains a large part of this Rs 1.2 trillion increase, one wonders if some unfunded food subsidy may have contributed too.

Governments also have this tendency to give aggressive tax collection targets that make the deficit appear low, but then later in the year are forced to make course corrections. Are the tax targets for the next year too aggressive? They appear to be somewhat stretched, but achievable. The economic growth estimate of 11.5 per cent, taking the GDP to Rs 210 trillion, may be slightly optimistic, given how weak inflation has been in the past several months, even if the government’s consumption stimulus shores up activity levels. Budgeted growth in direct tax collections at 15 per cent appears high, but is lower than what has been achieved over the past two years and thus more credible, given the significant widening of the tax base, and some recovery in corporate earnings.

The 18 per cent estimated growth for GST collections seems to assume an improvement in compliance. As government functionaries have frequently stated in the last few quarters, GST collections thus far have been nearly completely voluntary. There has been very little enforcement and follow-up. Post elections, the government may re-start the move towards e-way bill or invoice-matching, and also permit tax officials to question the accuracy of the self-assessments made by entities.

The highlight of the budget was the Rs 750 billion income transfer scheme for farmers. Even though this was widely anticipated, this is a policy innovation whose impact is hard to model. Most income transfer schemes so far have been experiments on small sets of people in particular villages or townships. The impact of a scheme with 117 million farmland owners is likely to be significantly different.

How will the recipients use these transfers? Will some microfinance companies create loan products where these payments become the instalments, and the recipient gets Rs 25,000 upfront instead of Rs 2,000 thrice a year? Will these funds be used to repay existing loans from money lenders? Will these funds be used to buy Rs 500 of better food every month, send the kids to a private school, invest in sowing the next crop, or used to buy a bicycle? Will they save all or part of it? Each of these choices will very likely be made by some individuals, but the collective impact would depend on how many chose to do what.

Will it be inflationary? Theoretically, a sudden rise in demand where supply takes time to respond should create inflation. If for argument’s sake, everyone used these funds to send children to private schools, there could be a shortage of schools and teachers and the price of schooling would rise. But this risk is low: At about a third of a per cent point of GDP, this is small. The diffused nature of this transfer (a small sum to a large number of people), makes it unlikely to cause a demand surge for any particular good or service. Rs 6,000 per year may mean a 30 per cent addition to some households’ income, and 5 per cent to others: This would show up in how they spend these funds as well.

If this had been structured as a monthly income scheme, with double the transfer per recipient for half as many beneficiaries, the impact on inflation may have been higher. Such a scheme would have most likely boosted food demand: This is nearly 60 per cent of the consumption basket of the target population. If you have ever asked how a country with one of the lowest milk consumption per capita can have an oversupply of milk for several years, the answer is that milk at current prices is unaffordable to many. If the demand for milk, meat, fruits and vegetables, that is, more expensive calories, was boosted, the stalled channel of income transfer from the rich to the poor, which is food prices, would have restarted.

This stimulus should boost growth, which has been fading rapidly in the last several months. Most indicators of economic activity had been showing a steady slowdown in the last several months. There were some measures in the budget to support the real-estate market as well as developers, but we believe that the challenges of the non-banking finance sector are likely to overwhelm any positive impact of the fiscal measures announced.

An income transfer scheme was somewhat inevitable, and such a scheme will likely continue for many years. After a certain stage of economic development, it becomes difficult for average per capita agricultural incomes to keep pace with the rest of the economy, as land productivity becomes a limiting factor. Moving workers away from agriculture is the only sustainable solution: In the interim, such schemes can provide temporary relief. But given how little we understand about its potential impact, policy-makers need to be agile in making design changes to maximise the gains without having damaging side-effects.