Boxed in by Pakistan

India has the options. It needs the imagination India needs to respond, either practically or by signalling. (Source: PTI)

Five years after the nuclear tests, India published its doctrine, which spoke of “no first use”, minimum credible deterrence and implied a massive retaliatory strike if attacked with nuclear weapons. Although Pakistan’s doctrine is still unwritten, there is no ambiguity in New Delhi that Pakistan intends its nuclear arsenal to deter India’s conventional forces by nuclear first use. Since 1998, there have been three Indo-Pak crises in what might be called a nuclear environment. They are the Kargil conflict, the post-Parliament attack mobilisation and the attack on Mumbai in 2008. It was, however, Operation Parakram after the Parliament attack scenario that led to much theorising on the salience of nuclear weapons. The inability to mobilise the Indian army’s strike corps quickly enough led to talk of a “cold start” as a possible course of punitive action. Although cause and effect  can only be speculated upon, Pakistan in 2012 deployed short-range nuclear-tipped missiles that could be used as battlefield nuclear weapons.

Between 2002, when Operation Parakram was executed, and 2012, an argument has been conducted in a shadowboxing kind of manner between India and Pakistan. The Indians have held that Pakistan’s ongoing strategy of abetting terrorism in India will lead to reprisal using India’s conventional superiority, and Pakistan’s nuclear weapons will not deter it. Delhi and the three Indian armed forces did nothing, however, to implement any change in strategy or hardware to execute this punitive reprisal, apart from what had already been designed for a regular state-to-state conflict. Words such as “war below the nuclear threshold”, “space for conventional war below the nuclear threshold” and “full spectrum deterrence to close the threshold gap” were used. Normally countries that rely on nuclear deterrence resort to what is called “nuclear signalling” to convey nuclear intentions to the other side. Signalling should, over time, create stability, thereby avoiding nuclear crises. In South Asia, Pakistan has resorted to more and not always measured nuclear signalling, while India has been over-reticent in conveying nuclear intentions. The result is that there is deep nuclear instability in the Indo-Pak relationship, which unfortunately resembles no other bilateral nuclear relationship of the Cold War. There are no precedents to go by, particularly in the use of terrorists by Pakistan as an instrument of state policy, along with nuclear weapons.

The result is that there is a tactical imperative on India to resort to a conventional punitive strike which, in a stable nuclear environment, would be hazardous. A couple of army chiefs who declared that India has the ability to wage a conventional war below the nuclear threshold were silenced by an obstructive defence minister, signalling Indian confusion to the Pakistanis. Pakistan’s tactical nuclear weapons (TNWs) have been seen by India as a signal that the window for a conventional strike has been closed, thereby boxing India in between terror and TNWs.

India needs to respond, either practically or by signalling. The establishment has so far preferred to do nothing, implying that India’s nuclear doctrine is meant to perpetually signal its intentions of massive nuclear retaliation. The BJP manifesto speaks of “revisiting” the nuclear doctrine. This is eminently sensible after 16 years because the circumstances have altered. What options does India have? The first is to adhere to the existing doctrine and signal that intention as India’s response to Pakistan’s changed inventory. It is important that India disregard Pakistan’s nuclear threshold in its determination to punish it for a major terror strike by resorting to an overland armoured strike. This option is better than doing nothing, because a reinforced nuclear signal is sent that we consider the doctrine to be adequate against Pakistan’s TNWs. A second option is to remove all references to “massive”, substituting it with “punitive”. This is of huge consequence. First, it reinforces India’s intention to punish terror with conventional war. Second, it deters the use of TNWs at the perceived nuclear threshold to fight “past” it. Third, it signals the readiness to fight an escalatory nuclear war and therefore the threat not to go there. The second option certainly has advantages over the first.

A third option is to signal readiness to punish terror by “means not necessarily limited to army action”. This option requires much homework by the navy and air force, which have to provide better answers than normal attritional warfare. War-gaming is called for. The government should also hasten the setting up of a long-overdue, strong special operations command. A fourth option is to threaten to fight “through” TNWs by overtly preparing to fight an armoured battle “through” a nuclear attack which, incidentally, has already been gamed by the Americans as producing negligible tank casualties. Appropriate nuclear signalling is also required. So getting out of the box is not difficult, with many options available to India in facing simultaneous threats from terror and TNWs.

The writer, a former rear admiral in the navy, is author of ‘A Nuclear Strategy for India’ 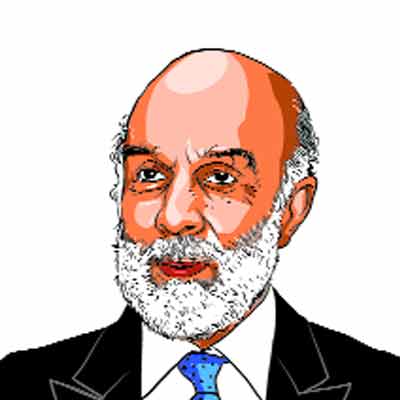 Raja MenonThe writer, a former rear admiral in the navy, is author of ‘A Nucle... read more