Non-availability of official data has allowed unofficial estimates about employment growth in India to flourish. 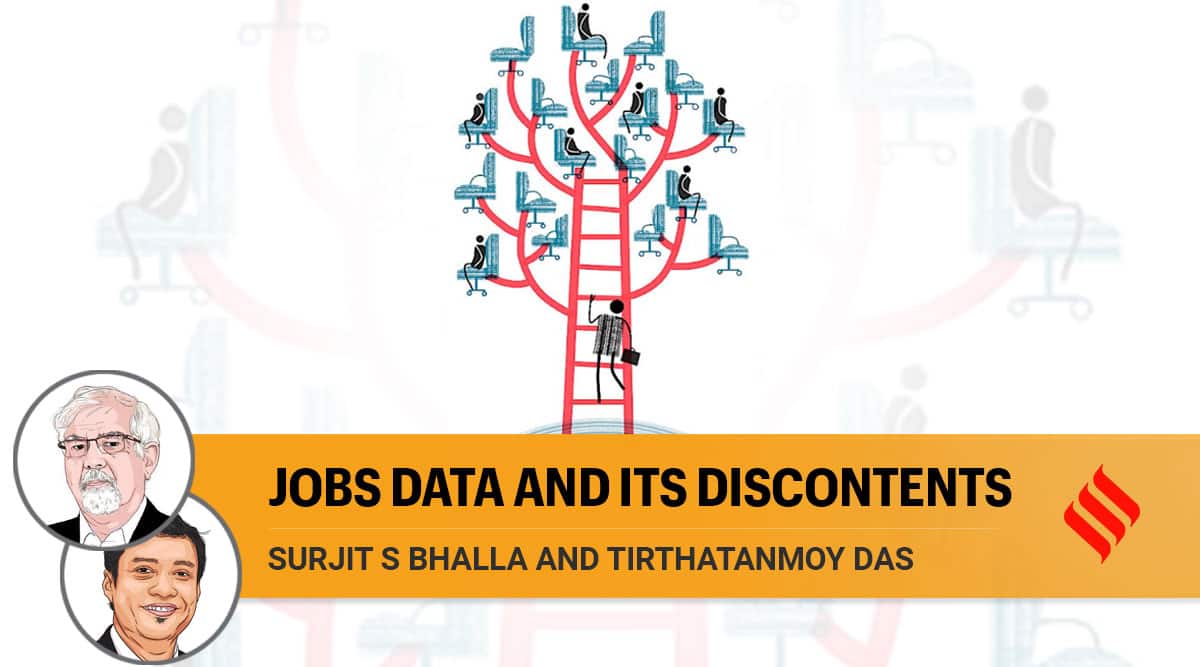 Non-availability of official data has allowed unofficial estimates about employment growth in India to flourish. (Illustration by C R Sasikumar)
Listen to this article
Both government and non-government data show a healthy employment gain since pre-Covid 2019
x
00:00
1x 1.5x 1.8x

It is said that data is the new oil. Given this reality, data is the new politics, especially when official data are not present. There is considerable interest, and therefore a virtual cottage industry in comparing the GDP and employment outcomes between the last pre-Covid year 2019 and the first post-Covid year 2022. As acknowledged by virtually all international organisations, Indian GDP growth, at 7 per cent, is expected to be the fastest among the G20 economies.

There is an equal interest in comparative (and absolute) performance in terms of job growth. For most economies, it is too early to tell. But there are pointers. Employment recovery in the US has surprised many, and in 2022, employment in the US averaged 152 million a month, up marginally from its 2019 level of 150.9 million. US GDP was 3.7 per cent above the 2019 level, compared to India’s 8.4 per cent. Comparing with 2019 is correct — neither 2020 nor 2021 would be appropriate years of comparison since both years suffered from Covid effects.

ExplainSpeaking |Udit Misra writes: The nuts and bolts of a Union Budget

Unfortunately, while employment is a very important policy concern, data in India is scarce. Profound changes in fertility, workforce, income generation and labour force participation of women are happening. But we don’t know because government data is being released on a delayed and irregular basis. In 2017-18, the NSO launched its periodic labour force survey (PLFS) with the promise that a timely quarterly employment series would be made available for urban areas, and an annual all-India series made available, after the completion of the July-June agricultural year. Unfortunately, this promise has not been kept, despite India being amongst the top two economies in the world for computer software, and the leading economy in terms of financial payments technology. The introduction of computer tablets over the years has considerably lessened, if not removed, concerns about the timeliness of data input. The time taken from the end of survey collection to tabulation/publication has been reduced to less than a month. Yet MOSPI is finding it difficult to release collected and processed data on time (“normal” MOSPI lag is six to nine months).

Hence, the last available urban PLFS survey results (and these also in the form of a press release) are for the period July-September 2022; a quarterly bulletin with survey details is awaited, as well as the annual report, and data, for 2021-22.

For urban areas only, one can assess the nature of employment expansion since 2019 by comparing the worker-participation rate for July-September 2022, with the corresponding pre-Covid July-September 2019 — urban employment increased by a healthy 10.7 per cent in India, a rate matching the exceptional comparative growth in GDP noted above (see table).

Non-availability of official data has allowed unofficial estimates about employment growth in India to flourish. One such unofficial estimate is in the form of a jobs bulletin jointly produced by Ashoka University’s Centre for Economic Data (CEDA) and CMIE. In complete contrast to the recovery in GDP between 2019 and 2022, the CEDA-CMIE study (The Long Road to Recovery, Preeta Joseph and Raashika Moudgill) claimed that 14 million jobs (3.4 per cent of the workforce) were lost between month of January 2020 and month of October 2022.

The reason that month is italicised is because CMIE itself does not report monthly data on employment (at least none that we have seen). What the CEDA-CMIE report does is to synthetically construct monthly estimates from each set of data — January-April, May-August and September-December. Doing so yields the result that for the age-group of people more than or equal to 15, employment declined by 14 million in 2022 (or 3.4 per cent) between January 2020 and October ’22.

How plausible is the CEDA-CMIE conclusion that employment declined by 3.4 per cent at the same time as GDP increased by 8.4 per cent? Both numbers cannot be right. If both are right, then labour productivity in India in 2022 would be unrealistically high at 11.8 per cent above the 2019 level!

India has been undergoing an extensive transformation in education (the youth opting for education rather than jobs). It is for this reason that the 25-64 age group might be considered the most “representative” of the job market. Nevertheless, we report the results for all five groups. In stark contrast to the CEDA-CMIE claim of a loss of 14 million jobs between January 2020 and October 2022, we find that for the same age-group (>=15 years), the non-interpolated, non-synthetic original CMIE data for the calendar year 2019 and 2022 shows a loss of only 4.7 million. And as documented above, the PLFS data for urban India alone shows a gain of 16 million between July-September 2019 and July-September 2022.

There are other more substantial reasons to doubt the credibility of the CPHS-CMIE data. The CPHS-CMIE female labour force participation rate (FLFPR) for 2019 is observed to be 11 per cent; for 2022 it is reported to be even lower at 8.7 per cent. The latest CPHS-CMIE data for urban FLFPR is a low 6.3 per cent (for September-December 2022). All these estimates are not only the lowest observed for India, but the lowest observed for any country, at any time, in recorded world history. PLFS estimates of FLFPR are close to three times higher than the CMIE estimate (around 27 per cent versus 9 per cent).

The CPHS-CMIE estimates of urban male LFPR are also troublesome, but less so than female LFPR. In 2022, urban male LFPR of 68 per cent for PLFS is almost 10 percentage points higher than the CMIE estimate of 59.4 per cent. Even though CMIE and PLFS define employment differently, it is difficult to explain such a large difference in LFPR estimates obtained from the two sample surveys.

We have been examining the authenticity and reliability of the CPHS-CMIE data (“What does the evidence show?”, NCAER presentation, June 9, 2022) over several years and have found the data troublesome. We are not alone. The World Bank, in its report on Indian poverty, first accepted and then explicitly rejected the CPHS-CMIE weights and constructed its own weights in order to derive results about consumption and poverty reduction in India. For the uninitiated, (population) weights are the backbone of any household survey.

The non-timely release of the PLFS data emphasises the need for the government to introspect why its own data is kept unprocessed and/or delayed. No matter what the cause, the data are lost for all practical purposes. In this fast-moving world in which policy is meant to be made, official government data, collected, and tabulated, is staying in some government computer. If the collected data had been released on time, this article would have been unnecessary, as well as speculation about speculative job losses. 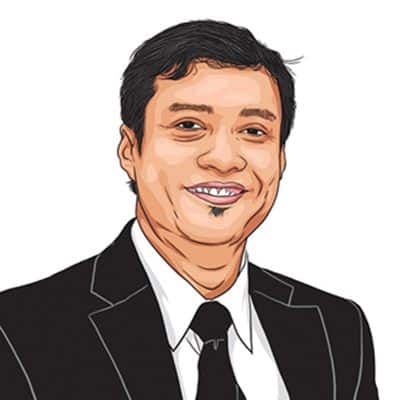