Muslims don’t have just one voice. They speak for more than just the community. 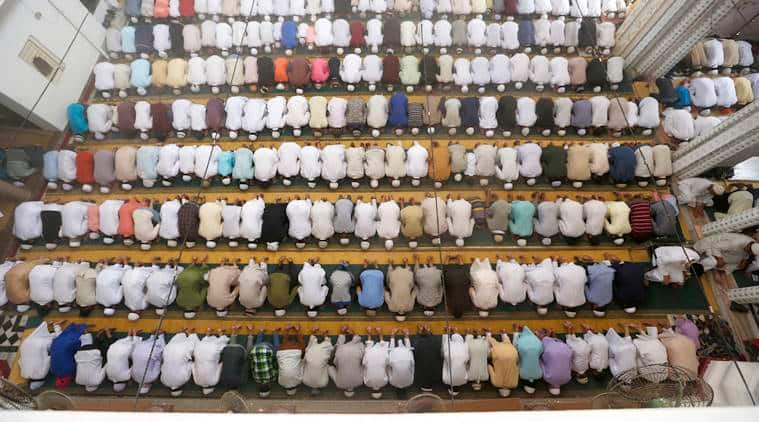 The problem is that nobody, including sections of the badgered community in question, gives Muslim voices any credit for representing and caring for anything greater than the narrowly perceived factional interests of the community. (Source: AP)

It is a truth universally acknowledged that a beleaguered and hounded minority must be in want of a “protector” political party. No matter how little is known of the views expressed by a few members of such a minority at a meeting with a leader of a political party out of power, this truth is so well fixed in the minds of the detractors that they are considered the rightful target of more scepticism and scorn.

The problem is that nobody, including sections of the badgered community in question, gives Muslim voices any credit for representing and caring for anything greater than the narrowly perceived factional interests of the community. Is this a reflection of how India’s policy space has long come to be occupied by a jumble of incongruent schemes catering only to factional interests? Or is it that we have reached a point where our collective imagination spontaneously aborts a spirit of accommodation?

Is this really the state of affairs? The answer is in the affirmative. The democratic process of electing representatives to govern society on our behalf has turned into an “election war” between conflicting lobbies and interest groups. So much so that this present BJP government has arguably spent all of its four years in power in frantic sleights of hand. It has ignored that power gained through elections is for governing, not just for winning more elections. All its interventions in any institution, be it universities or the judiciary, have been marked by this double-dealing. All this while the Narendra Modi-led BJP has achieved remarkable clarity in the targeting of Muslims. Its spokespersons have exploited the imagery of Muslim women, minority institutions, kabristan, Jinnah, Taj Mahal, the Rohingya, the cow to make it clear that this is a government not for Muslims.

In such an atmosphere, I got a chance to meet Congress President Rahul Gandhi. Like many other individuals in the motley group, I cannot claim to represent all Indian Muslims but I am willing to speak as a Muslim. A Congress win in 2019 is not imminent. Rahul Gandhi is far from being an acceptable candidate to lead a coalition of parties. Why did we meet him? Perhaps because the opportunity seemed to offer an unencumbered political engagement.

In the meeting, some people reminded Rahul Gandhi that Indian Muslims made a political choice of not leaving for the newly-created Pakistan at the time of Independence because the Congress of Gandhi, Nehru and Maulana Azad had promised them a secular India. Others pointed to the inadequacy of policy provisions and constitutional protection for Muslims. Some even advised him to not talk about Muslims but be relentless in raising issues of justice and equality for all. They said this perhaps because they think this would stall the juggernaut of communal polarisation. That this would put an end to the politics of “tokenism”, which the BJP and a large section of Indian media affectionately call “appeasement”. Or, perhaps they simply believe that justice and equality for all would suffice for Muslims.

Rahul Gandhi assured those present that he has no reservations about raising issues of targeted violence. He also said that the polarising hate-machine was not really as powerful as people thought — India is far too complex for that. And he told stories of his discussions with ordinary people to illustrate his arguments.

I told Rahul Gandhi that I would hate to have him leave the meeting thinking that Muslims have just one singular voice. I told him that there is such thing as “Indian Muslims” not because of a negative choice against Pakistan but because we belong to India. I told him that young Muslims care deeply about equal citizenship, and that most Muslims at the moment would think it great if they were just allowed to go about their everyday lives in peace, without fear. To his credit, he protested and said, “But that’s not fair [to have such a low] expectation”. The reality is that we are far from any notion of fairness.

Despite the media circus around it, which began even before the meeting did, I came away scarcely able to avoid the temptation of hope. Hope that perhaps it is still possible for a coalition to come together — despite having some or the other core constituencies — to represent and accommodate the concerns of the entire people of India. I am trying to sustain this hope in the face of cynicism of those more experienced and wiser.

In the run-up to the 2019 general elections, the BJP and the Modi government have been ruthlessly galvanising real and imaginary faultlines in an attempt to reconfigure community relations. Will the spoils of this “election war” be handsome for the BJP and its ideology? It is hard to foretell. The landscape of the “backlash of the old power” is dotted not just with lynchings but also with demonetisation and GST. For this very reason, it would be difficult to conclude that any electoral setback that the BJP might suffer in 2019 is indicative of its ideological defeat. Sadly, we will not be able to confidently say that the vote against the BJP is a rejection of its communal politics.

In the race for treating citizens as insatiably curious for ‘breaking news’ but critically inert, the most well-intentioned journalists and media houses interrogated those Muslims who met Rahul Gandhi as if trying to get criminals to confess. To talk to each other civilly without demands, without accusations, without whataboutry, without reserve and while looking forward is now an abominable crime condemned on Twitter and Facebook, the public sphere of so-called “New India”.

Who is scared of dialogic minds — listening, disagreeing, concurring, illustrating, and persuading — in interaction? Who is scared that people may build coalitions guided by common counsels? Who objects to people adapting their factional interests in view of mutual interests? Ghazala JamilGhazala Jamil teaches at the Centre for the Study of Law and Governanc... read more