Where are the Indian-Australian politicians?

Australia has not embraced cultural and ethnic diversity in parliament to the same degree as Britain and the US, where Indian-origin politicians were elected to government as early as the 1890s and 1957, respectively Australians of Indian origin are yet to make substantial inroads into Australian legislative institutions. (File photo)

Australians of Indian origin are yet to make substantial inroads into Australian legislative institutions. They participate in many sectors of the Australian economy and society. Many are well educated and earn high incomes. Most speak English and, coming from a democratic country, understand democratic political processes. But this group has not risen to political leadership in numbers proportionate to the size of the community in Australia.

The most recent census in Australia (2016) found that approximately 6,19,000 people, or 2.6 per cent of the population, traced their ancestry to India. Of them, approximately 3,76,000 people, or 1.6 per cent of the population, had Australian citizenship (officially defined as Australians of Indian origin) — a key eligibility criteria for holding political office. But very few Australians of Indian origin have been elected at federal, state or local levels. A 2018 study by the Australian Human Rights Commission showed that 94 per cent of members of the Federal Parliament had either Anglo-Celtic or European heritage.

Australians of Indian origin account for 0.5 per cent of representatives in the federal parliament, 0.7 per cent in the Victorian state parliament, and even lower proportions for local councils in New South Wales (NSW) and Victoria.

They are doing relatively well in the NSW state parliament, where they account for 1.5 percent of elected representatives.

In May-December 2019, I conducted interviews with eight Australians of Indian origin, some of whom had been elected to parliament and others who were unsuccessful, to find out the opportunities, barriers and challenges they had experienced. Interviews were also conducted with nine leaders and members of the Indian diaspora in Australia.

A major finding is that the complex process of preselection by political parties is a significant hurdle. There is a perception among the respondents that regardless of the contribution of these candidates to the community, first preference in winnable seats is given to candidates with Anglo-Celtic backgrounds. One of them said, “…political parties put Indian-Australian and Asian candidates in seats where it really does not make a difference because it is a safe opposition seat.” Another asked: “Are they saying …[this is] not the image of what Australia looks like?” Further, both first- and second-generation Indian migrants lack the social and professional networks that connect them with politicians and parties. “Party power brokers often ‘pluck’ or handpick sharp, bright scholars from Melbourne and Monash Universities to become policy advisors to politicians: […] Eventually, party faction power brokers endorse them as party candidates,” another respondent informed. Though many Australians of Indian origin have tertiary qualifications, few, if any, appear to have been “plucked” from universities.

Community members and leaders interviewed criticised the calibre of Australians of Indian origin who stood as candidates in recent state and federal elections. They felt many lacked the skills to articulate a policy agenda or handle the media. They also reproached candidates who stood for the anti-non-white immigration party — Pauline Hanson’s One Nation — because these candidates failed to appreciate the values they saw as fundamental to the community.

Australia has neglected to embrace cultural and ethnic diversity in parliament to the same degree as nations such as Britain and the US, where politicians from Indian migrant backgrounds were elected to government as early as the 1890s and 1957 respectively, when the Indian diaspora was comparatively minuscule.

Australian political parties should address the under-representation of ethnic minorities with resolve similar to the efforts undertaken to redress the under-representation of women in parliament. They should take note of programmes such as Canada’s Prime Minister’s Youth Council and the US’ New American Leaders Project. The Australian Labor Party is currently piloting Poliversity, a programme that advocates culturally-diverse leadership. They should also initiate communication training for political candidature to broaden the pool of talent amongst Australia’s Indian diaspora and other minority groups.

Harnessing the talent of future generations of Australians of Indian origin and other minority ethnic groups by channeling resources to initiatives that act as pipelines to future candidates is another imperative. Political parties could tap into the expertise of existing groups, such as the Federation of Ethnic Communities Council of Australia, the Ethnic Communities Council of Victoria and the Diversity Council of Australia, which already work in areas of diversity and inclusion.

This article first appeared in the print edition on March 3, 2021 under the title ‘The diversity gap’. The writer is post-doc and Hon. Fellow, Asia Institute, University of Melbourne

Emergency was wrong but today’s India like Egypt and Saudi: Rahul 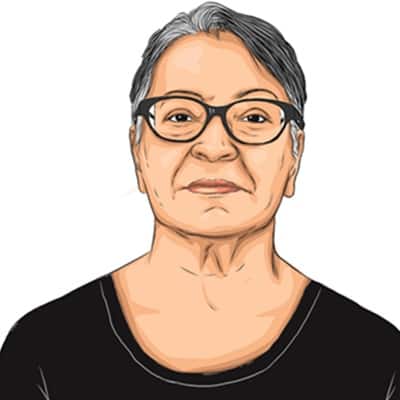