Assam education is in search of a Hindutva narrative

It is clear that Himanta Biswa is in search of a narrative that belittles the previous Congress government. 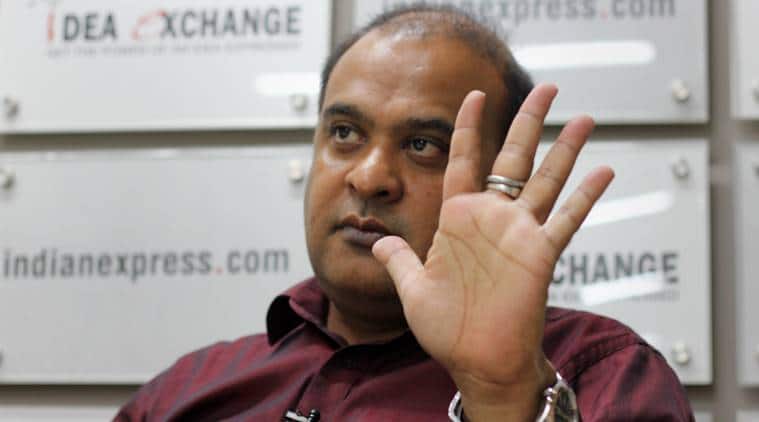 The BJP’s victory in Assam last year was to a large extent due to Himanta Biswa Sarma, who holds the Education portfolio. (File)

It’s been a full year since the BJP won with a resounding margin in the Assam elections, winning 61 seats out of 126 in the legislative assembly. Clearly, there’s nothing like a first anniversary to make a reality check of the party’s performance, especially in the education sector.

Plagued by long years of political upheaval and sluggish economic development, education has always been an important social indicator to gauge political success in Assam. But the state’s Human Development Report 2014 portrays a dismal picture. While the state of basic infrastructure, like school buildings, electricity, sanitation and drinking water is abysmal, the report calls for immediate attention to teaching standards.

It points out that the recent introduction of Teacher Eligibility Test (TET) has not been successful. All told, parents are increasingly sending their children to private schools, while the exodus to other states and metros like Delhi, Kolkata and Mumbai grows.

Of course, this is not new. The decline, in fact, is as old as the Assam Movement which started in 1979 and was led by the powerful student organization, All Assam Students’ Union (AASU). Students abandoned universities to join politics, even losing an academic year in 1980-81. The turbulent decade that followed hardly improved matters.

When the Congress party won in 2001, the people hoped things would get better; they did, for some time, until populist measures like the distribution of computers and laptops to students clearing the10th examination with 1st division transformed the idea of learning to rote memory. The quality of teaching fell drastically.

But hope is a quality central to man and Assam has large doses of it. The BJP’s victory in Assam last year was to a large extent due to Himanta Biswa Sarma – the second in command – who holds the Education portfolio; in the Congress’ Tarun Gogoi government, he had held this ministry as well. Sarma’s reputation of being a man of action has stood him in good stead.

However, it now seems that Sarma is guided by his recent political indoctrination to Hindutva rather than by a vision of transforming the state education scenario. The government’s decision to grant Rs 10 crore to the schools run by Vidya Bharati, a sister organization of RSS, is a pointer in this regard.

The minister’s recent shocking disclosure in the Assembly, that it has been standard practice for years to manipulate and augment the pass percentage of the 10th examination conducted by Board of Secondary Education, Assam (SEBA), shows his desperation to wipe the slate clean of his own long stint in the Congress. According to him, around 22-23 percent of the candidates clear the higher secondary-level exam annually.

But the results are manipulated by SEBA to inflate the pass percentage to over 60 percent. Sarma blamed previous Congress governments for this sorry state of affairs, but kept very quiet about his own role in the entire matter.

It is clear the Education Minister is in search of a narrative that belittles the previous Congress government, thereby hoping to erase from public memory the fact that he was the most important cog in the Congress wheel in this arena.

The minister’s fixation with government-run madrassas is an example of his recent fondness for promoting Hindutva than a real intent to reform education. A few months ago, Sarma announced that state-run Madrassa schools would be closed only on Sunday and not on Friday, a day which is considered holy in the Islamic calendar and which has been general practice in Assam. He went on to point out that it was only madrassas in Pakistan and Bangladesh that remained closed on Friday.

Certainly, the comparison with Bangladesh and Pakistan was not only unwarranted but reeked of a communal agenda, as Madrassa education in Assam has its own historical context. The Madrassa Education Board was established as long back as 1934 and has been regulated since. There are more than 700 schools under this board.

Madrassa education could have very easily been modernised. But it seems the state has other plans. A few days ago, Sarma tweeted that separate directorate for Madrassa education would be abolished and its functions supervised by the Board of Secondary Education.

It is too early to comment on the modalities of this proposed change. However, one needs to be watchful of the manner in which Sarma is surreptitiously pushing a saffron agenda. This certainly doesn’t augur well for Assam which is rightfully proud of its long cherished secular tradition in education.