Afghan president’s search for reconciliable elements within the Taliban could intensify divisions in the country’s ruling coalition. 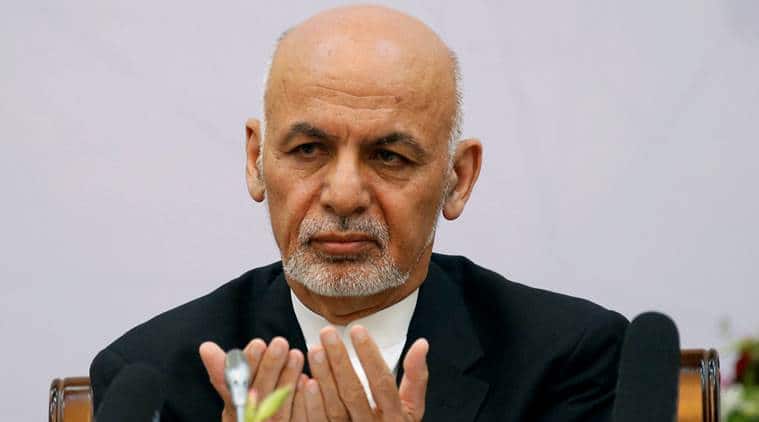 One of the most difficult moments in any war is when to bid for peace. If made from a weak position, the peace move could simply hasten defeat. With a strong hand, though, it could help accelerate a positive shift in the structure of the conflict. It is by no means clear at this stage where the Afghanistan President Ashraf Ghani’s peace offer to the Taliban last week might lead to.

In offering unconditional talks to the Taliban, pessimists say, Ghani is walking down the slippery slope towards surrender. After all, the Taliban’s territorial control in Afghanistan has steadily expanded in recent years. It is now said to control or influence nearly 50 per cent of the nation’s territory. The Taliban, with its sanctuaries in Pakistan, has been able to mount spectacular terror attacks in Kabul at will despite massive security. Amidst intensifying violence in Afghanistan, civilian casualties have risen to more than 10,000 in 2017.

Meanwhile, Ghani’s own position vis-a-vis his partners at the national level and his authority over the provincial governments is coming under greater strain. After three massive attacks in February that killed nearly 200 people in Kabul, an angry Ghani vowed revenge against the Taliban in the battlefield. For many observers, his about-turn in proposing unconditional peace talks is a reflection of Ghani’s difficult situation. Pessimists also worry that any significant concessions to the Taliban will further intensify the divisions within the ruling coalition and sap Kabul’s ability to negotiate as a coherent entity.

Optimists, however, point to the fact that Ghani is not alone in the war against the Taliban. They hope that Washington’s renewed commitment to prevent a military victory for the Taliban and the Trump administration’s growing pressure on Pakistan to stop destabilising Afghanistan could yet change the dynamic in Kabul’s favour. They see the recent decision of the Financial Action Task Force of the United Nations to put Pakistan on the grey list and Islamabad’s promise to address international concerns as a positive sign.

But first to Ghani’s peace package unveiled at a peace conference in Kabul last week. It includes a ceasefire, release of prisoners, the promise to recognise the Taliban as a legitimate political force, a review of the constitution, and a transition to a new order guaranteed by the international community. There is no question that this is the most generous peace offer ever made by Kabul. That in itself is an acknowledgement of the Taliban’s renewed relevance for the political future of Afghanistan.

Until now, Kabul was arguing that any integration of the Taliban would be on its terms. By offering unconditional talks, Kabul may be suggesting that the political structure set up after the Taliban was ousted from power at the end of 2001 is now up for renegotiation. Meanwhile the Taliban persists in its refusal to engage the government in Kabul, which it considers illegitimate. The Taliban has offered to talk to the United States, instead, about the timelines for the withdrawal of American troops. Unlike its predecessor in Washington, the Trump administration, however, refuses to set a date for withdrawal.

In a letter circulated in Washington last month, the Taliban was playing on the sentiments of those Americans who think that the US war in Afghanistan, now in its 17th year, is not winnable. Even “if the policy of using force is continued for another one hundred years,” the letter said, “the outcome will be the same… America must end her occupation and must accept all our legitimate rights including the right to form a government consistent with the beliefs of our people”.

On its part, the government of Pakistan has welcomed Ghani’s peace offer and has promised “wholehearted support” to the peace process. But Pakistan’s credibility is rather low. Many suspect that the Pakistan army has no political intent to moderate the demands of the Taliban that it has nurtured all these years. For Rawalpindi, the investment in Taliban is about controlling the political future in Afghanistan. It is unlikely to abandon the Taliban just when it is getting closer to regaining its position in Afghanistan.

Sceptics point to the Pakistan army’s rejection of the massive peace overture from Ghani to the Pakistan army a few years ago. What has changed, of course, is the pressure from the Trump administration on Rawalpindi to stop supporting terror in Afghanistan. How this tussle between the two plays out in the coming weeks will have a significant bearing on the eventual outcome in Afghanistan.

If Washington has demonstrated more political will than before in pressing Pakistan to change course, a surprised Rawalpindi is doing everything to fend off US pressures. It would want to appear cooperative in the latest round of peace efforts without giving away too much. It would fully mobilise old friends in Beijing and new ones in Moscow to blunt the current American thrust in Afghanistan.

The Shape of Winners