India and ASEAN agree on their outlook to the Indo-Pacific. They must act in concert. 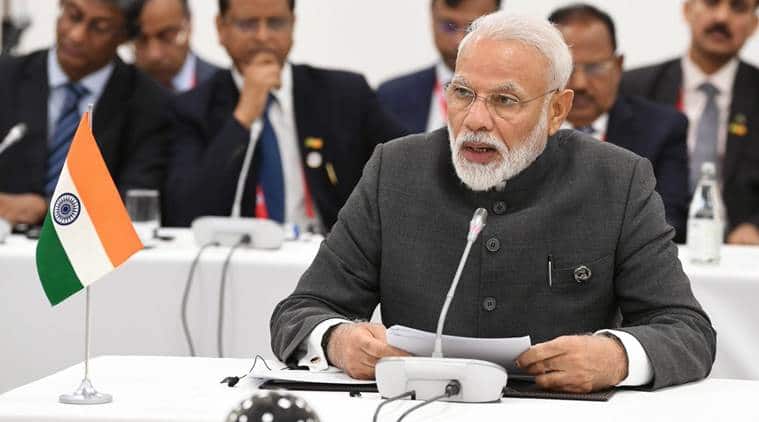 At the 34th ASEAN summit in Bangkok, the leaders of the 10-nation grouping finally came out with their positions on the Indo-Pacific region in a document titled ‘ASEAN Outlook on the Indo-Pacific’. While ASEAN has not spelt out what it considers to geographically constitute the region, there appear to be several similarities between the Indian and ASEAN approaches to this critical subject.

Acknowledging that this is a very important part of the globe from both a geo-political as well as geo-economic perspective, the group clearly wants developments here to be ASEAN-centric and even ASEAN-led. The Outlook “envisages ASEAN Centrality as the underlying principle for promoting cooperation in the Indo-Pacific region, with ASEAN-led mechanisms… as platforms for dialogue and implementation of the Indo-Pacific cooperation”. This approach of ASEAN heaves closely to the Indian position, which was best articulated by PM Narendra Modi in his Shangrila dialogue address on June 1, 2018, where, in reference to the Indo-Pacific region he had stated, “Southeast Asia is at its centre. And, ASEAN has been and will be central to its future. That is the vision that will always guide India…”. This similarity of approach works well for both sides, since we already have sizeable areas of cooperation within the “ASEAN Plus India” and the East Asia Summit frameworks, and we already work together in many of the ASEAN-led platforms and vehicles of cooperation.

A second objective of the ASEAN group, as far as the Indo-Pacific is concerned, is to promote an enabling environment for peace, stability and prosperity by upholding a “rules-based regional architecture”. India, too, seeks such an order which must equally apply to all individually as well as to the global commons. The new ASEAN Outlook specifically refers to the UN Convention on the Law of the Sea (UNCLOS) while talking of peaceful resolution of disputes, which can be interpreted as being squarely aimed at China and its aggressive actions in the South China Sea. India too believes that when “nations make international commitments, they must uphold them” including in freedom of navigation, unimpeded commerce and settlement of disputes. Once again, there is a close harmony of views between India and ASEAN.

The ASEAN Outlook clearly has an inclusive approach to the region as it visualises “avoiding the deepening of mistrust, miscalculation and patterns of behavior based on a zero-sum game”. India has also stated that the Indo-Pacific region is not an exclusive club aimed at any country but must be inclusive, aiming at security and prosperity for all in the region. This is none other than PM Modi’s idea of SAGAR, which he has elaborated extensively in his many visits within the region, including recently at the Majlis of the Maldives. Once again, we see the similarities between India and ASEAN which are starkly different from the idea of a waning power taking on an emerging one in its backyard.

Finally, the Outlook makes it amply clear that the objective of security and stability is the continued growth and development of all countries in the region through greater connectivity, more trade and higher investment. Here too, free, fair and balanced trade by sticking to the rules of the game will be very important, so that extreme imbalances can be cut out and prosperity shared by all — not confined to the few. Whether ASEAN and others in the region can ensure such fair behaviour is something which we will have to work towards. ASEAN pressure on India to ensure completion of the Regional Comprehensive Economic Partnership (RCEP) by the end of 2019 is a case in point. Obviously, India will sign on only when it believes it has got as much in return for what it gives.

Strikingly, no countries have been named in the ASEAN Outlook. It is not being positioned as a new strategy of ASEAN, but a continuation of what have been ASEAN goals and objectives for decades. It is clearly mentioned that no new structures will be created, but that existing ones will be optimally utilised for achieving some of the goals stated in the Outlook. The East Asia Summit (EAS) will be one such platform where not only are China and Japan present, but also Russia and the United States. The ADMM (ASEAN Defence Ministers Meeting) Plus framework will also come in handy on defence and security matters.

There is great similarity and parallel in both thought and approach between the Indian and ASEAN positions on the Indo-Pacific Region. As middle or balancing powers that do not want to be in a position to have to choose sides between the big players, there is common ground between the two. This, in turn, dictates our positions on this very topical issue. As we all know and realise, it is becoming increasingly difficult to navigate on a trapeze string without falling off. Individual countries or groups of nations are now being called upon to back one side against the other. This is difficult for both ASEAN as well as India.

A concert between the balancing powers is, therefore, the requirement of the day. India should quickly seize the moment of the announcement of the ‘ASEAN Outlook on the Indo-Pacific Region’, and institute a new dialogue with the 10-member grouping so that we can both further calibrate our approaches in this very important matter. Together, we shall have more say on this subject than we have individually, and that will stand us in good stead. A Track-1 India-ASEAN Indo-Pacific dialogue should be instituted at the earliest.