The myth of Owaisi’s polarisation

The option of letting a Muslim represent Muslims and giving Asadduddin Owaisi a seat at the Mahagathbandhan table does not seem to have occurred to anyone. 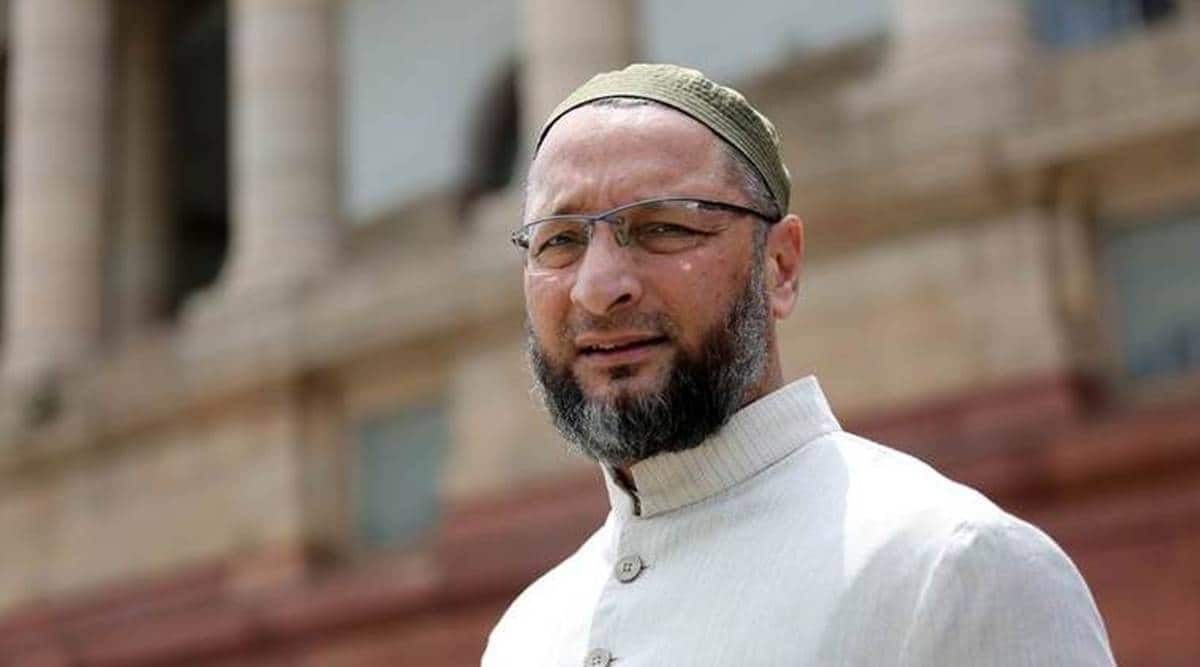 There has been much disquiet in the “liberal” circles over Asadduddin Owaisi’s rise in national politics as the face of India’s Muslims. There is great indignation over how he is cutting the Congress-Mahagathbandhan vote share and directly benefitting the Sangh Parivar.

Writing about the Congress’s landslide victory in the 1937 provincial elections in Bihar, Maulana Azad in his book India Wins Freedom wrote that the general secretary of the AICC, Syed Mehmud, was the natural candidate for the position of chief minister of the first autonomous provincial government in Bihar. But voices within the Congress, led by Rajendra Prasad, felt that a Muslim chief minister would alienate the majority and so Krishna Sinha was called from the Upper House of the Central Legislative Assembly in Delhi and groomed for chief ministership: “One has to admit with regret that the nationalism of the Congress had not then reached a stage where it could ignore communal considerations and select leaders based on merit without regard to majority and minority.” This extract was part of the portions that Maulana Azad had left out of the original text of his book and willed that they be released 30 years after his death, as he felt India was not yet ready for it when he was writing. Azad died in 1958, and these portions were released in a revised edition only after a court order in 1988. Maulana Azad, however, made a gross error of judgement in his assessment. India would still not be ready for this insight 30 years after his death.

Eighty-three years after the election of the first autonomous provincial government in Bihar, nothing seems to have changed. While a Muslim chief minister is no longer even a distant dream, the “secular” intellectuals of our country are now complaining that Owaisi even contesting the elections in Bihar led to the polarisation of the electorate. It is a strange animal, this electorate of their imagination. It was not polarised by the demolition of the Babri Masjid or by the riots in Mumbai and elsewhere that followed, nor by the riots in Gujarat in 2002 or North-East Delhi in February 2020. The electorate is not polarised by mob lynchings of Muslims on the suspicion of cow slaughter, or by the attempts in the shape of legislation passed by both Houses of Parliament to make religion a ground for granting citizenship, nor by a law in Uttar Pradesh that effectively criminalises marriages between Muslims and non-Muslims. The electorate of their imagination only gets polarised when a Muslim with a beard and a skullcap contests an election.

The indignant and entitled expectation is that the least a Muslim can do to help “us” defeat the saffron juggernaut is to not have political ambitions of his or her own. Owaisi’s stated belief is that the parties that claim to be secular have failed to adequately represent Muslim interests since Independence. In this belief, he may be right or be wrong. But what cannot be denied is that this is a moment of introspection where inclusive politics needs to reinvent itself and try to understand where it has failed. We all hope that something more meaningful, more inclusive and more lasting will emerge from this introspection. But those who do not have any solution of their own to offer are still convinced that the alternative Owaisi suggests, that of a Muslim party representing Muslims, is not the right one. As it is, the sad reality of this country is that despite being a London-educated barrister and experienced politician having the right politics and speaking the language only of nationalism and inclusion, Owaisi can never come to represent Indians at large. His best-case scenario will always be to represent Muslims, not because he is a bigot of any colour, but because he is too Muslim. And yet, the expectation from him is to leave aside his political ambition and let others more qualified to represent the larger national interest (read someone, anyone, who is not Muslim) lead us in this battle against right-wing nationalism. Owaisi may have managed the feat of obtaining a foothold in the legislative assemblies of four states and taken the AIMIM from the status of a regional to a national party in just two years, something Kejriwal has been aspiring to do but is nowhere near achieving for AAP, but he is still looked upon simply as someone cutting into the anti-BJP vote share.

The truth is that the “liberal” world is no less wary of beards and skullcaps than the Sangh Parivar. Liberalism was born in Europe as a movement against the temporal power of the Church and it still hasn’t found its peace and balance with religion. There is a big difference between being religious and being communal. We need to understand that Yogi Adityanath’s failing is not that he wears saffron, it is his exclusionary policies. And likewise, we need to look beyond Asad Owaisi’s beard and skullcap at his politics before we decide if he is liberal enough for our tastes.

Meanwhile, the alternatives presented to the Muslims of India is to either let the tide of communalism wash them away or to please step back and let others fight on their behalf. As another Asad, Asadullah Khan Ghalib said:

Gham-e-hasti ka ‘Asad’ kis se ho juz marg ilaaj/
shamma har rang me jalti hai sahar hone tak
(There is no cure for the sorrow that is your existence, Asad
like a lamp, you are destined to burn in every circumstance until dawn appears.)

The writer is a Delhi-based lawyer