As Indian economy heads towards an uncertain but pivotal moment, growth is the only answer

Amartya Lahiri writes: In its absence, relying on redistribution to fight poverty only guarantees a lot of poor people 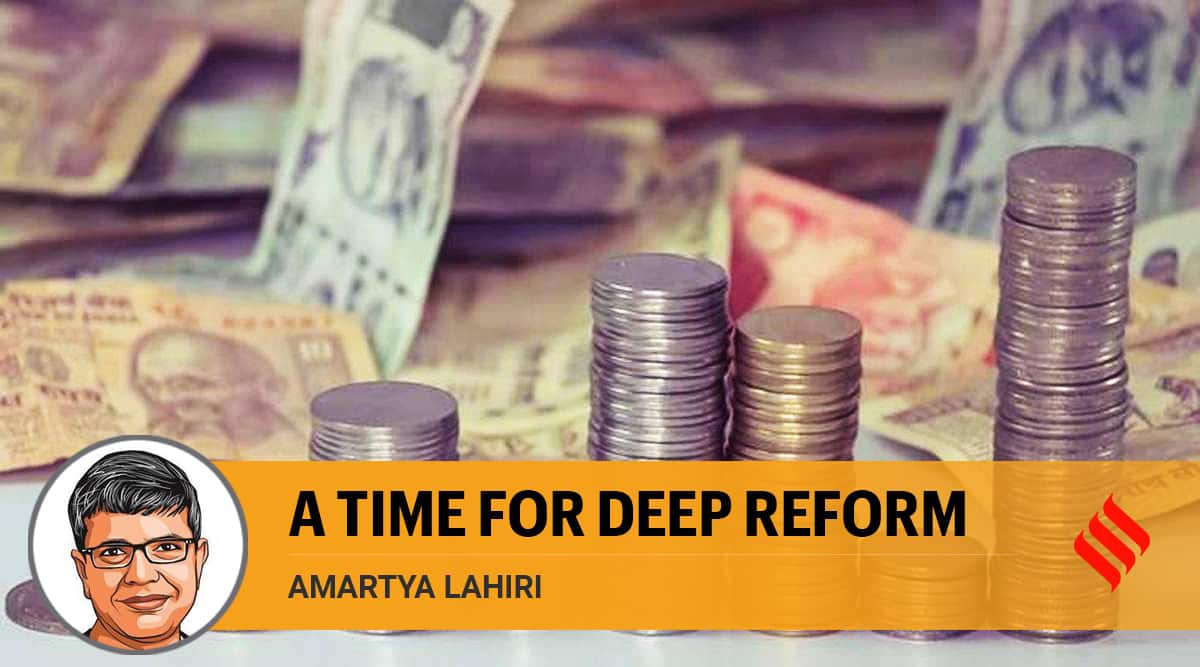 The Covid contraction was preceded by almost 13 quarters of continuous decline in real GDP growth.

The Indian economy is heading towards an uncertain but pivotal moment. It is coming off a historically poor run with the economy having shrunk by a post-Independence record 7.3 per cent in 2020-21. This contraction was also an order of magnitude greater than the 3.3 per cent contraction of the world economy in 2020. In other words, India did poorly with respect to both its own past and the rest of the world. The economy is now expected to return to its pre-pandemic level of GDP only in 2022. The pandemic will effectively have cost India two years of lost income growth.

This isn’t the only bad news. The Covid contraction was preceded by almost 13 quarters of continuous decline in real GDP growth. This backdrop of declining growth and the precipitous Covid contraction is likely going to reverse decades of progress in lifting Indians out of poverty.

A little background on poverty in India is useful here. The percentage of Indians living below the poverty line (the Headcount Index) in 1985 was almost the same as in 1952. In effect, India made little progress in poverty reduction between 1952 and 1985. It is only after 1991-92 that India began to make significant progress in fighting poverty. A 2016 study by World Bank affiliated researchers Gaurav Dutt, Rinku Murgai and Martin Ravallion found that during the period 1992-2012, the Headcount Index declined by around 25 percentage points. On a cumulative basis, the post-reform period lifted over 200 million people out of poverty between 1992 and 2012.

The big difference between the pre and post-liberalisation phases was the doubling of India’s GDP growth rate. The welfare dividends of this growth turn-around can also be found in measures of economic inequality. In a series of recent research papers, Viktoria Hnatkovska and I have found evidence of declining gaps in wages and household consumption between SC/STs and non-SC/STs during 1983-2012. There is similar evidence of decreasing gaps between rural and urban workers during this period. In short, the growth pick-up after 1991-92 lifted the economic fortunes of many disparate socio-economic groups.

With this background on poverty alleviation in India, consider the following facts. A recent study by researchers at the Azim Premji University estimates that 230 million people may have fallen below a poverty measure of Rs 375/day in rural India and Rs 430/day in urban India between January and October 2020. In a separate study, the Pew Research Center estimates that the number of Indians living below a more conservative measure of $2/day increased by 75 million in the space of a year since the pandemic struck. In other words, the economic contraction of 2020 has reversed a large part of the poverty reduction that was achieved over the past three decades. And, while absorbing these facts, note that these studies do not consider the ravages of the second wave and its effects on the financial health of households and firms.

The key lesson to take away from this history of poverty alleviation in India is that the most effective way of helping the poor is faster economic growth. Social welfare programmes that work through redistributive schemes can at best be complementary mechanisms that provide social insurance against bad luck in the labour market or in health. But, in the absence of growth, relying on redistribution to fight poverty only guarantees a lot of poor people.

So, what are India’s growth prospects going forward? Unfortunately, both domestic and external conditions look fraught. On the external side, the most favourable aspect is the ongoing return of the advanced economies towards economic normalcy. The economic recovery in the advanced economies will create demand for products from the rest of the world, including India.

The external conditions however also have potentially severe headwinds.

First, there are signs of rising inflation in advanced economies which typically induces a monetary tightening cycle. Second, there is rising concern in advanced economies about the need to normalise the monetary policy stance by raising interest rates from their current near-zero levels. As growth and inflation firm up in these economies, the pressure to raise rates will only grow. These forces will make foreign capital more expensive, which will put downward pressure on an already tepid investment rate as the cost of finance rises. Third, public debt levels in advanced economies have risen sharply during the pandemic as they responded to the crisis with debt-financed fiscal expansions. There will be belt-tightening which will likely temper demand. Fourth, the increase in global oil prices presents yet another external constraint.

Domestic economic conditions were already problematic leading into the pandemic, which was the reason for the swoon in growth rates since 2016. The NPA overhang in the banking sector has not been rationalised. The economic contraction of last year will have only worsened the situation. The uncertainty surrounding the economic environment had already induced an investment slowdown before 2020. None of that has dissipated. Rather, the botched vaccine policy has now created additional uncertainty regarding the state of public health going forward.

Given the acute lack of available fiscal resources, the most promising way forward for the government is to embrace regulatory reforms in labour and land markets which go beyond collecting different codes into one head and calling it a reform. India’s salvation lies in the growth of large-scale low-tech manufacturing. This is the only sector that can employ the 10 million new workers joining the labour market annually at wages that reflect their aspirations. Without reforms that reduce the risks of hiring labour and acquiring land, this sector will not grow. And, public sector divestment has to be embraced on a war-footing.
The fiscal costs of deep reforms are low, but their economic returns are potentially high. Of course, meaningful reforms have potentially high though uncertain political costs. It is time to pay the piper.

This column first appeared in the print edition on August 12, 2021 under the title ‘A time for deep reform’. The writer is Royal Bank Research Professor of Economics, University of British Columbia 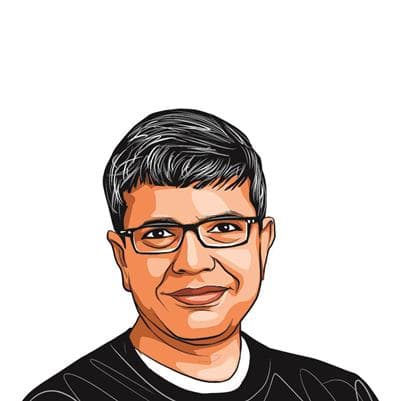