As India stays away

The Trans-Pacific Partnership has implications for India’s integration with the world economy. 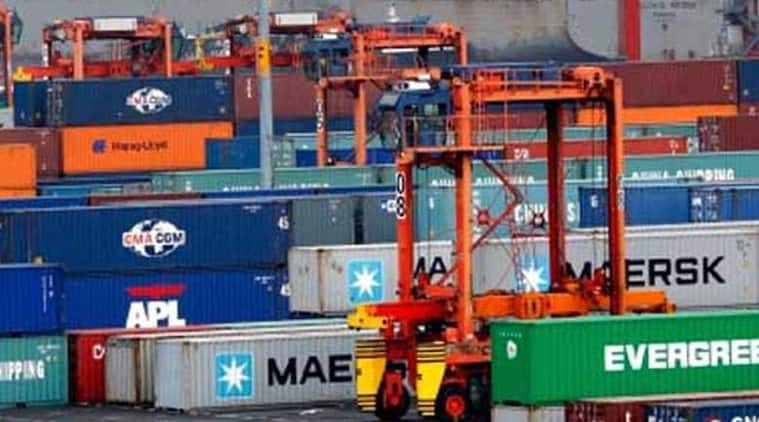 If regulatory harmonisation is increasingly becoming the norm, it will have huge implications for India.

Trade is almost never just about trade. Trade has always been about geopolitics. Trade also defines the nature of states. The recently concluded Trans-Pacific Partnership (TPP), if ratified, could potentially be a milestone in the way trade shapes global politics. Sceptical economists suggest that the economic gains of the TPP are not as dramatic as its proponents suggest. There are other criticisms: In legal matters, it seeks to enhance the power of corporations against that of states. The secrecy with which these agreements are negotiated raises questions over their democratic legitimacy. They eventually have to be ratified. There is a difference between a process that is somewhat participatory and one where democratic publics are handed a fait accompli. But there is no question that the TPP will have huge ramifications. India will ignore its consequences at its own peril.

India has been complacent about the TPP. Various numbers crunched argue that its effects on Indian trade will be relatively small. Projections of effects on trade tend to be sensitive to minor changes in assumptions. This is a debate trade economists can carry out. But looking at this just in terms of contingent numbers is to take a narrow perspective. What is at stake is the terms of the global order itself, and the prospects of India’s integration into the world economy.

The TPP may end up being one of US President Barack Obama’s enduring foreign policy successes. It rests on certain basic truths about power that India has often ignored. Even if you have power, you can enhance it by building effective institutions that lock in countries. American hegemony and effectiveness were not just functions of its raw power, but of its ability to create enduring institutions. Creating institutions requires long-term vision, capacity, power and some normative underpinnings.

Institutions serve the interests of power. But they do much more: They set the rules of the game, even the rules of legitimacy. China is taking tentative steps in thinking institutionally. Faced with the challenge of a rising China, the Americans have quickly moved to create new institutions and structures that will give them greater ability to set the rules. The TPP is a gambit in that movement. In pure realpolitik, it is a win-win: If it is able to successfully set the rules, and China has to adapt to them, it is a win. If China does not, locking in many more economies into the rules you prefer is a good idea. But for institutions to succeed, they have to appear to be more than transactional. You have to focus on the long-term framework and rules, not get bogged down in haggling over the worth of every single transaction. India’s approach to trade, often within our own region, has been so transactional that it can miss the forest for the trees.

The TPP has profound implications for development. It can be debated whether the deep regulatory harmonisation that it requires on a range of things — labour and environmental standards, intellectual property, subsidies to state-owned enterprises, legal systems — is good. But if regulatory harmonisation is increasingly becoming the norm, it will have huge implications for India. The impact of the TPP will have to be measured in terms of its consequences for setting standards. If India is to integrate more into the global economy, what regulatory frameworks will it have to comply with? Can we hope to promote manufacturing without participating in global supply chains? And does that participation require harmonising our standards with global ones? What implications do these treaties have for India’s competitiveness as an investment destination? If countries like Vietnam offer more robust investor protection, better arbitration and dispute-resolution, will we lose our competitive edge?

These questions need to be discussed with greater urgency. But we are not clear on where we want to head in terms of integration with the global economy. India has a big domestic market, and we should leverage its power. But what will be the relationship between leveraging our domestic demand and our orientation to the outside world? There is a trivial anecdote but quite revealing. Prime Minister Narendra Modi’s visit to Silicon Valley was important and overdue. But when we stand up in front of the world and are proud of the fact that Google will wifi 500 stations in India, you begin to wonder what the Make in India story is about. Wifi-ing stations is not exactly rocket science; dozens of Indian companies could have done it. But if we think we need Google to do it for us, we are projecting a rather curious view of our own capacities. In short, the relationship between our strengths, needs and external engagement has no strategic framework behind it.

India’s development realities straddle many worlds: Parts of Indian capital will want to integrate; parts of rural India may not be ready or may be at great risk from misjudged integration. So both the politics and economics of our orientation to the external world are more complicated. In some areas, like intellectual property rights, India’s independent voice has historically been of great value. We have to think carefully about our development needs. But we also need to be clear about the global strategy that arises from those needs. An important aspect of that strategy is not just what we can get from whom and where: It is about what institutional architecture it is in our interest to promote. But we cannot be an effective voice or build effective coalitions if we are so relatively disengaged from the big architectural transformations happening across the world.

Most countries, including China have used external engagement to prepare for domestic reform. We do the opposite: We hide behind our international disengagement to disguise the incapacities of our own state. Part of our resistance to being ahead of the curve is that we know that external engagement will require major domestic institutional transformation: First turning India itself into a single market and then creating a new kind of state attuned to 21st century realities. Our exceptionalism often provides a cloak for not making these changes.

We have to think of what the TPP means for the Indian state, situated at the cross currents of global power and global capitalism. India describes itself as a “leading power”. But through its diffidence, one hopes it does not become a “misleading power”.

The writer is president, Centre for Policy Research, New Delhi, and contributing editor, ‘The Indian Express’