Its Sunny Deol hyper,in your face,it wraps itself in Tricolour  it will be tested by the idea of India.

Pratibha,daughter of L.K. Advani,has recently produced a very impressive documentary titled Tiranga,on the history of our national flag. She might need to update it a bit. Because never in its eight-decade history has the Tricolour been made to work as hard as lately,since it became the standard of the Anna movement. You have lately seen it waved from the windows of cars,from motorcycles that whizzed past you on your citys streets,you have seen it on protesters caps,shirts,foreheads and even on the cheeks of the two little girls who offered Anna nariyal-pani to break his fast.

You cannot quibble with the way people use their national flag in a democratic,peaceful protest. But,if you see this along with much else by way of hyper-nationalistic imagery and metaphors,you would ask what is going on. Never in Indias history,not even during the freedom movement or war-time,has such aggressively patriotic fervour been unleashed. Mahatma Gandhi never used portraits of a tiger-riding Bharat Mata,and Bhagat Singhs battle-cry was not Vande Mataram. In their own distinctive ways,the three major streams of our freedom movement,Gandhi,Netaji and Bhagat Singh,reflected the respective beliefs and ideologies,and competed in the philosophical space of nation-building. Democratic plurality,ideological diversity and argumentativeness were integral to our freedom movement. Which is the reason why,not just independence,but also such a marvellous Constitution emerged from it. Read the debates of the Constituent Assembly. The founding fathers of our nation differed,disagreed and argued with each other,but nowhere did one pull out the flag and say to the other: if you are patriotic like me,you have to agree with me. The use of patriotism,in a political debate,is no different from the use of religion,or an invocation to God. Because that squashes all argument.

So here is the quibble. Once you produce the national flag,and Bharat Mata,all arguments cease. Because then,if you disagree with me,you are unpatriotic: mere paas tiranga hai,Vande Mataram hai,aur Ma (Mother India) hai,tumhare paas kya hai? In effect,if you then disagree with me,you are unpatriotic,and your arguments are immoral,pro-corrupt. A democratic movement has to give space for disagreement,argue with those who have a different point of view,not wave the national flag and shut them up.

The use of the flag is just one of the more visible metaphors of Bollywood-style hyper-nationalism employed by Team Anna. Vande Mataram,forever a gentle,polite salutation to Mother India was used in an almost martial fashion,like a rousing regimental war-cry,even by Anna himself each time he spoke to the crowd. Inqilab Zindabad,Bhagat Singhs invocation to revolution,was also adopted fully. Bharat Matas portrait,which formed the backdrop at Jantar Mantar and attracted some adverse secular notice,was replaced with Gandhis. But young schoolgirls dressed and painted as Bharat Mata were routinely paraded in the crowds and on the stage so the patriotic fervour was not lost. Baba Ramdev made an appearance on day nine,grabbed a microphone and,the rock-star that he is,walked up and down the stage singing a stirring ballad: utho jawan desh ke,vasundhara pukarati,desh hai pukarata,pukarati Ma Bharti (rise,the youth of India,your motherland,Mother India are calling you to rise). To rise against whom,nobody made clear.

Almost each day a new super-patriotic metaphor was rolled out. My favourites: Anna kissing a vessel containing soil from Jallianwala Bagh,and even more dramatic,Kiran Bedi,while being taken in the bus following her arrest on August 16,waving both arms out of the window and shouting: ab tumhare hawale watan saathiyo. Of course,I havent been able to check with her if her inspiration was the more recent Akshay Kumar-Sunny Deol starrer on the rescue of Indian POWs in Pakistan. But given her vintage  and mine  I would suspect it was the original,Kaifi Azmis song in the gut-wrenching last moments of Chetan Anands Haqeeqat (1964) when the last Indian soldier fighting the Chinese on that Ladakh outpost  of course,Sunny Deols father Dharmendra  lies dying,still clutching his rifle. Now,the language and style of popular protest are driven by their own heady mix of hormones,but really,to borrow words from a dying Indian soldier in such an unequal war while merely courting preventive arrest for a day is a bit touching.

But can we really go so far as to suggest that this movement is employing Sunny Deol-style patriotism to rouse its supporters and to kill all disagreement? Go to YouTube to see what a vigorous shakedown the Tricolour has been given through this movement,not least of all by Kiran Bedi herself. She now even has a large,slanted Tricolour behind her desk  like judges in Hollywood  even when she speaks to television channels. In comparison,the brick wall of Abhishek Manu Singhvis home provides such an inconsequential backdrop. His problem is he is a politician,and one good thing about party politics is that politicians cannot wrap themselves in the Tricolour. Because they are,at least presumably,accountable to that flag: in the form of Parliament,the judiciary,and to we,the people.

The Tricolour has been used to impale the bad guys in our movies. The most dramatic use of a national symbol,of course,was Dilip Kumar drawing the map of India with bullets on the chest of the villain (oops,oops,it was none other than the most vocal Anna supporter from Bollywood now,Anupam Kher). There was a bit of that in this movement as well,though incidents when policemen,and in one case a journalist,were thrashed with reversed flags,were only a few.

The civil society group around Anna is smart and committed. But in wrapping the movement in the Tricolour and images of Bharat Mata,they have scored a self-goal. The emergence of civil society as such a powerful pressure group is a genuine achievement of Indian democracy. Because,along with the courts,the media and the Election Commission,civil society forms a counter-balance to the likely excesses of electoral majorities. But by packaging itself in majoritarian,exclusivist colours,Annas civil society has scored a self-goal. They will now be spending some time retracing their steps. Symbolism like having Dalit and Muslim girls to help Anna break his fast  with the Tricolour painted on their cheeks  will look as fake to those who feel excluded as the Muslim driver of Advanis rath,as he led the Ram temple campaign. By the way,when was the last time you saw a child described as a Dalit from a public stage in Delhi? And we accuse our politicians of being casteist and cynical!

In any case,how can you use the Tricolour to fight your own constitutionally elected Parliament? Its a facile argument to say that our Constitution puts we,the people above Parliament. The will of us,the people rests in our Parliament,elected by our votes. A constitutional democracys most hallowed concept of we,the people… cannot be reduced to we,the mob…,no matter how many votes we might have on e-mail,SMS or Facebook,or how vigorously we wave and shake the national flag. Because I may choose to disagree with you even more vigorously,and the flag and the anthem will remain as much mine as yours. 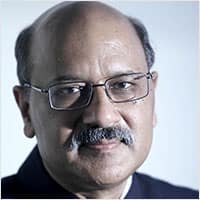