In framing its land law, NDA ignores lessons from the Mahabharata. 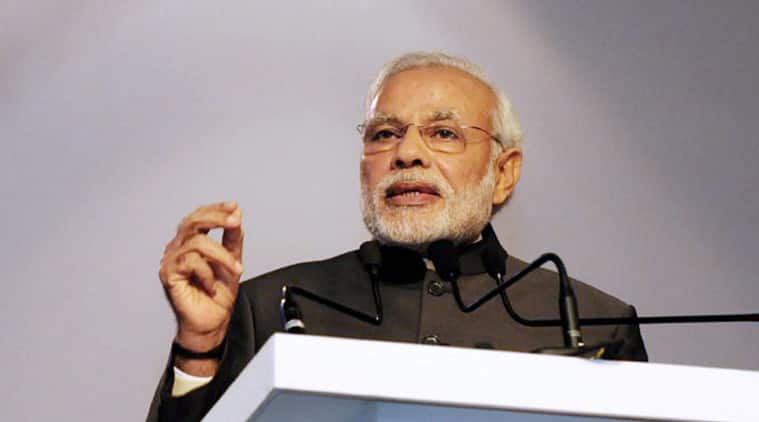 Sunday was a historic day for the Indian farming community. Perhaps for the first time, the prime minister addressed farmers directly through his radio show, Mann Ki Baat. This goes to show that no government can take farmers for granted. In fact, it was their contribution during the freedom struggle that was the most effective. But the land acquisition ordinance put the cart before the horse. Instead of first addressing the issues to the stakeholders (farmers and farm labourers), the government chose to bring the ordinance first. And when it realised that the resistance to the ordinance is real, it decided to go directly to farmers.

The result of Sunday’s Mann Ki Baat is that the united Opposition and the government are at daggers drawn and the confrontation between them has intensified. The divide is so huge that each is calling the other a liar. The distrust among farmers is only going to increase. The battleground is being prepared for another Mahabharata.

To my mind, the most important issues in the process of land acquisition are the consent clause and the social impact assessment (SIA). There is also a lesson to be learnt in democracy: take stakeholders into confidence before moving any bills. That is the process that is followed in truly democratic countries.

Going back in time to 1989, when the National Front led by V.P. Singh came to power, we find people had many aspirations and great hopes of the government. There was a general feeling that it would last forever. But the dream run barely lasted a year. Mandal became the National Front’s Waterloo and it ultimately collapsed.

When the NDA came to power 10 months back, there was, once again, the feeling that it would last forever. Nobody could have imagined the outcome of the elections to the Delhi assembly, at the doorstep of the seat of Central power. In politics, it is rightly said, a week is a long time. A single issue can become a turning point in the tenure of a ruling party. The agitations in Nandigram and Singur against the forcible takeover of farmland as well as the strong people’s movement led by Mamata Banerjee resulted in the fall of the 34-year-old CPM-led Left Front government in West Bengal in 2011.

The present land acquisition amendment bill, promulgated as an ordinance, has the potential to become the BJP’s Waterloo. It has not only united the fragmented Opposition, but also created divisions within the ruling party and its allies, especially those representing rural areas.

Nobody in their right mind could deny that land is required for various public interest projects. The question is “how”, not “why”. In a democracy, means are as important as ends. The process of making legislation needs to be democratic too. In the present case, an ordinance was promulgated immediately after the winter session of Parliament. It received critical comments from the president, who said, “When the Parliament… enacts law without discussion, it breaches the trust reposed in it by the people”. In 2014, at a meeting of the committee of secretaries on pre-legislative consultation policy, it had been decided, “The department/ ministry concerned should publish/ place in public domain the draft legislation or at least the information that may inter alia include brief justification for such legislation, essential elements of the proposed legislation, its broad financial implications, and an estimated assessment of the impact of such legislation on environment, fundamental rights, lives and livelihoods of the concerned/ affected people… [It may] also hold consultations with all stakeholders”. This was supposed to be done before the final draft of the legislation is introduced in Parliament. Leave aside a general discussion with the people, farmers, landowners and other affected families, the major stakeholders in this case, were not consulted or allowed to participate in the process, directly or indirectly. The bill is also contrary to the 2009 BJP manifesto, which reads, “The BJP will adopt a National Land Use Policy which will protect the interests of farmers… The BJP will not allow the conversion of fertile farmland for industrial/ commercial projects or SEZs. The entire issue of SEZs and acquisition of land for industrial use will be addressed after a careful scrutiny of the parliamentary standing committee’s report and factoring in the need to protect the farm sector and enhance food production.” So the government has not only failed to adhere to the law ministry’s circular on consultations, it has also gone against its own 2009 manifesto.

Coming to the bill itself, the amendments are contentious. One of the major clauses deals with doing away with the consent of affected families, which, in effect, means expropriation of land rather than acquisition. How can a transaction be equitable if it is conducted without the informed consent of one of the parties, in this case, not just the landowner but also those who depend on the land for their livelihood? The right of the individual citizen has been trampled on by the might of the state.

In India, the clique of the rich and the powerful is very strong. When it comes to other people’s land, they are very generous. But when it comes to themselves, they would never want to part with land, even if the land does not belong to them. Take the elite Delhi Golf Club. The land there belongs to the Central government; try taking that to build an AIIMS. All hell will break loose and even the might of the state will not be able to do anything. Indian democracy works on the principle of vote of the poor, and rule of the rich.

The new bill also purportedly says that SIA is not required. An SIA is meant to examine whether the proposed acquisition serves a public purpose, estimate the number of affected families and those displaced as well as the extent of land to be affected and the impact on livelihoods. Doing away with these provisions destroys the roadmap for effective resettlement and rehabilitation. The bill also allows multi-cropped, irrigated land to be acquired, jeopardising food security.

The government has thus reinforced the principle of eminent domain. What it forgets is that the power of the state cannot be used to take away the livelihood of farmers, without concomitant measures. We should ask how we landed up in this situation. Previously, huge tracts of land were acquired for the government’s defence and infrastructure projects (for instance, the Bhilai steel plant, the Bhakra Nangal Dam and the Tehri Dam). The terrible experience that farmers have had when their lands were taken over — especially in the case of SEZs, where industrialists grabbed thousands of acres to build their island empires — makes them hesitant to talk about it now.

When it comes to emotive issues like land, public memory is very sharp. How can we forget that the Mahabharata was fought over the issue of land: when Lord Krishna asked Duryodhan to give the Pandavas at least five villages, Duryodhan refused, saying he would not part with land even the size of a needle-tip, and would prefer to go to war instead. The arrogance of the Kauravas led to an epic battle, where both sides lost. Yet in the land of the Mahabharata, we continue to be blind to the lessons of the epic.

The writer is former Union railway minister and TMC MP in the Lok Sabha.

India vs Australia: Freedom of speech 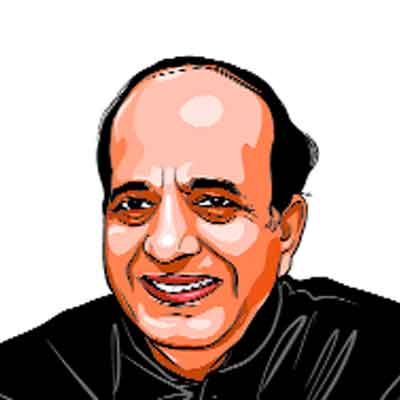