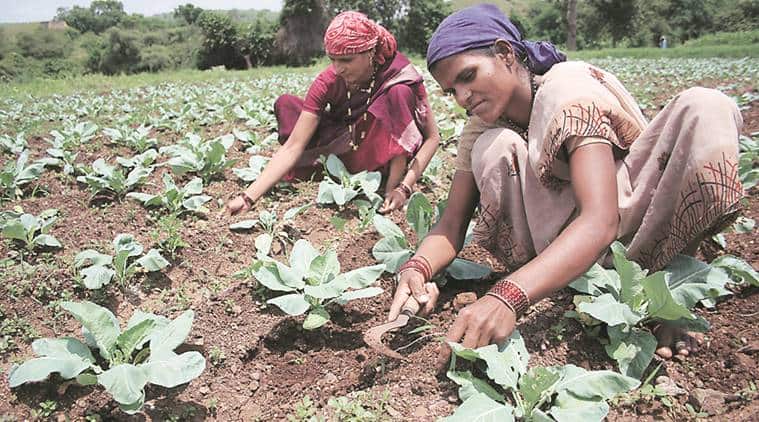 According to him, the removal of exemptions on personal income tax and bringing agriculture under the tax net will increase the government’s revenue. (Representational)

When the farming community across the country lives in precarious conditions, certain statements by members of the Niti Aayog have shocked farmers. The opinion of the members is even more important as the PM presides over the Niti Aayog. The suggestion of bringing agricultural income into the income tax structure was proposed by a Niti Aayog member: Bibek Debroy recently said that the number of taxpayers must be increased by eliminating exemptions on agricultural income. According to him, the removal of exemptions on personal income tax and bringing agriculture under the tax net will increase the government’s revenue. This recommendation is part of a 15-year perspective plan circulated among the states at the Niti Aayog’s governing council meeting.

Fully aware of its sensitivity, Finance Minister Arun Jaitley had to issue a statement from Moscow; he had to clarify that there is no intention on the government’s part to tax agricultural income. He clarified that taxation on agricultural income does not come under the Centre’s jurisdiction.

In his article, (‘12 reasons why’, IE, May 3), Debroy listed certain “facts” supporting his statement. Most of the taxation provisions enlisted by him were either archaic or bizarrely irrelevant. Moreover, he also refused to accept rural and urban disparities in income which, according to him, is an “artificial distinction”. Both his assumptions are not only flawed — they seem ludicrous.

Agriculture’s share in India’s GDP is around 14-16 per cent while it has 49 per cent of the total manpower and 64 percent of rural manpower. The main reason for a large part of the population being dependent on agriculture is small land holdings and less productive farming techniques. This is why the per capita income of agricultural labourers and farmers is extremely low. According to the State of Indian Agriculture report (2015-16), the number of land holdings of one hectare or less has increased by 23 per cent in a decade. The number of such plots in 2000-2001 was 75.41 million, which increased to 92.83 million in 2010-11.

According to the report, based on the calculations of the 70th round of the National Sample Survey, nearly 9.6 million farmers of the country have 0.5 hectares or less land. The total monthly expenditure of these families is more than their monthly consumption spending. For instance, the number of farmer families holding 0.41-1.0 hectare of land is 3.15 crores. The total monthly income of each such family was Rs 2,145 from farming activities. Earnings from agricultural labour (Rs 2,011), livestock (Rs 629) and non-agricultural works (Rs 462) comes to around Rs 3,102. The total from all sources is Rs 5,247, whereas the monthly consumption expenditure of marginal farmers and households is Rs 6,020. Moreover, agricultural output fluctuates far more than the industrial and services sectors. In this bleak situation, the proposal to tax agricultural income is not only irrational, but also speaks to the gargantuan divide between policymakers and farmers.

Today, there is a perception in farming communities that the Niti Aayog is drafting policies to benefit industry and corporates. Instead of clearing the air, statements speaking of taxing agricultural income affirm such distrust. Where there is a trust deficit, inequality and oppression, there is resentment and violence. The Naxal problem is a quintessential example.

Governance is fundamentally different from management. It requires empathy and moral integrity. The Niti Aayog was envisaged as a “think tank” and tasked with formulating policies and guidelines for the government. It has been said that those who cannot remember the past are condemned to repeat the same mistakes. If the Aayog does not want to go on the lines of the erstwhile Planning Commission, it must engage in course corrections. A more inclusive approach of policy formulation and dialogue with farmers’ organisations, state governments and other stakeholders may strengthen the cooperative federalism envisioned at the foundation of the Niti Aayog.

ICC Champions Trophy 2017: The warm up matches were a chance for me to showcase my skills, says Dinesh Karthik