As Britain recognises that China can’t be the anchor of its post-Brexit foreign economic and strategic policies, Delhi has a huge opening to restructure its relationship with London 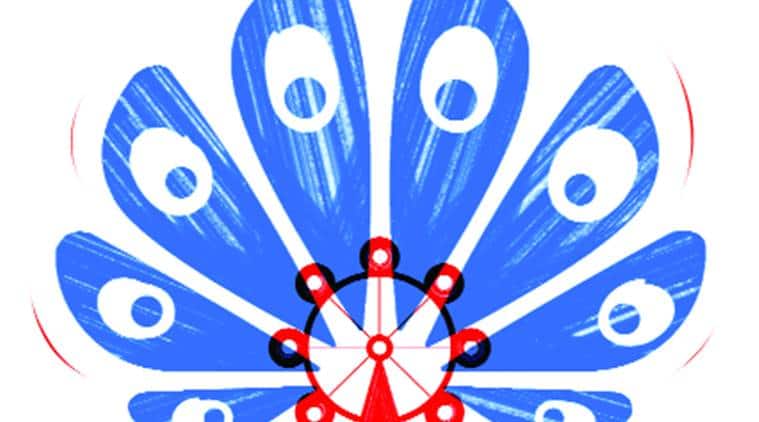 A recent British report leaked to the press in London is said to reveal the extent to which China and its global companies like Huawei have penetrated Britain’s once mighty institutions.

While Shashi Tharoor and William Dalrymple were writing best-sellers trashing British colonialism in India, the Chinese, it turns out, were buying up the current British establishment. Recent reports from London indicate how expansive the Chinese infiltration of the British ruling caste has been.

But first to the anti-imperialist tradition of Delhi and Beijing. The Communist Party of China (CCP) is no less anti-imperialist than the Indian nationalists. The “century of humiliation” at the hands of Britain and other European powers is central to the CCP’s narrative. Beijing never lets Britain forget the Opium Wars of the mid-19th century and the unequal treaties it imposed on China.

There is one big difference, though, between Indian and Chinese anti-imperialism. The Indian elite is utterly comfortable, at a personal level, with its British peers. Britain is one place where the Indian diaspora has thrived and is now ensconced in the upper reaches of the British political class. Yet Delhi has struggled to shed its compulsive public posturing against Britain.

Communist China, on the other hand, began with multiple handicaps in engaging with Britain. But over the last two decades, the CCP has systematically advanced its strategic influence in Britain. While the CCP has successfully transformed British hostility of the mid-20th century into near acquiescence in the early 21st century, Delhi finds it hard to separate the inherited grievances from its current strategic imperatives.

A recent British report leaked to the press in London is said to reveal the extent to which China and its global companies like Huawei have penetrated Britain’s once mighty institutions. Titled “Elite Capture”, the report outlines how Beijing is converting the British ruling class — from the Lords to senior bureaucrats, ministers to media persons and business tycoons to university dons into “useful idiots” in promoting Chinese interests.

The report dates elite capture to the David Cameron years when London and Beijing announced a “golden era” in bilateral relations. A just-released book, Hidden Hand by Clive Hamilton, a British author, and Mareike Ohlberg, a German think-tanker, gives details of Chinese influence operations across many geographies — including Britain — and international institutions.

Influencing foreign elites has always been part of statecraft. But the Chinese may have crossed the line between a legitimate effort at winning support in other countries and the unacceptable use of corruption and coercion to shape decision-making in target nations.

To be sure, the CCP is also building on the Leninist tradition that underlined the importance of using the capitalist contradictions to advance socialism. Vladimir Lenin, who led the Russian Revolution and founded the Soviet Union, had famously declared that greedy capitalists will be happy to sell the rope that communists intend to hang them with. While communists everywhere have used these tactics over the last century, the CCP’s emphasis on influence operations has acquired unprecedented salience under President Xi Jinping.

In India though, it seems the CCP did not have to try at all. Delhi was more than eager to pre-emptively defer to Beijing’s sensitivities, despite the many challenges that China poses to its economy and security. Discussing the ideological sources of that policy will be a fascinating digression. Let us turn, instead, to what India can learn from China’s successful influence operations in Britain.

First, the Chinese emphasis on separating anti-imperialist ideology and the pursuit of national interest. The CCP has never disowned its founding ideology nor has it forgotten China’s past conflicts with imperialist powers. But Beijing had no problem in effortlessly moving from an alliance with the Soviet Union and a confrontation with the US in the 1950s to embracing imperialist America in the 1970s. It leveraged the partnership with the US in the 1980s to elevate its position in the global system and now challenges American primacy.

Second, instead of treating the West as a collective, China continually probed the “inter-imperialist contradictions”. The report on elite capture says that separating Britain from the US and weakening the Five Eyes alliance of the Anglosphere (the US, UK, Canada, Australia and New Zealand) were among the major objectives of China’s influence operations in the UK. Earlier this year, the UK had decided to break from the US and turn to Huawei for its 5G future.

It seemed to confirm the assessment of Hamilton and Ohlberg, cited by the British media: “So entrenched are the CCP’s influence networks among British elites that Britain has passed the point of no return, and any attempt to extricate itself from Beijing’s orbit would probably fail.” That brings us to the third lesson.

Opinion | How to play against China: India will need to bring order and alacrity to crisis management

While influence operations can shape policy evolution in targeted nations, they certainly can’t eliminate politics. It is rather hard, in the end, to turn a nation against itself for a prolonged period of time. While China was close to winning over a critical section of the British elite, there was a major revolt in the Conservative Party against the Huawei decision. Coupled with pressure from the US, Prime Minister Boris Johnson has begun to review the relationship with China. He is expected to announce at least a partial British dissociation from Huawei this week.

But the biggest lesson, however, is that Delhi should not write off Britain as a strategic priority in its foreign policy calculus. In his first term, Prime Minister Narendra Modi made an effort to reach out to Britain but that seemed to have petered out. Britain’s incorrigible balancing act between India and Pakistan and London’s continuing reluctance to think of Delhi in strategic terms tends to put off Delhi.

Rather than turn its back on Britain, Delhi should set itself a political challenge — to decisively turn Britain in favour of India. If Beijing could nearly subvert London, Delhi has enough equities to promote a change in the British establishment’s attitude towards India. As the external affairs minister Subrahmanyam Jaishankar told a business summit in London last week, Britain remains a top tier economy, has much international influence, enjoys special relations with the US and Europe, and is an important global hub of research and innovation. In other words, Britain is an important middle power that can help expand India’s strategic options.

In the last two decades, Delhi has managed to change the dynamics of its ties with Washington through sustained diplomatic effort. Delhi has given a boost to its engagement with Paris in the last two years. It needs to launch a similar effort with London that is coming out of a prolonged strategic infatuation with Beijing.

As Britain recognises that China can’t be the anchor of its post-Brexit foreign economic and strategic policies, Delhi has a huge opening to restructure its relationship with London. Tharoor and Dalrymple are right to engage with our tragic past with Britain, but South Block must necessarily focus on the present and future possibilities with Whitehall.

This article first appeared in the print edition on July 14, 2020 under the title ‘Amid crisis, lessons in statecraft’. The writer is director of Institute of South Asian Studies, National University of Singapore and a contributing editor on international affairs for The Indian Express

Opinion | China must recognise that India too has non-negotiable core concerns, aspirations, interests