The price is wrong

Getting the right remuneration is the most critical issue facing farmers. Government must provide policy, institutional framework for procurement. 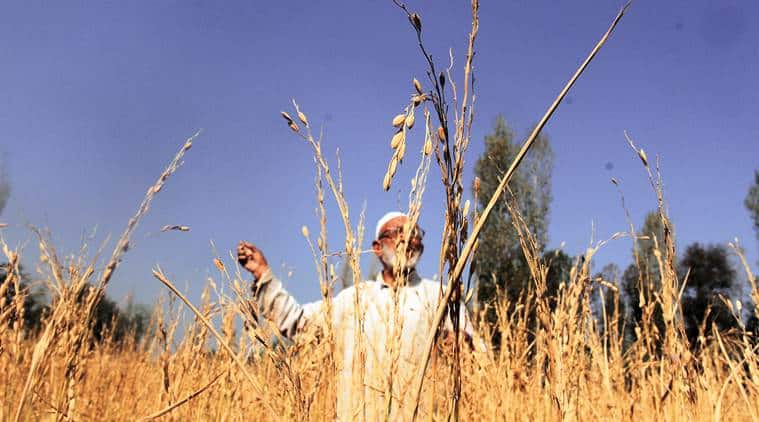 The farmer and his income is an important theme of discussion these days. A lot is being written on ways to increasing, and doubling, the farmers’ incomes by the year 2022. Viewed arithmetically, the income of a farmer is a function of three things — the cost of cultivation, production and sale proceeds of the produce. The formula stated in layman’s terms in Hindi is “laagat ghate, upaj badhe aur upaj ka sahi daam mile”.

The cost of cultivation can be influenced by the farmer in a limited manner. Farmers can reduce the consumption of inputs per unit of land by using a better package of practices. However, the rising cost of inputs like seeds, phosphatic and potassic fertilisers, pesticides, etc is not in the hands of farmers. And to my mind, that is why subsidy for inputs remains important.

By using high-yielding variety seeds, mechanisation, fertilisers, irrigation facilities, micro-nutrients and the correct package of practices, it is possible to increase productivity and production. Areas where the yields are substantially less than the national average are the low hanging fruits where, with some concentrated effort and use of technology, it should be possible to enhance the yields quickly.

Getting the right price for their produce is the most critical issue for farmers today. In the rabi and kharif conferences in the divisions and the districts, which farmers attend in large numbers, the point of discussion has shifted from a shortage of seeds and fertilisers 10 years ago to securing remunerative prices for the produce. The challenge for the farmers is that when production goes up, the price tends to fall. This results in zero or very little net gain for the farmers.

The government procures wheat and paddy for the public distribution system. Hence, a large number of farmers sowing these are able to obtain the minimum support price. The government’s intervention in these commodities serves to shore up their price in the open market as well. Sugarcane farmers are also able to access an assured market through the system of reservation of cane for the sugar mills and the state advisory price (SAP). But for a large number of crops including oilseeds and pulses, farmers are not able to get remunerative prices. The market yard price of pulses and oilseeds have generally ruled above the MSP but during the last kharif and rabi we have seen that their market yard price remained much below the MSP. This makes a strong case for governmental intervention by providing an enabling policy environment, a robust institutional framework and a vibrant regulatory regime.

The government has increased the MSP of kharif crops substantially for this season, which has come as a shot in the arm for the farmers. But to increase their income substantially, marketing infrastructure and institutions need to be strengthened. The recently announced Pradhan Mantri Annadata Aay Sanrakshan Abhiyan (PM-AASHA) is an important step towards securing remunerative price (read MSP) for the farmers. This provides for three methods of procurement: (i) Price Support Scheme (PSS), (ii) Price Deficiency Payment Scheme (PDPS), and (iii) Private Procurement and Stockist Scheme (PPSS).

A quantity restriction of 25 per cent of the total production of a state has been put for obtaining central assistance under all the three schemes. Any quantity procured beyond this limit will have to be funded by the state’s own resources. PDPS has been tried by Madhya Pradesh during the last year and the feedback has been mixed. PPSS is a new concept with a whiff of freshness but it needs to be seen how it plays out on the ground. PDPS and PPSS have been allowed only for the procurement of oilseeds whereas for all other MSP crops, PSS will be the main instrument. That brings us to the age-old Price Support Scheme, which can help the states provide remunerative price to the farmers for MSP crops other than wheat and paddy. Coarse cereals are to be procured by Food Corporation of India and will have to be distributed under the PDS. The procurement of coarse cereals will also be an issue of concern as the MSP of coarse cereals has been enhanced substantially.

Procurement under the PSS for pulses and oilseeds has not been very successful as there is a lack of a robust institutional arrangement and a well-thought-out strategy to offload the procured material. However, with some steps, this can prove to be very effective.

First, the mechanism under PSS needs to be strengthened. Currently, the procurement takes place through state government agencies on behalf of NAFED, which itself is a weak organisation. Farmers are not able to get the sale proceeds in time and so prefer to sell their produce at a lower rate in the open market. The states and Centre will have to come together and put a robust system in place in order to provide the real benefit of the MSP increase to the farmers. Second, the inclusion of pulses and millets in the PDS will result in the quick disposal of accumulated stocks. This will also lead to health gains for the population and monetary gains for the farmers.

Third, efforts to add value to the agricultural produce at the village level will have to be made. Even if primary processing like cleaning, sorting and grading of produce can be done at the farm-gate level, this will increase returns. Fourth, storage and negotiable warehouse receipt facility for farmers will have to be expanded so that they are not forced to undertake distress sales. Fifth, incentives for exports of surplus produce will expand the market for farmers.

And finally, there has to be a strategy to ensure appropriate acreage for crops so that the production is dictated by the market demand. Most farmers tend to go by the herd mentality and whichever crop gives good returns this year sees a jump in the acreage the very next year. This leads to overproduction and the price tends to crash leading to distress in the farming community.

Unjoined dots of a scheme 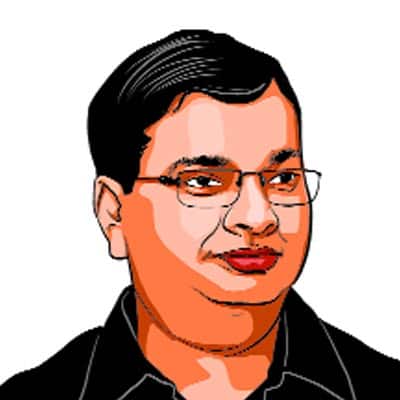