What Taliban 3.0 means for security in Af-Pak and beyond

Anju Gupta writes: The current avatar of the Taliban – backed by the Pakistan Army, supported by al Qaeda – bodes ill for region and the world Recent events show that the apparently sidelined Taliban 2.0 is again being used for diplomatic outreach. (Reuters)

Following the fall of Kabul, the international community was forced to turn to the Taliban for cooperation in the evacuation process up to August 31 and beyond. The cooperation and initial “mild manners” of the Taliban in dealing with Afghans suggested that the international community had succeeded in “shaping” the Taliban and that the Doha Taliban (Taliban 2.0) presented for the Afghan peace process by Pakistan was in control of cadres and policies. The Doha Taliban did deliver on the agreement by ensuring zero attacks on foreign forces till their exit. The international powers were “pragmatically” optimistic that Taliban 2.0 would run an inclusive government based on moderate policies. However, Taliban 3.0 has surfaced as an interim government with a hardline approach.

Recent events show that the apparently sidelined Taliban 2.0 is again being used for diplomatic outreach. Mysterious killings, numerous attacks on Taliban soldiers and suicide attacks on mosques in Kabul, Kunduz and Kandahar have shattered the myth that Taliban rule could ensure peace and security. Coupled with opaqueness and a humanitarian crisis, Afghanistan poses a graver danger to the world than it did in August.

To decode the Taliban, it is crucial to go back to the first Afghan jihad against “godless” Soviets, when Pakistan, Saudi Arabia and the US created Afghan and Pakistani mujahideen in Pakistani madrassas. The Pakistan Army, already flirting with hardline Islamic entities to weaken democracy, presented itself as an Islamic, nationalist force superior to the democratic, corrupt political class.

With the exit of the USSR and US from Afghanistan in 1989, Pakistan acquired firm control over Afghan and Pakistan Pashtun mujahideen and Punjabi groups such as the LeT and JeM — initially raised for the first jihad. However, for the Afghan project, the jihad had to be re-defined. In 1994, at a Kandahar mosque, Pakistan ISI officers got Taliban supreme leader, Mullah Omar, to declare himself as the Amir-ul-Momineen (AuM), who by “divine design” was the de facto religious and temporal head of all believers in Afghanistan. AuM’s followers were rebranded as the Taliban, who had to fight to establish rule over Afghanistan. The al Qaeda (AQ) played a key role in setting up the mechanics of keeping a jihad alive under a local AuM, but not a global Caliph for the ummah. The Taliban was born as a joint project of the Pakistan army and AQ for Afghanistan and as a model for larger jihad. The project has not changed in its objectives to date. Pakistan, meanwhile, invented a sham doctrine of building strategic depth against India by presenting its “legitimate” stake in Afghan affairs.

The civil war led to Taliban rule in 1996 and Mullah Omar provided a safe haven to AQ and Pakistani proxies. The AQ aligned closely with the most trusted Pakistan proxy — the Haqqani network under Jalaluddin Haqqani, with an Arab link through his second wife. Following AQ’s attacks on US embassies in Kenya and Tanzania in 1998, the US launched cruise missile strikes on AQ training camps in Haqqani’s area of Khost.

It was only after 9/11 that the US removed the Taliban from power, who went back to their safe havens in Pakistan. With the presence of foreign forces in Afghanistan, the Pakistan-Taliban combine went back to the narrative for the second jihad against the US and its allies to restore AuM rule. The radicalisation, recruitment and fight against foreign forces and Afghan forces have been sustained by this powerful narrative.

Despite being part of the US “war on terror”, Pakistan continued to fully back the Taliban. In the end, it succeeded in destroying Afghan forces and putting in place Taliban rule. Pakistan has also ensured that the Taliban leadership remains controllable. Thus, with an unassuming PM, the Doha Taliban reduced in stature and power, the Pakistan-backed Haqqani network and Mullah Yaqoob, Mullah Omar’s son, raised by and in Pakistan, have taken control of all key positions. The AuM, Haibatullah Akhunzada, has not surfaced from his last-seen location at a Quetta mosque.

Under Donald Trump, Pakistan was persuaded to deliver the Taliban delegation for US-Taliban talks. In 2018, Pakistan released Mullah Baradar from its custody after eight years, following his arrest due to his Track II talks with President Hamid Karzai. The Doha Taliban soon became the diplomatic face. The world started calling on the Doha Taliban, believing the Taliban was being shaped to be a part of an interim government — a key intended outcome of Intra Afghan Talks.

Taliban 3.0 has distanced itself from assurances given by the Doha Taliban through its actions — non-inclusivity, women’s disempowerment, parading suicide bombers as legitimate weapons, public felicitation of families of suicide bombers by Sirajuddin, and attacks on Hazaras. Pakistan has come out openly to support Taliban 3.0 with airstrikes in Panjshir, its “fund Taliban or face chaos” rhetoric in international fora and doing its best to rope in China to fill the Taliban’s coffers.

Pakistan’s Afghan project, pegged on AQ’s behind-the-scenes support, would open Afghanistan to the world on its own terms and won’t allow the Taliban real independence. Taliban 3.0 is a calibrated face that bodes ill not just for the Af-Pak region, but beyond. Taliban actors are surely not in control of the security situation. Cleverly, instead of the AQ’s footprints, the “quick-fix” public discourse is being diverted to Islamic State Khosran Province (ISKP) as the principal threat emerging from Afghanistan. It is likely that a few major attacks outside Afghanistan may be claimed by ISKP to lend it greater visibility, while AQ goes into undercover mode. Trusting Taliban 3.0 or Pakistan as a partner in understanding or addressing threats emerging in Afghanistan would be counterproductive.

This column first appeared in the print edition on November 2, 2021 under the title ‘Decoding Taliban 3.0’. The writer is an IPS officer. Views are personal 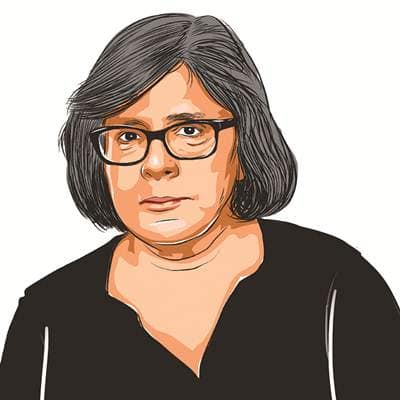