A sanitation sena for India

The government has made sanitation a priority in important symbolic ways, and has stirred a level of enthusiasm never seen before. 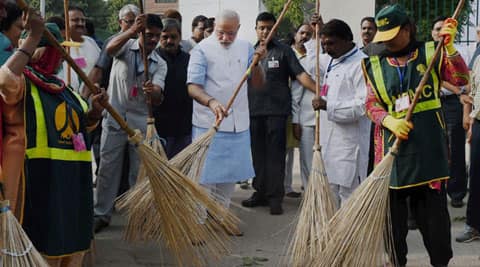 While nearly everyone knows that smoking, chewing tobacco and drinking alcohol are harmful to health, close to half of all respondents stated that open defecation is no worse for child health than latrine use. (Source: PTI)

Prime Minister Narendra Modi has set the ambitious goal of changing the daily practice of over 600 million people who defecate in the open. In reality, the challenge is even more daunting because even people who have a toilet often prefer to defecate in the open. Building toilets will not be enough. Ending open defecation will require a shift in mindsets, because without addressing the attitudes that shape people’s distaste for latrine use and preference for open defecation, the government will fail to achieve its goal.

The government has made sanitation a priority in important symbolic ways, and has stirred a level of enthusiasm never seen before. But the government’s rhetoric is missing one critical detail for ridding India of the scourge of open defecation: who will be responsible for putting sanitation plans into action and for enacting an essential shift in sanitation beliefs? What we need is a sanitation sena — an army of frontline workers, one in every village, responsible solely for motivating and sustaining latrine use by every individual of every household.

At the Research Institute for Compassionate Economics (Rice), we recently conducted a Sanitation Quality, Use, Access and Trends (Squat) survey, which interviewed over 3,000 households in rural north India about their sanitation beliefs and behaviour. It is clear that government programming on sanitation has not reached most Indian villages, where close to 90 per cent of India’s open defecation occurs.

Despite funds specifically set aside for “information, education and communication” (IEC), we found alarmingly low levels of awareness of the negative health impacts of open defecation, even though open defecation kills hundreds of thousands of babies each year and impedes the physical and cognitive development of those who survive. While nearly everyone knows that smoking, chewing tobacco and drinking alcohol are harmful to health, close to half of all respondents stated that open defecation is no worse for child health than latrine use. Messages about the detrimental impacts of tobacco or alcohol consumption have been successfully communicated. But even after over 15 years of a “Total Sanitation Campaign”, we sadly cannot say the same for open defecation.

Still, what we care about most directly is whether people are aware of the importance of the practice of latrine use. To eliminate open defecation, we will need to have an impact on the defecation practices of millions of individual people. Unfortunately, most people don’t recall ever hearing or seeing messages meant to motivate behaviour change. The government has spent more than Rs 1,000 crore on IEC for sanitation over the years, but only 31 per cent of respondents said that they had ever seen a poster, wall-painting, pamphlet, street play or film about using latrines.

So what does this mean? The sanitation world is largely in agreement that the mere construction of latrines will not solve the problem of open defecation. What is needed, instead, is a massive latrine use revolution. Local-level involvement and mobilisation around sanitation is essentially nonexistent, because although official policy already recommends the appointment of district-, block- and village-level staff, many have not been hired. When they are employed, they are often given many responsibilities in addition to sanitation. And within sanitation, their main objective is latrine construction. It is due to this lack of manpower that 84 per cent of Squat survey respondents said that they had never heard of village-level meetings on sanitation. It is critical that Modi’s goal of an open-defecation-free India be known to every rural Indian. The only realistic way to make contact with every individual is to actually hire district-, block- and village-level staff dedicated only to promoting latrine use.

We are going to need way more hands on deck. The government has demonstrated its ability to staff and implement programmes on enormous scale in the past, placing an Accredited Social and Health Activist, or Asha, in every panchayat for the implementation of the National Rural Health Mission to help reduce infant mortality and promote institutional deliveries. The Aadhaar programme was able to enrol over 600 million individuals in just five years, thanks to a network of registrars that set up camps in all parts of India. To change the minds of the many families suspicious of polio drops, the Pulse Polio campaign organised a huge door-to-door campaign to convince individual people of the importance of the vaccine. The challenge for changing sanitation practices is more difficult because, unlike Aadhaar, which is a one-time registration, or polio drops and deliveries, which are required only a few times, open defecation is a daily practice of millions of Indians. Accordingly, a workforce of sanitation sainiks must be engaged solely to promote latrine use, and cannot be responsible for the construction of toilets at all. Till date, local-level staff who work on sanitation have been responsible for both construction and behaviour change simultaneously. In practice, 80 per cent of cumulative latrine construction funds have been spent through the course of the government’s sanitation programmes, versus less than 40 per cent of IEC funds. When bundled together, it is clear that construction becomes the priority. This is why behaviour change so urgently needs its own dedicated staff.

It is commendable that the new government has taken on the challenge of ending open defecation — if overcome, it will likely put India on a new trajectory of better health and a more prosperous future. The task at hand is enormous, and manpower is essential. We’re hopeful that the government will make good on the excitement it has generated and the promises it has made by pulling together a sanitation sena to change the minds of millions of Indians on using a latrine.

The writers are with the Research Institute for Compassionate Economics, Delhi

Kejriwal takes up broom to clean camp near PM house 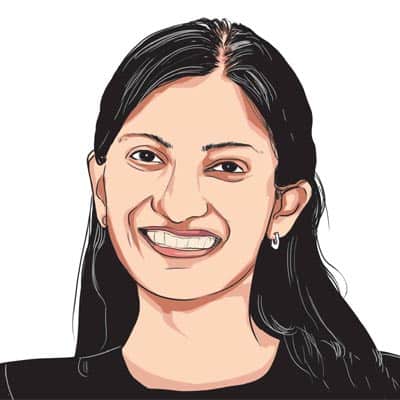