A rail link, a pipe dream The CAG, in its performance audit of the project, has put total losses and liabilities on account of the construction problems posed by the alignment at Rs 3,259 crore and estimated total. progress as just 12 to 14 per cent.

Man’s endeavour to cross even the most difficult terrain with railway lines has produced some of the most stunning marvels of engineering of the modern age. In the golden age of the railways (mid-19th to the early 20th century), at a time when the technology was rudimentary, requiring a great deal of human labour under tough working conditions, the 20 kilometre-long Simplon Tunnel was built (1898-1906), remaining, for more than 70 years, the longest railway tunnel in the world. Closer to home, the 97 km-long Kalka-Shimla line, with its iconic multi-tier arch bridges, was built from 1898 to 1903 in less than five years. More recent achievements include the 1,142 km-long Tibet Line (2001-05), which traverses the permafrost region of the “Roof of the World”, and the 51 km-long undersea Channel Tunnel (1988-94), which connects the British Isle to the European continent.  The one thing that these achievements have in common is foresight and immaculate planning that made it possible to complete construction and start train services in just about four to eight years.

The government of India’s ambitious project to build the line to link the Kashmir Valley with the nation’s railway network is in serious trouble because of poor planning and lack of foresight. The project was declared a national project in 2002 by the then prime minister, Atal Bihari Vajpayee, and construction of the Katra-Qazigund section began with August 15, 2007 as the scheduled date of commissioning the link to Kashmir. This stretch, packed with high mountain ridges and deep V-shaped valleys, is arguably one of the most difficult mountainous terrain ever taken up for building a railway line anywhere in the world.

Chinese engineers have spent years finding solutions to the problems of building a railway line on permafrost ground at altitudes above 4,000 metre. But the Indian Railways rushed headlong with construction on an alignment decided without a proper appreciation of the problems of building of tunnels and bridges through the fragile mountain slopes of the young Himalayas. The engineers, in fact, deliberately adopted a strategy of carrying out ground investigations and construction simultaneously. By placing an unnecessary restriction on the slope being less than 1:100, the alignment chosen was serpentine, which ran along the fault and fold lines of the mountains and led to a large number of unsafe curved tunnels.

The result of this haphazard execution is that 93 km of the old alignment lies abandoned, having been found infeasible. The plan to build a mega arch bridge in a gorge of Anji River was given up eight long years after the contract for design and construction of the bridge was awarded. The Comptroller and Auditor General of India, in its performance audit of the project, has put total losses and liabilities on account of the construction problems posed by the alignment at Rs 3,259 crore, and estimated total progress as just 12 to 14 per cent.

When problems arose soon after construction began, questions were raised by some engineers about the alignment and the practice of awarding contracts without a proper ground survey. The voices of dissent were silenced. Questions about the alignment were raised again in 2007.  A chief engineer who had worked on the project made an in-depth examination of the alignment and came to the conclusion that the existing alignment, which is of the conventional type, is fundamentally unsuitable for the unique Himalayan terrain. He came up with a new type of straight alignment, with a higher slope, which cut across the fault lines perpendicularly and would reduce the route length to half, improve stability and safety, and drastically reduce the cost of construction.

The railway board initiated a review of the alignment but soon, a large group of officers who were then or earlier associated with the project vehemently opposed this move. The official audio recordings of a brain-storming session that these officials organised in June 2008 to discuss the alignment review clearly show that many of these officials feared being held accountable for haphazard construction.

The board ignored the opposition, suspended construction and ordered the setting up of a committee of experts to examine the relative merits and demerits of the two types of alignments. However, a proper consideration of this proposal for a change of alignment was prevented when two of the officers who had been opposing the review of the alignment came to power in the railway board. The board decided to retain the existing alignment; the new proposed alignment was not even considered.

E. Sreedharan, under whose leadership the 740 km-long Konkan Railway was built (1990-98) through the difficult terrain of the Western Ghats along the Arabian Sea coast, had written to the board strongly supporting the adoption of the new type of straight alignment. But his views were ignored. When the chief engineer pointed out serious omissions underlying this decision, an attempt was made to silence him. The courts, in cases that arose out of this attempted silencing, passed strictures against two of the then board members for their role in preventing a proper consideration of the engineer’s point of view. However, the board, with one of the above two officers still a member, did not bother to look into the implications of these judgments for the board’s decision to retain the existing alignment.

The net outcome of the project so far is an island railway in the Valley (Banihal-Srinagar-Baramulla, 137 km) and a branch line in the foothills (Udhampur to Katra, 25 km). The latter was inaugurated recently by Prime Minister Narendra Modi on July 4.

The Delhi High Court on June 25 passed an order directing the board to constitute another committee of experts to examine all technical features of the existing and alternative alignments, and come to a decision regarding the alignment, taking into account its financial and other aspects as well. The court found that in the 2009 review of alignment, the board had completely failed to consider the alternative alignment.

Will the railway board now rise to the occasion and bring to an end years of suppression of a fair and proper debate on the question of the suitability of the alignment? If not, the rail link to Kashmir might well remain a pipe dream.

The writer represented the Centre for Public Interest Litigation, which filed a petition to review the alignment, and is founding member of the Aam Aadmi Party 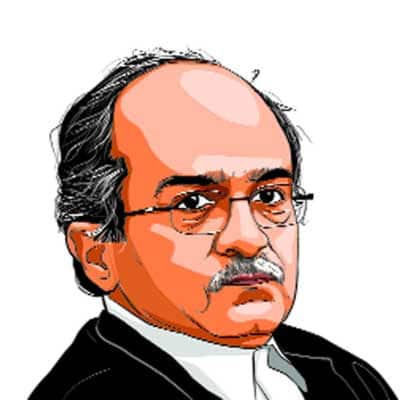