A Prescription That Clicks

Web drug platforms can only be as good as their partner-chemists on the ground. While the dated Drugs and Cosmetics Act that governs pharmaceuticals does not explicitly prohibit online sales, it mandates that all so-called scheduled drugs be sold only by licensed outlets against a doctor’s prescription.

The Maharashtra Food and Drug Administration (FDA) cracked down on e-commerce company Snapdeal last month for allowing vendors to sell drugs without a doctor’s prescription on its online marketplace. That the episode made headlines probably had less to do with the illegal act itself and more to do with the involvement of a high-profile company. For, Indian pharmacies have long been known to sell drugs without prescription.

Over the decades, studies have concluded that India has an unacceptably high rate of self-medication by patients. The main reason is that seeking professional healthcare can be time consuming and expensive. Chemist shops operating in a lax regulatory environment have fuelled the trend. An analysis by the Global Antibiotic Resistance Partnership and the Public Health Foundation of India in 2011 found that “in Delhi, no prescription was presented for one-fifth of the antibiotics purchased recently”. The irrational consumption of antibiotics is one factor behind the rising problem of microbial resistance to them.

Against this backdrop, online drug retail can be problematic. True, it has the potential to enhance the reach of medicines exponentially. But if done badly, it could compound legacy problems such as self-medication and drug resistance, or lead to the proliferation of counterfeit and spurious drugs. The Snapdeal experience suggests that, in spite of the patchy governance of the brick-and-mortar world, drug regulators are not about to turn a blind eye to online misdemeanours. Nor can online operators use the evident disregard for the law by chemist shops as a line of defence. Full compliance is the only way forward for legitimate players. That is easier said than done, given the absence of a clear legal pathway.

While the dated Drugs and Cosmetics Act (DCA) that governs pharmaceuticals does not explicitly prohibit online sales, it mandates that all so-called scheduled drugs be sold only by licensed outlets against a doctor’s prescription. That licence has many conditions attached to it, such as the presence of a pharmacist at all times and onerous record-keeping obligations.

Drug retail in India is characterised by mom-and-pop stores. It is unlikely that these outlets will go online in the foreseeable future, given the cost of technology and marketing. Rather, we are seeing intermediaries that connect the retailer to the consumer — but do not own licences themselves — at the forefront of online drug retail. As the FDA chief pointed out, selling drugs online is not the same as selling apparel. The Snapdeal episode suggests that the intermediary will be held accountable. Can it afford to be an open marketplace where vendors are free to list their goods with little supervision? Every drug sold needs to be backed up by a doctor’s prescription. The marketplace has to be on guard against becoming a conduit for substandard or counterfeit drugs.

I recently met the people behind a startup that is girding its loins to launch an online prescription drugs marketplace in collaboration with one or two large chemists each in five big cities. They admitted that getting chemists to comply with the DCA was a challenge. They claimed to have invested a million dollars in technology to ensure that forged or reused scripts would not be filled. They would have flying squads of mystery consumers visiting chemists to detect slips and any chemist who was not compliant would be dropped immediately. To me, this system of audits and surprise inspections, even training, is reminiscent of companies outsourcing a core activity.

All said and done, online drug platforms can only be as good as their partners on the ground and compliance will be a continuous challenge. The DCA has parts that are open to interpretation. Is it okay, for instance, if the pharmacist is not present at the point of delivery so long as the prescription is verified? Chemist shops are used to “managing” the legal vagueness. But the startup had got its plan vetted by three different law firms to ensure it would not fall afoul of some such provision. Still, some investors might baulk at funding such ventures. The upshot is that the bar has been set high for online drug retail. For now, it looks as if few could make the
big leap.

The writer is a Mumbai-based commentator on healthcare and founder, Apothecurry 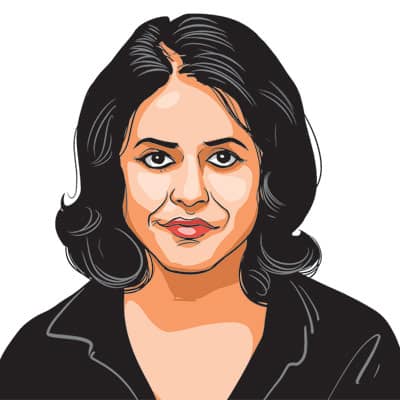 Gauri KamathThe writer is a Mumbai-based commentator on the pharma and healthcare ... read more