A poverty of ideas

Budget 2018 was littered with promises, silent on resources. There was no boldness, little imagination 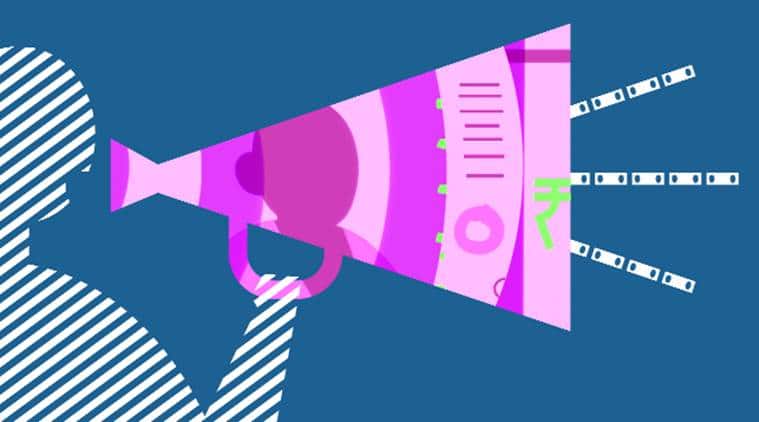 The only visionary idea of this budget is the national health protection scheme for 10 crore families. The scale of the idea is breathtaking. The funding, ludicrous. (Illustration by C R Sasikumar)

The bad news about Budget 2018 is not that the Sensex tanked 800 points on Friday. That was only a symptom, an expected reaction to the long term capital gains tax and fiscal slippage. The real bad news is that Arun Jaitley chose to make it an election campaign speech without having the resources to back his promises. This was never going to be an easy budget to pull off. The challenges were too many, fiscal space next to nothing. Yet, it is in such desperate times that true reformers find the courage to think out of the box and attempt something bold. What we needed was imagination and innovation. What we got was a hollow document, that only looks good on paper. In the cold light of the morning after, it appeared less attractive than it may have on budget day. As the Sensex showed.

The only visionary idea of this budget is the national health protection scheme for 10 crore families. The scale of the idea is breathtaking. The funding, ludicrous. For a scheme where the requirement could easily run over Rs 1 lakh crore, the budget provision is Rs 2,000 crore. Not to speak of the practical difficulties of ensuring quality hospitalisation in rural India. Now consider this. The government owns 9 per cent of cigarette maker ITC. It has no business owning a small stake in a private sector tobacco company. A sale of this stake, easily achieved in a day, would fetch Rs 30,000 crore. Could the FM have announced this divestment as a first round of funding for this ambitious health scheme? Immediately, the plan would have looked highly credible and anyway, selling shares in a cigarette-maker to fund a health programme has a nice ring to it.

Arguably, the biggest drawback of this budget — unless you are an investor sulking from the long term capital gains tax — is the slippage in fiscal deficit. Yes, revenues have been constrained by low GST collections but this again was an opportunity to demonstrate bold thinking. The government owns a minority stake in Hindustan Zinc which the majority owner, Vedanta, has been keen to acquire. A sale of this stake would have fetched Rs 40,000 crore, almost wiping out the entire fiscal slippage for FY19. The FM could have proudly announced that he will stick to the fiscal deficit target of 3 per cent next year, circumstances notwithstanding. This would have sent a powerful message to the global investment community about our fiscal discipline and cooled soaring bond yields. As things stand now, bond yields have hardened further, robbing the RBI of any elbow room on monetary policy. The next move on interest rates is likely to be up, not good for an economy which is just getting back some growth momentum.

The case is similar in the big schemes pertaining to the farm sector. The major announcement there is the promise of a minimum support price (MSP) of 1.5 times the production price, for all kharif crops. Funding? Zero. Or, to be discussed. Of course, there is time; kharif crops will hit the market only in October, eight months away, by which time the agrarian crisis would only have deepened. Rather than this, could the FM have announced that, using buoyant stock market conditions, it would do an IPO for the LIC and use the considerable proceeds to set up a rural distress fund that works through direct benefit transfers in cash, starting now? Yes, but it required imagination.

This reluctance to sell its non-core assets is, indeed, baffling. In the year gone by, the government exceeded its own disinvestment target to garner Rs 1 lakh crore. Far from being emboldened by this, it has set a timid Rs 80,000 crore target for this year and said categorically that Air India is the only strategic sale that will be attempted. Why? If the family silver is not sold at a time of need, what good is it? A year down the line, GST revenues would have picked up, economic growth would hopefully have revived, leading to an even greater buoyancy in tax revenues and these measures would not be required. But our farmers need help and our youth need jobs, today. They have been waiting for four years already.

Resources were also needed to support two other major challenges. Unemployment and the moribund capex cycle, the two being somewhat interlinked. When businesses expand and set up new capacities, they hire more people. Not when they are given provident fund sops, as attempted in the budget. Some baby steps on sectors like textiles and footwear were taken, but not enough. We needed a bigger, well-funded plan to revive exports that would have created a few million jobs.

Instead, Budget 2018 became an election speech, littered with promises, old and new. Many of these promises will not see the light of day but at least they were made to the right people: Farmers and villagers, as opposed to CEOs and investors. Yet, what worked in 2014 may not work today; then there was unbridled hope, now replaced by growing scepticism. Arun Jaitley, while hoping this is not the last budget he will ever present, could have displayed a much greater boldness. In that, he could have taken a leaf out of his boss’s playbook.