A new compact against IS

The international community is trying to evolve a global counter-terror strategy. It’s important to get the strategic diagnosis right.

The determination of the United States to lead the war against global terror was signalled on September 24. Addressing the 69th session of the UN General Assembly (UNGA) in New York, President Barack Obama said that the threat posed by the “cancer of violent extremism” has “perverted one of the world’s great religions”. The US, along with a coalition of 40 nations, would militarily degrade and destroy the Islamic State (IS). The time has come, he said, for the world to explicitly and forcefully reject the ideology on which this violent extremism is based and “forge a new compact”. He hit out at those who make money from the global economy and then funnel it back to these groups.

The sectarian conflicts within Islam needed to be urgently addressed, and he called upon the Islamic world, particularly the Arab nations, to concentrate on developing the potential of its youth. This, and the fact that he personally presided over the UN Security Council meet, also on September 24, where it adopted Resolution 2178, dealing with foreign terrorist fighters (FTF), suggests the alarm bells are ringing.

the growing threat posed by FTFs through action by individual countries, regionally and globally. Obama said that he looked forward to countries reporting to the UN next year the specific actions they had taken, in pursuance of this resolution, to curb the financing and movement of FTFs. 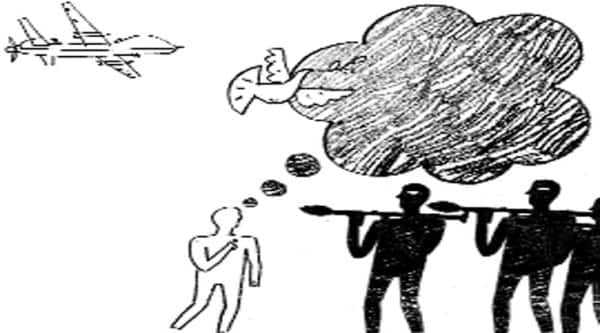 The international community’s concerted efforts to evolve a global counter-terrorism strategy notwithstanding, the global terror network is becoming more threatening and menacing. The enemy is no longer unseen or hidden. Al-Qaeda began to physically control territory in Yemen some years ago. Al-Shabab has registered spectacular successes in Somalia. Boko Haram is taking over towns in northern Nigeria, and the IS is holding territory in Iraq and Syria that is equivalent in size to the land area of the United Kingdom. This represents a paradigm shift. Terrorists continue to receive funding and are able to mount ever more complex operations. The fusion of ultra-extremist ideology, continued public support and funding in parts of West Asia explain, to some extent, the rise of the IS. Testifying before the Senate Armed Services Committee on September 17, the chairman of the joint chiefs of staff, General Martin E. Dempsey, confirmed that some of the closest allies of the US in the Arab world fund the IS. “They fund them because the Free Syrian Army could not fight Assad. They were trying to beat Assad. I think they realised the ‘folly of their ways’ ”.

Terrorism and violent extremism find breeding grounds either in weak and fragile states or in societies where freedom of expression is suppressed and civil liberties are seriously circumscribed. Chronic underdevelopment, deprivation of basic human rights and restrictions on freedom of speech make terrorism and violence particularly attractive for the young unemployed. Terrorism has also received a major boost from policy-induced and ill-conceived decisions by the international community. Military action in Iraq in 2003, the arming of rebels in Libya and Syria by the West and some of the Gulf states stand out.

It is widely accepted that the use of force, whether authorised and legitimate or without legality, has unintended consequences. Equally, arming rebels is a bad idea. There are no “good” or “bad” rebels. All rebels are not only capable of turning, but in fact do turn, “rogue”.

How effective will the combination of military and political means be to “degrade” and defeat the IS? A meeting convened by France on September 15 brought together 30 countries and another 20 are expected to have signalled their readiness to join the “coalition of the willing”. It is important, however, to get the strategic diagnosis right. Arab states collaborating with the US in military operations provide the bulk of the IS cadres. If they continue with their repressive domestic policies, the very policies that incubated al-Qaeda in the 1980s, the problems will only be exarcebated.

An editorial in Le Monde captured the enormity of the challenge aptly: “bombing bases scattered over a vast area, often in the city, will not be easy. Even more difficult is the necessary political effort. We must force Baghdad to make peace with its minorities, we must seek to put an end to the Syrian tragedy. This implies a massive political and diplomatic investment. At least as much as a military intervention.” Iraq President Fuad Masum told the gathering “the detestable ideology of the IS” went back to “the obscurantist, bloodthirsty thinking that has its source in the darkest of history”.

Unlike al-Qaeda, which demonstrated its capacity by carrying out terrorist actions on different continents but displayed reluctance to physically hold territory, the IS quickly undertook territorial conquest and laid claim to the physical territory of the “Caliphate”. It has been able to rally battle-hardened former Saddam Hussein loyalists and commands conventional ground armies backed by tanks and artillery as well as a modern and sophisticated propaganda machine, which has managed to alter the political geography. It has clear aspirations to run a state.

There is no sign yet of UNSC authorisation being requested for military strikes in Syria. Such authorisation is unlikely from a deeply divided council. Aerial bombardment without boots on the ground, and without addressing the policy-induced alienation that produced the jihadist philosophy in the first place, will be a major challenge. The IS could also provide a most unfortunate precedent for similar caliphates in Libya and northern Nigeria.

The writer, a retired diplomat and BJP member, chaired the UN Security Council Counter Terrorism Committee in 2011 and 2012.

As Modi leaves for US, his fans from Gujarat follow 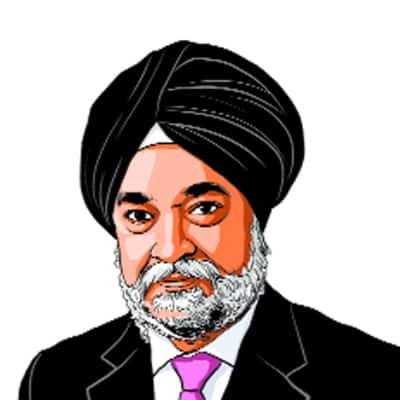