A guarantee for learning

We have achieved close to universal enrolment. Now the focus should turn to the quality of education. 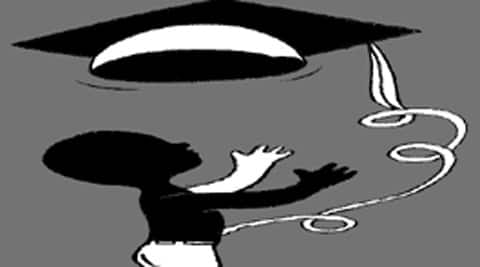 What about children currently not enrolled in school? Dropping out
of school is often strongly correlated with falling behind academically.
If learning assessments are school-based, then such children will not
get included. CR Sasikumar

We have achieved close to universal enrolment. Now the focus should turn to the quality of education.

The Right of Children to Free and Compulsory Education (RTE) Act, 2009 states that every child in India has a right to a full-time elementary education of satisfactory and equitable quality in a formal school that satisfies certain essential norms and standards. Even a cursory reading of the law indicates that it covers every child in the age group six to 14. It is clear that it is the government’s responsibility to guarantee this right to quality schooling for all.

Whether from government or other sources, all currently available information shows that India is close to universal enrolment. In that sense, schooling is close to being “guaranteed”. Now comes the issue of quality education. In recent months, there has been a lot of debate about the learning levels of India’s children — it has focused not just on what children are learning but also on how children’s learning should be measured. Often, such discussions follow the release of the ASER report each year. The scale and depth of these debates are a welcome sign. It indicates that we are beginning a move from an exclusive focus on schooling inputs towards learning outcomes and quality. These discussions are a positive sign, as they signal the broadening of the scope of policy and practice of the right to education beyond the usual norms of inputs to thinking about how and what kind of education to guarantee in terms of outcomes — especially learning outcomes.

The focus on how to improve learning will need thinking about what “learning” needs improvement and how that can be defined, measured and strengthened. The standard models for measuring student achievement and learning outcomes have been developed in economically advanced countries. In these countries, all children are in school, and all schools are listed and fall under the jurisdiction of some national or provincial authority. Since a universal list of schools exists, it is possible to draw a sample from it. And since all children are accounted for, it is possible to sample in-school children, by age or grade, nationally or provincially. However, this may not be the case in countries like ours. Before importing foreign models wholesale, it is a good idea to take a look at our own realities and develop methods and measures that suit our conditions.

Let us move beyond universal enrolment to look at school attendance. National figures for school attendance are harder to come by than for enrolment. But available data suggests the picture varies considerably across the country. In India, all measurement of school attendance (including ASER) has noted huge variations in attendance across states — ranging from 90 per cent on a random day in schools in southern India to close to 60 per cent or below in schools in some northern states. As a consequence, school-based assessments of student learning that focus on students regularly present will be biased, as they leave out irregular or non-attending children who may have poorer learning levels.

Most official studies of student achievement in India, such as the one brought out periodically by NCERT, focus only on government and aided schools. But children attend many different types of schools. These range from a variety of government schools to a whole gamut of private schools. Private schools can be aided as well as unaided, recognised or not recognised; the unrecognised schools may or may not be included in official lists. Nationally, in rural India, the proportion of children of elementary school age who go to private schools is close to 30 per cent and rising each year; in some states, this proportion is above 50 per cent. Thus, school-based assessments would not include children enrolled in the vast majority of unlisted private schools (especially low-cost ones). By not including such children, we would be leaving out increasing proportions of school-going children. Finally, what about children currently not enrolled in school? While this number may be small among younger children, it rises as we look at older groups. Dropping out of school is often strongly correlated with falling behind academically. This eventually results in leaving school. If learning assessments are school-based, then such children will not get included.

However, information about the learning levels of these children can reveal a lot about what needs to be done to design “second-chance” schooling opportunities and to improve learning within school systems. By excluding them, such information and, therefore, possible pressure points on the education system will be lost. The RTE Act specifically talks about mainstreaming such children into the school system.

As Indians, we should be proud that our country has reached close to universal enrolment. This is a major achievement. Now we need to focus on every child not only being in school but also learning well. On the issue of student learning, regardless of the source of the data — be it ASER, which is done by citizens or NAS, which is done by government — the evidence strongly suggests we have a long way to go. In any given geography, for understanding and tracking the progress of all children, a representative sample of all children must be drawn. Such a sample must include children enrolled in government schools, children enrolled in private and other schools, school drop-outs and children who do not attend school regularly. All of them deserve the fullest right to schooling and learning. Following the guidelines of the 12th Plan document, as states move to include measurements of learning achievement in elementary school, it is important to remember that the government is responsible for guaranteeing quality education to all children, and hence it is important to track the learning levels of all children.

The ASER survey, with a sample of well above half a million children drawn from practically every rural district in India, is perhaps the world’s largest annual household survey of children’s learning. It is a model adapted and used in countries like Pakistan, Kenya, Tanzania, Uganda, Mali and Senegal. With more than 200 million children of school-going age, based on our own contexts, needs and resources, we need to work out our own models for teaching and learning. Aligned with that, we need our own processes for assessment. Desired goals and outcomes need to be our own and achievable. Western countries have developed schooling and learning models that suit their conditions and their measurement systems have come from their own experience and reality. As a country of more than a billion people, we must develop systems of assessment and implementation that work for all our children.

At a government meeting a few months ago, where I was present, there was a heated argument. Someone turned to me and asked “Aap ko asliyaat se itna lagav kyon hai? (Why are you so attached to reality?)” I was speechless. But this official’s words have been ringing in my ears since. For policymakers, planners, practitioners and parents, reality can be the only starting point as we think of what our children need and what more we need to do for them. Here’s an example: close to 10 years ago, the newly elected government in Bihar wholeheartedly accepted that they had a large number of children out of school — one of the highest in the country. Acceptance of this reality and steadfast commitment to wiping out the problem led to one of the most impressive efforts, in the shortest period of time, to bring children to school. The same honesty and openmindedness is now needed for helping children learn. But we cannot do that if we are not brave enough to take a hard look at our own realities and at all our children.

The RTE was formulated to guarantee education to all our children; it is time that this right began to include a guarantee for learning, and that our policies and practices enabled concrete steps to improve children’s basic learning.

The writer works with Pratham and heads the ASER effort