The appointment of Yogi Adityanath as the Chief Minister of Uttar Pradesh, though surprising, was long in the making. Many have argued that this move is a misreading of the mandate the BJP got in UP as aspirational voters cutting across caste and class supported the party. However, in our opinion, the BJP sees this mandate as a reaffirmation of its social engineering project in which the party managed to create a grand Hindu coalition; the yogi has been at the heart of this mobilisation strategy.

Analysis of the survey data (NES 2014) collected by Lokniti-CSDS suggests that the party’s support base in 2014 had three critical elements. First, a large number of lower OBCs supported the BJP (more than half of the non-Yadav OBCs voted for the party). Second, the BJP gained a substantial proportion of Dalit votes, mainly of the non-Jatavs. And third, there was an unprecedented level of polarisation among the upper caste voters in favour of the party. Not a single Muslim was elected to Parliament from UP in that election.

In 2014, the NES estimated that one-fifth of Jatavs and one-fourth of Yadavs in UP voted for the BJP. There may have been a slight decline in the support for the BJP among these sections in the assembly election due to the consolidation of Jatavs by the BSP and Yadavs by the SP. However, the share of non-Yadav OBCs and non-Jatav Dalits voting for the BJP could have possibly increased a bit due to the party’s campaign strategy. The social engineering project of the BJP in UP entailed using various symbols and it successfully pitted the dominant caste among backwards (namely Yadavs) and Dalits (namely Jatavs) against numerous smaller castes within these groups. The party succeeded in convincing a large number of lower OBCs that the SP cares only about Yadavs, and Dalits that the BSP is a party exclusively of Jatavs and excludes other Dalit castes. In that sense, the social coalition the BJP had forged in 2014 remained largely unchanged in 2017. Hence, it is not surprising that the BJP’s vote share in the 2017 elections remained around 40 per cent, just two percentage points less than the 42 per cent it had in the 2014 general election. The share of Muslim MLAs in UP assembly declined drastically from 17 to six per cent (from 68 seats in 2012 to 24 now in a House of 403 MLAs).

How did the BJP managed to retain its 2014 vote share in UP, when almost every state that has had an assembly election since saw an average decline of 7-10 per cent?

There is enough evidence to show that alongside the BJP campaign on development and governance in 2014, there was a subterranean mobilisation of Hindutva sentiments, which helped the party to make inroads in the Hindi heartland. Similarly in 2017, the plank of good governance, Prime Minister Modi’s popularity as a national leader, and a new support base among the economically weaker sections due to demonetisation may have helped the BJP to retain this base. But this verdict would not have been possible if the party had not nurtured the constituency it created in 2014 using overt religious appeals.

In an oped published in this newspaper (‘In the ruins of Babri’, IE, December 7, 2016), we had pointed out that since 2012, there has been a greater polarisation among Hindus and Muslims on the Ram Mandir-Babri Masjid question. In every survey since 1996, Lokniti-CSDS has been asking respondents what structure, according to them, ought be built at the site of the demolished mosque. The data from the July 2016 survey also showed that the BJP’s voter-base was massively in favour of constructing only a temple at the disputed site. The more alarming aspect about this time-series trend was the educated Hindu youth (matric pass and less than 30 years old) seemed relatively more polarised compared to others within the community.

Likewise, while analysing the Muslim voting behaviour in UP for the past two decades and how they are likely to vote in the UP 2017 elections, we anticipated that the strategies being adopted by the SP and BSP to consolidate Muslim votes were likely to polarise Hindus further in the BJP’s favour. For instance, we had found that if the BJP succeeds in consolidating its gains among the non-Yadav OBCs and the non-Jatav Dalits, they are likely to repeat their 2014 Lok Sabha election performance.

The BJP took full advantage of the SP’s alliance with the Congress and the BSP’s overemphasis on Muslim voters. It managed to persuade a large section of UP voters that the SP’s generous seat-sharing arrangement with the Congress was only to get Muslim votes en-masse. The BSP, in previous elections too, has allocated a large number of tickets to Muslims. For example, in 2012 the party nominated 87 Muslim candidates. But, this time it went overboard in its efforts to court Muslim voters and made the nomination of 97 Muslim candidates a part of its campaign.

The BJP also sought to paint the Akhilesh Yadav government as partisan towards Muslims and Yadavs. Prime Minister Modi attacked the SP government for discriminating between Hindus and Muslims in both life and death. His Diwali and Eid remark created an image of discrimination even at the level of providing basic facilities like electricity while references to kabristan and shamshan created a perception that the SP government prioritises the needs of Muslim community even in matters of death.

Yogi Adityanath was at the forefront of the mobilisation on the ground. Soon after the BJP released its manifesto on January 30, Adityanath addressed 12 rallies in western UP raking up the issue of slaughter houses, the alleged exodus of Hindu families in Kairana, the surgical strike across the Line of Control, Muzaffarnagar riots among others. In that sense, the BJP’s UP win reflects its success in cobbling together a coalition wrapped in Hindutva rhetoric. Adityanath represents that mandate. 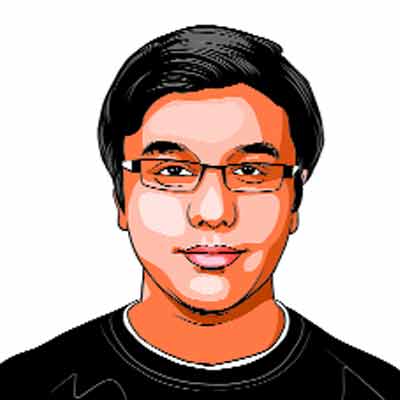 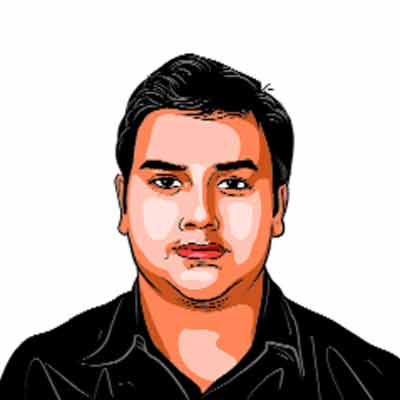