A budget for Bharat and India

Both fiscal prudence and growth have remained priorities. 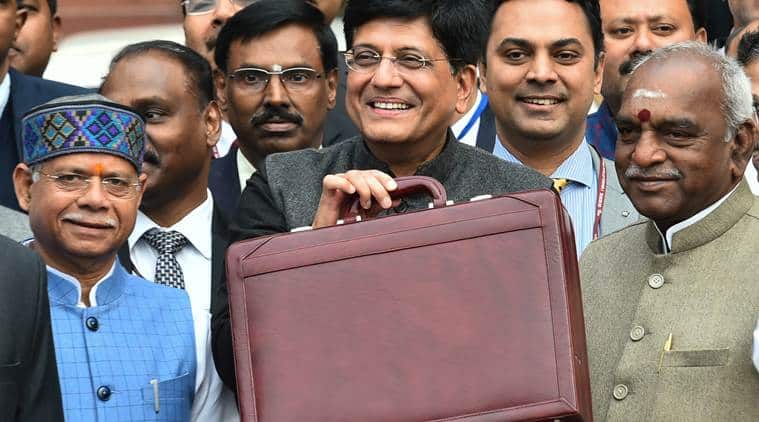 For the first time, an accounting professional (a merit ranked chartered accountant) presented a budget which balanced the needs of an election-bound government and an economy wanting to grow at a faster pace for better inclusion. It is a budget which boosts consumption through support to farmers and the rural economy, by providing direct income transfer, to middle-class taxpayers through tax rebates and to entrepreneurs through ease of doing business. More importantly, the path of fiscal prudence is not missed while creating a growth momentum for the economy.

The budget comes against the background of pioneering work done to make India more healthy through Swachh Bharat and Ayushman Bharat missions. Most of the places I visited in the last few years have seen a remarkable improvement in cleanliness. Work has also been done to make India more tax compliant. Our tax to GDP ratio for the bulk of our history was comparable to poor African nations. Through the launch of progressive taxation like GST and disruptive reform like demonetisation, the tax base has been expanded by more than 60 per cent in the last five years.

With the promulgation of insolvency laws, bankers have the authority to discipline big borrowers and recover their dues. Indians invest a large part of their savings in gold. This results in foreign exchange reserves being spent on the import of gold. Índia is like a patient who wants to improve her health but is donating blood rather than receiving a blood transfusion. Our import of gold is far more than the net foreign direct investment received in the last 17 years. This is despite the fact that in the last few years, Índia has become the largest FDI recipient in the world, overtaking China. The launch of gold bonds and the improvement in tax compliance have led to an increase in financial savings.

Much has been done to tame the Mahisasur of the economy — inflation. Through fiscal and monetary discipline, inflation has been brought down from double digits to low single digits. Inflation is a silent killer. It hurts the poor most.

The budget introduced the path-breaking provision of an income transfer of Rs 6,000 per year to 12 crore rural families. This will transfer Rs 75,000 crore to poor farmers every year. This, along with the increase in minimum support prices and the MGNREGA allocation, will support rural consumption.

Lower-middle class taxpayers will have more disposable income because of the tax rebate for income up to Rs 5 lakh and the relaxation on capital gains with respect to investment in a second property. They will also benefit from the relaxation of tax on notional rental income of a second self-occupied property.

Entrepreneurs will receive more through the increased allocation to MUDRA loans and experience less hassle on income tax assessment and scrutiny. The real estate sector gets special attention with tax-free profits for affordable housing development getting one-year extension and tax on notional rent on unsold inventory being available for two years.

The expenditure growth is muted on the capital side, as being a vote on account, there was limited flexibility to enhance capital expenses. The tax revenue growth assumption in the revised estimate for FY 19 includes a slowdown in GST collections and is likely to be achieved through increased corporate tax collections. The size of the net borrowing programme for FY 20 is little ahead of market expectations but it is manageable. The current year’s net borrowing programme is reduced due to increased mobilisation of small savings and is likely to continue in the next year. It will be important for the government to have a Plan B ready with strategic divestment and asset monetisation to fund additional capital expenditures next year if needed. The extent of fiscal discipline is visible with the net borrowing programmes as a percentage of bank deposits declining by more than half over the last eight years.

This budget is a calculated call to boost growth through a higher disposable surplus in the hands of rural as well as urban Indians. While urban consumption and government spending on infrastructure is on the front foot, private investment over the last few years has been on the back foot due to high real interest rates and tight liquidity. The boost to consumption can push demand higher, resulting in improved capacity utilisation, which in turn can act as a catalyst for increased private investment.

The debt market, while taking comfort from the path of fiscal prudence, will keep a watch on RBI policy in the next week. It will be interesting to see if the RBI gives an actual policy rate cut or guidance to rate cuts in the future to support the growth momentum. The equity market will focus on Q4 business momentum and election results to chart out its next moves.

The budget, which meets the aspirations of Bharat and India, also comes up to the expectations of the global rating agencies as well as foreign investors by supporting growth with a firm grip on fiscal discipline.