Terrorism continues to pose the greatest threat to the internal security of the country. According to the US Country Reports on Terrorism 2016, India is the third most affected country after Iraq and Afghanistan in the number of attacks perpetrated on its soil. It is estimated that a total of 52 terrorist groups are active in different parts of India, which is higher than in any other country.

Fortunately, there has been no major terrorist attack in the country after 26/11 (2008). Was it because we are much better prepared now and our law enforcement agencies have been able to prevent such an onslaught? It would be difficult to give an affirmative answer.

Ever since the last attack in Mumbai, Pakistan has been under increasing international pressure to rein in its terrorist formations. The US Secretary of State has sternly warned Pakistan to act on terror or else they will adjust their strategy and tactics to achieve the objective in a “different way”. The presence of a strong government in Delhi, which showed the courage to launch a surgical strike across the border, could also have been a deterrent factor.

Looking at our counter-terrorism capabilities, the fact is that there has been no substantial accretion after the slew of measures taken in the wake of 26/11, when National Security Guard units were decentralised, an elaborate coastal security scheme was drawn up and the National Investigation Agency established. Complacency seems to have set in. It is a sad commentary on the republic that we wake up to the seriousness of a situation and take measures to deal with it only after a setback. Are we waiting for another catastrophe to overwhelm us?

There are chinks in our armour. The police, who are the first responders to any terrorist crime, continue to be in a shambles. The states have done precious little to reform, rejuvenate or reinforce the capabilities of the police forces. The Supreme Court’s directions of 2006 have been treated with contempt. The modernisation of police, in fact, suffered a setback when, following the 14th Finance Commission’s recommendations and increase in the share of states’ revenues, the Centre delegated the responsibility to the state governments. Fortunately, the Government of India recently approved a Rs 25,000 crore scheme to strengthen the law and order apparatus. It will have to be ensured that money is utilised for the purpose for which it has been sanctioned.

The Central armed police forces are not in the best health. There are rumblings of discontent, particularly in the BSF and CRPF, over the quality of leadership at different levels, promotional opportunities, irrational deployments, inadequate infrastructure in insurgency-affected states and aspects of service conditions. Intelligence at the state level is generally in doldrums. Implementation of the coastal security scheme has been tardy. The National Counter Terrorism Centre has been conveniently forgotten.

The Government of India’s performance in several areas has been commendable. Internal security has, however, for inexplicable reasons, remained a grey area. The “SMART” police conceptualised by the prime minister is nowhere to be seen, thanks to the indifference of the state governments. The Centre must initiate measures to move “police” to the Concurrent List of the Seventh Schedule of the Constitution, as suggested by the reputed constitutional jurist, Fali Nariman. The anti-terror law would also need to be given more teeth. Meanwhile, the threat from terrorism continues to escalate. There is a concerted move to see that Assam is engulfed in turbulence in the same way as it happened in Kashmir in 1989. The ISI is working on this plan and is said to be coordinating strategies with radical elements among the Rohingyas and illegal Bangladeshi immigrants in Assam. Al Qaeda had declared its plans to intensify its activities in Assam as far back as 2014. The Jamaat-ul-Mujahideen Bangladesh has been steadily setting up units in Assam as well as West Bengal. Syed Arshad Madani, chief of Jamiat Ulema-e-Hind, recently said that Assam will burn if 50 lakh Muslims were left out of the National Register of Citizens.

In two other states — West Bengal and Kerala — the ruling establishment has been following policies which have emboldened the fundamentalists. In J&K, the Pakistan-sponsored terrorist groups, particularly Jaish-e-Mohammad and Lashkar-e-Toiba, are determined to keep the pot boiling. The release of Lashkar chief, Hafiz Saeed, on the eve of 26/11 is ominous and betrays Pakistan’s continued support to cross-border terrorism.

The Islamic State has been losing territories in Iraq and Syria but its ideology has caught on and lone wolf attacks continue to take place in different parts of the world. A recent report shows that there may be such attacks on Hindu religious congregations such as the Kumbh Mela and Thrissur Pooram. The ministry of home affairs has been complimenting itself over the small number of Muslims who have joined the Islamic State but, as pointed out by several experts, even a small percentage of Muslims in India gravitating to the ideology would be a formidable number and pose a serious challenge to the security of the state.

The overall scenario is, thus, quite grim. It is high time that the security architecture is revamped. India has repeatedly given a call at international fora for united efforts to combat terrorism. However, first we must set our own house in order. Even otherwise, the future of democracy and our capacity to sustain the momentum of economic progress would depend in no small measure on our ability to reinforce and strengthen internal security.

Songs From the Shadows 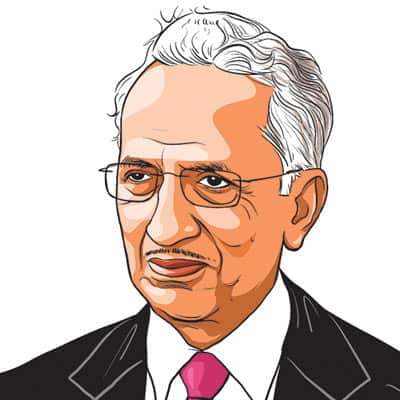