A poor farmer would be right to ask why Mr Modi left him to fend for himself for all these years. Why has the promised transformation not come to rural India? Unsurprisingly, the BJP’s friends in the corporate sector should be pleased. 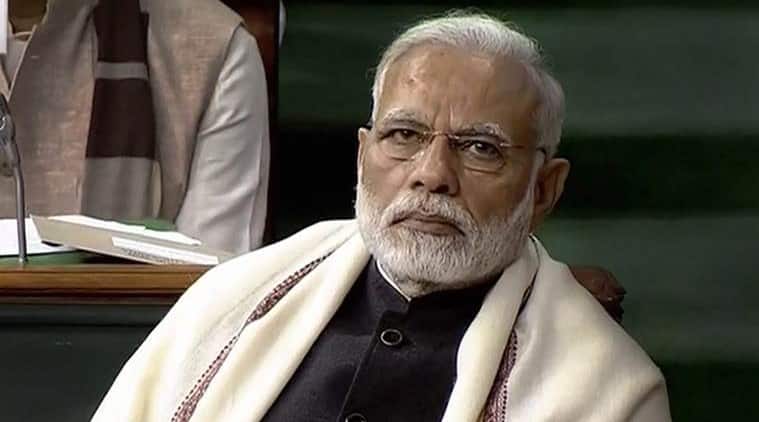 Agriculture has grown at an average of about 2 per cent under the Modi government. (Source: PTI photo)

The Modi government has delivered its fourth budget. It is full of announcements. That’s all I can say as far as this government’s delivery is concerned. The promise of Achhe Din remains a mirage. Finance minister Arun Jaitley’s latest budget will do very little to bring us any closer to the tantalizing promise of 2014. Despite dominating the political landscape, the government has failed in improving the lives of the vast majority of Indians. To make matters worse, the first single-party government in three decades frittered away a glorious opportunity to fundamentally reshape the Indian economy.

As a member of the Opposition, I should delight in the government’s failures. But, as a citizen, I am left wondering about what might have been. Fortunately, as life goes on, we can still draw lessons for the future. With that in mind, let’s see what the Modi-Jaitley team has cooked up and what is missing in this picture.

With an eye on elections, the government set about addressing the concerns of key voting blocks. The Finance minister spent a good chunk of time discussing all the things the government would do for the long-suffering farmer, including setting the minimum support price (MSP) for kharif crops at 1.5 times the cost of produce. However, this cynical politics will be of little consequence because the government has so far not addressed the fundamental challenges facing farmers.

Agriculture has grown at an average of about 2% under the Modi government. This is half the rate achieved in the 10-year rule of UPA. Making announcements is no longer sufficient. One only has to look at the dismal progress on past announcements related to eNAM, irrigation projects, micro irrigation and dairy funds. A poor farmer would be right to ask why Mr Modi left him to fend for himself for all these years. Why has rural wage growth been so low during the Modi years? Why has the promised transformation not come to rural India?

India spends very little on social sectors such as health, education and social protection. Luckily we have an election coming up and the Modi government is desperate to make people forget its past failures. While the overall increase in these critical areas is modest, the Finance minister announced 4 crore free electricity and 8 crore free gas connections as well as a health insurance scheme for 10 crore poor families.

The same people who criticised the UPA for MGNREGA (a work for welfare programme) will now call these initiatives a “stroke of genius”.

If such announcements won elections, however, Modi and the BJP would be sitting pretty for 2019. However, people understand that what’s past is prologue. You only have to look at the many broken promises to see how these schemes will be implemented. The National Food Security Act promised Rs 6,000 to pregnant and lactating mothers. However, in its first year of implementation, only about 2% of the women received this benefit. Similarly, in 2016-17, the Pradhan Mantri Fasal Bima Yojana generated Rs 22,437 crore in premiums for insurers while farmers filed claims worth only Rs 8,087 crore. So, good luck to all those who hope to receive free power, gas, and health cover.

Meanwhile, taxpayers should pay particular attention to how the health insurance scheme is implemented. You could end up enriching a few private sector players.

The government was somewhat stingy with the salaried class, only bringing back the old standard deduction as opposed to increasing the minimum exemption limit for income tax. It is almost as if Mr Jaitley has forgotten his idea of setting the limit at Rs 5 lakhs. Of course, he was in the Opposition then. The current limit remains at Rs. 2.5 lakh, much to the dismay of many.

Unsurprisingly, however, the BJP’s friends in the corporate sector should be pleased. The corporate tax rate is now 25% for companies with revenues of up to Rs 250 crores. This should bring some cheer to the better-off sections of society. Of course, that also means the share of indirect taxes in total tax revenue will continue to grow. Chalk that up as a transfer of resources away from low and middle-income families.

The medium-term outlook is clouded by the government’s failure to stick to its fiscal deficit target. Mr. Jaitley announced that the fiscal deficit would be 3.5% of GDP both in 2017-18 and in 2018-19. This is largely a self-goal given the impact of PM Modi’s demonetisation disaster as well as the inept roll-out of GST.

Firming crude oil prices have also likely contributed to the breach of this target. Unfortunately, oil prices will likely remain at elevated levels this year, stoking inflationary pressures. Could this have been avoided? Of course, yes. Instead of experimenting with our economy, the Prime Minister should have focused much earlier on resolving banking sector and private investment problems. Had that happened, we would have grown in 2017 as opposed to slowing down at a time when the rest of the world was growing.

There were a number of other announcements in the Budget. Smart cities, Mudra loans, railways, infrastructure spending etc., were mentioned. However, nothing that I have seen in the last four years gives me confidence that Mr Jaitley’s budgets have any answer to the biggest challenge facing India—creating decent jobs for our youth. The fact that the FM clutched at a now debunked report, which cited new Provident Fund data incorrectly, as proof of job creation is alarming. This suggests the government has run out of ideas and will sell you any pakora that it can.

Here’s something to ponder. When you look back to Mr Jaitley’s four budgets, do you get a sense that the government’s allocations reflect India’s future needs? Are we investing enough in health, education, skill building, social protection and innovation? I am afraid the answer is an unambiguous no. On transforming our economy, the Modi government has been a huge disappointment. If you don’t believe me, ask the voters in Rajasthan who today decisively rejected the BJP. They have seen enough! 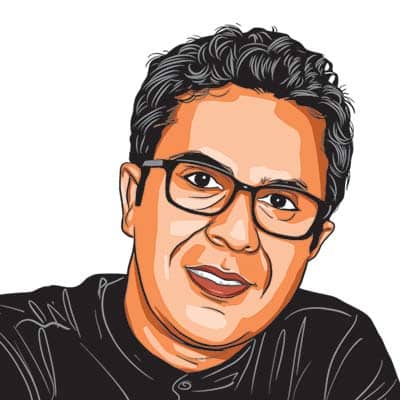