Bulls eye from Atanu Das: Beats two-time Olympic champion to enter round of 16

Atanu Das and his world number one wife Deepika Kumari are the two Indians left in the fray. Deepika has also made the round of 16. 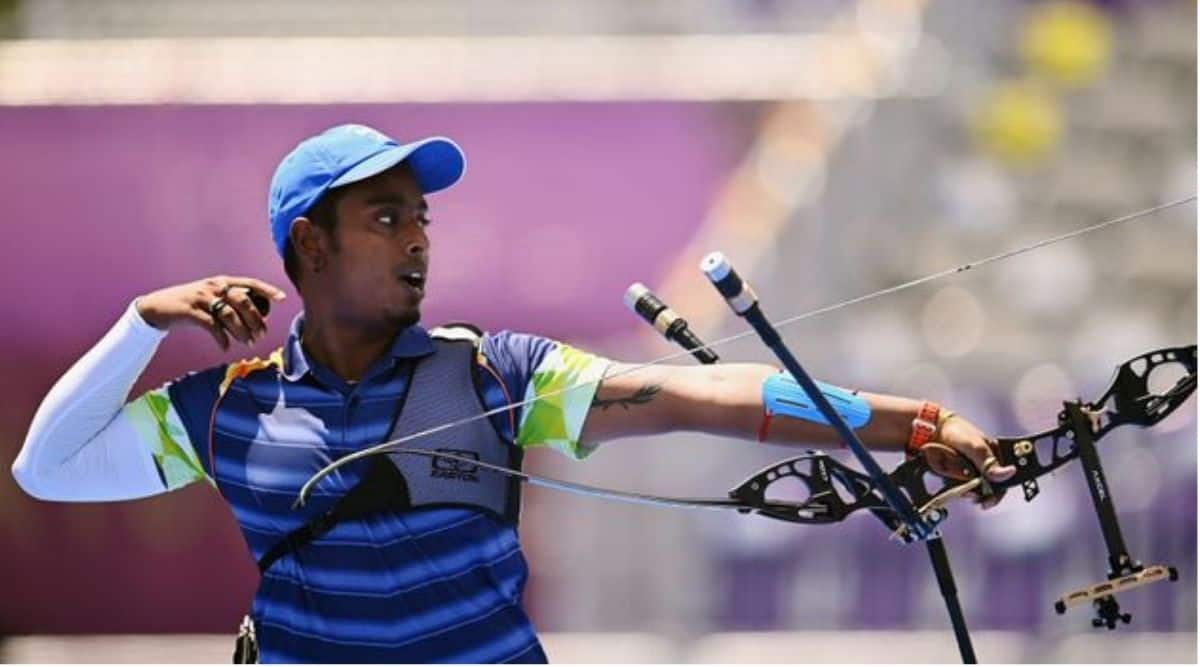 It was close right through the match. The stodgy Korean has a slightly unique way – He bends his left shoulder a bit outwards as he feels it suits his body. “What matters how you control the shoulders,” he once said. What also matters is how you control the mind. The Indian was better on the day.

It seemed he had won in the regular play itself. In the decider, in the last shot, Das need 10 to win. He fired and the arrow seemingly was on target but it just shaded away to 9. It brushed the previous arrow which was wedged in 10. The commentators speculated whether that brushing made the difference between 10 and 9. It might well have. The Korean let out a sigh of relief in the background. Das’s face creased into a gentle boyish smile.

The final face-off- the single arrow shoot off began. No Achilles heel, this time. Game over.

Atanu Das pulls out the huge 🔟 in a shoot-off to upset London 2012 @Olympics Champion Oh Jin Hyek! What a shot! 🙌#ArcheryatTokyo #archery pic.twitter.com/OVlWxTsBwF