What Chaudhary and Verma have garnered here are certain moments and instances – ones that they will pore over with their coaches and reflect in private. 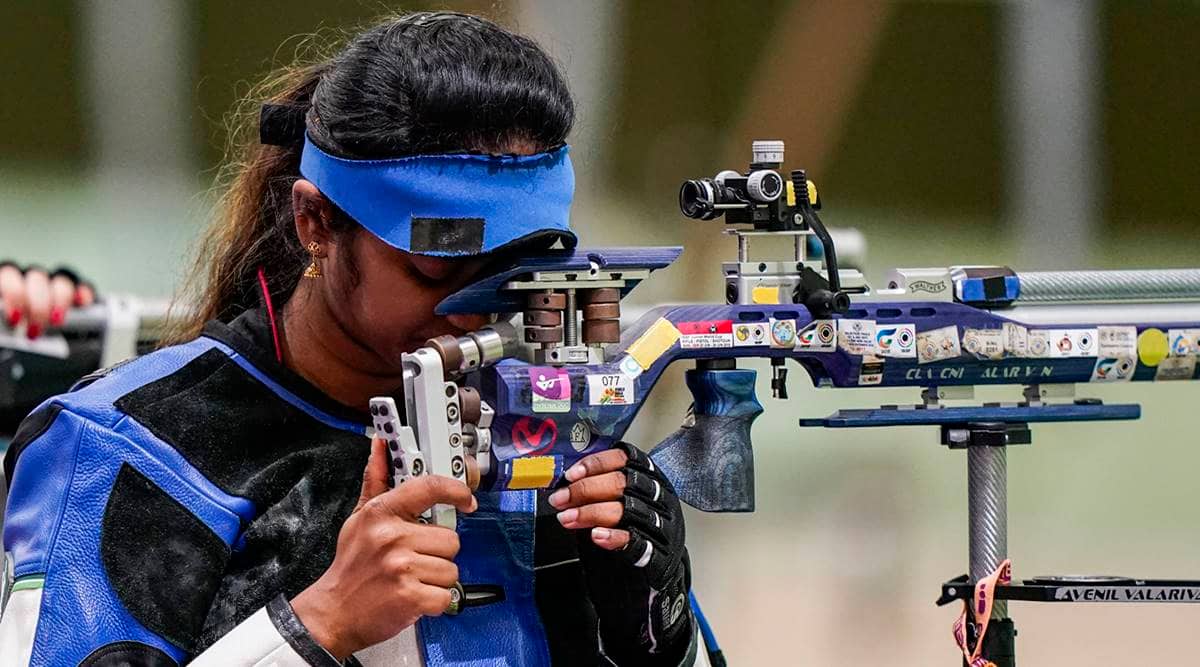 The Olympics are rarely kind to first-time Indian shooters and despite being favourites in their event – tags rightfully earned – both Saurabh Chaudhary and Abhishek Verma disappointed in the Men’s 10m Air Pistol event at the Asaka Shooting Range. Not everyone can light up their debut Games like Chinese shooter Yang Qian, who won the first medal of the Tokyo Olympics, taking down favoured Indians Elavenil Valarivan and Apurvi Chandela on her way to gold in the women’s 10m Air Rifle event.

What Chaudhary and Verma have garnered here are certain moments and instances – ones that they will pore over with their coaches and reflect in private. Their response to some of those moments, borne out of a combination of pressure and inexperience, will define what kind of shooters they become.

For someone like Chaudhary, coming seventh in a stacked event, while being only 19-years-old, is not the end of the world. And he has to look no further than a man whose temperament he emulates in more ways than one. In April last year, Abhinav Bindra had spoken to The Indian Express on his seventh-place finish at Athens 2004.

Bindra spoke about how he was determined to not let that seventh place define him. Two years later, a World Championship at Zagreb materialised and in 2008 came his crowning moment in Beijing. If one goes by the slew of 10s (27 of them) that Chaudhary scored on his way to topping qualification, it is a matter of time and experience before the shooter from Meerut makes his mark at the Olympics.

But in order to do so, there are certain moments from his qualifications and finals run that Chaudhary would need to revisit, none more so than his opening shots in the final. Four of his first five shots in the final were below 10 and the first was a lowly 10.1. His first high-scoring shot, a 10.6, was immediately followed by a 9.6 in the elimination rounds.

A couple of years ago, national shooting coach Deepali Deshpande had spoken about pressure and said that while pressure at the Olympics was inevitable, there were ways to counter it – especially through certain actions. If the body was under pressure and tensed up, these shooters were trained to loosen the grip on their weapons. If they were shooting high scores, then they are trained to maintain the momentum.

Despite training for these moments, Chaudhary’s rhythm never really started to strum together. Leading by .3 against Chinese shooter Zhang Bowen, he ended up with a 9.6 shot while Bowen reversed the deficit with a clutch 10.2.

One wonders what Verma must be going through. He is someone who took up the sport far later in life than anyone else in the squad sent to Tokyo by the National Rifle Association of India (NRAI). A tentative beginning in qualification saw Verma end his first series on 94 points, which included six 9s. A slow walk to recovery with 96 in the next series followed. The lawyer then decided to take his time to assess what had happened.

After that short break, Verma went on a tear. Between the third series and the fifth, he snagged 23 10s. His shot chart for this period resembled every Hollywood attempt to showcase elite marksmanship. Except this wasn’t a scripted moment, but one that was playing out for real. Towards the end of the fifth series, Verma sat pretty in fifth spot and it seemed like a final position was all but sealed.

But then disaster struck. In the sixth and final series, all Verma had to do was take his time, and hit his mark. But his last four shots in the series were a disappointing 9, 9, 8 and 8.

He started the sixth series with a spot in the final 8 almost guaranteed, only to virtually throw it away. His last four shots betrayed lack of experience on a stage that crucifies one for it and Verma crashed to 14th spot and out of any chance of a medal.

The debut jitters hit Elavenil as well. On paper, India had a formidable team in the event, with Valarivan ranked No. 1 in the world, and Apurvi being the current world record holder with 252.9 points in the final, a feat achieved in Delhi in 2019. But both faltered massively in qualification. While Valarivan is a first-timer at the Games and finished 16th, Chandela had prior Olympic experience, having been a favourite in Rio but coming in 34th then and 36th this time around.

Testing Britney Spears: Restoring rights can be rare and difficult