A touchy teenager, the ‘sarpanch’, good friend, foodie… and now Neeraj is an Olympic champion. 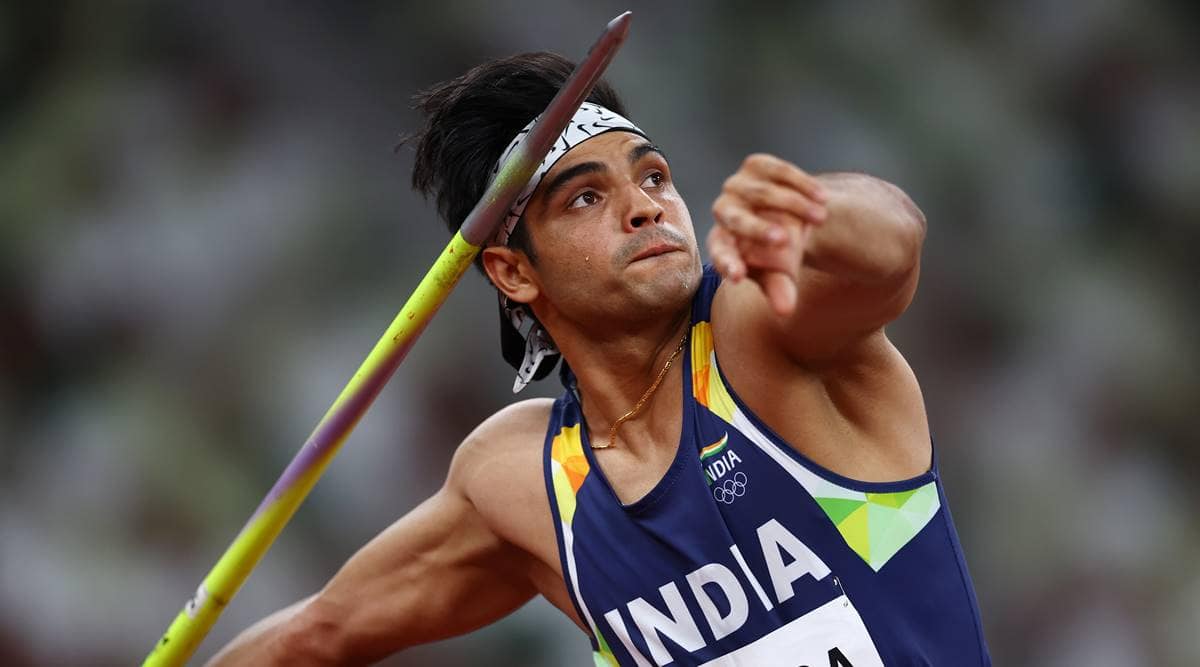 Neeraj Chopra did not just win a gold medal, flinging the javelin a staggering 87.58m to top the charts in Tokyo, but vaulted himself into history books as well as the consciousness of a medal-starved nation. It would go down, to date, as the most historic of medals in India’s Olympic history. Perhaps, the most historic in the nation’s sporting history. The gold, a historic first for the country in track and field, the second for an individual ever and the first since Abhinav Bindra’s in 2008, would also ensure India’s richest-ever tally (seven).

Much before he won the country’s first-ever track and field medal, they used to call Neeraj the village headman in Khandra, near Panipat. What started as a joke turned out prophetic. It’s one Neeraj story, his uncle Bhim Chopra never tires of narrating.

His story is as much endearing as it is inspiring. While still in school, Neeraj once came home crying. It was very soon after he had rushed out of his house, excited to show his sparkling white new kurta-pyjama to his friends. A stray taunt by one of his playmates would make Neeraj a butt of jokes among pals. The incident would also change his life and give him an apt nickname for the rest of his life.

“Dekho sarpanch ji agaye”, was the sarcastic comment that had left Neeraj deflated back in the day. His father and uncle would enrol him at a local gym to toughen him up. They wanted the boy to fight his own battles, instead of coming home in tears with complaints. Neeraj would get hooked, develop muscles, channelise his newfound strength to hurl a javelin and with time be among the best in the world.

Despite his superstar status, Khandra, a village close to Panipat in Haryana, still calls him sarpanch.

#NeerajChopra
It’s a gold for India !!! Let the celebrations begin! Our boy #NeerajChopra wins GOLD!!! Wins the javelin competition with a fantastic throw of 87.58 mtrs!! pic.twitter.com/WtZ3MVIJhZ

In close to a decade, the Chopras have climbed up the social ladder with such speed that they are the new benchmark of this village. Along with Neeraj’s once modest home getting repaired, refurbished and growing in height, the new admissions at the javelin academy at the local school has increased. The Olympic medal is expected to see an army of young boys with dreams reaching out for the javelin.

The Asian and Commonwealth golds in 2018, was a turning point in Neeraj’s life in terms of fame and recognition. But the 23-year-old has always remained oblivious to the trappings of stardom. The prize money and sponsorship deals post-2018 helped him fulfil some long-standing desires but they still remain grounded.

Neeraj Chopra, of India celebrates winning the gold medal in the final of the men’s javelin throw at the 2020 Summer Olympics. (AP Photo/Francisco Seco)

Additions such as a new three-storied house with a fully equipped gym, a Harley Davidson bike, an SUV and three tractors are superficial, feels father Satish. “Yes, the next generation of the Chopras has access to better facilities now. But for me what matters is that we are happy and stay together as a family. Family is everything for me. Ye gadi vadi ka shauk nahi hai mujhe,” says father Satish who still spends most of his time tending to the family farms.

His wardrobe has nothing fancy. A few pairs of white kurta pyjamas and leather chappals and juttis (narrow tipped traditional shoes). “I’ve never worn a pair of jeans in my life, never owned shoes with laces. I like it this way and I’m not going to change. Even Neeraj tells me ‘papa, be as you like,” father Satish says.

There’s one thing that has changed in Satish’s life though, says younger brother Bhim. “He spends a lot of time on the phone nowadays,” he complains before Satish quickly retorts: “Arrey kahan? I just watch Neeraj’s throws on YouTube.”

At home in Delhi for a short break, Neeraj’s “best friend” and the US-based high jumper Tejaswin Shankar has been glued to the TV during the Olympic fortnight. The two met for the first time during a junior meet in 2015, and since then have forged a bond that goes beyond the field. They pull each others’ legs, mostly Tejaswin taking the lead, exchange voice notes. The Delhi boy and worldly-wise high-jumper has been Neeraj’s off-the-field mentor, who has constantly updated the Khandra boy’s social skills.

“It almost amazes me that he hasn’t changed one bit as a person. Zero. I think after achieving so much he deserves to show off a little but no he doesn’t,” says Tejaswin.

The only transformation Tejaswin has noticed is the way now Neeraj’s professionalism has grown. “I don’t know if it’s because he’s not a teenager anymore or because of the coaches and training, but he has become a lot more focused. I spoke to him before about the qualifications and he was already talking about the events he’s planning to take part in after the Games. He wasn’t like this before, ” says Tejaswin.

“Pehle josh tha lekin hosh nahi ( e had the zeal in him but didn’t know how to channelise it). Earlier, he used to say things like he wants to throw big and win medals but didn’t have any concrete plans,” says Tejaswin, who were hotel mates for 15 days in Bengaluru in 2016 ahead of a training camp at the JSW facilities in Bellary, about 300km away. Tejaswi recalls they had fried rice and matka kulfi two weeks straight for dinner at the Bengaluru hotel because Neeraj loved it.

For Neeraj’s uncle Sultan, the star thrower will always remain that mischievous little over-pampered boy he saw burning the kitchen down while trying to shoo away bees. “He wasn’t allowed to do any household chores. We didn’t send him to work in the fields as well. He was the first kid in our family and he was like a doll for us,” says Sultan.

But the extra pampering came at a price. The high-calorific meals of ghee-fried parathas, fresh buffalo milk and freshly churned butter with no exercise meant Neeraj grew broader than longer. But the family didn’t bother much until Neeraj came home weeping one day. No one knew those tears would start a journey that would give endless joy to the Chopras, Khandra and India.