Young travel entrepreneurs in the Northeast are rerouting after pandemic slowdown

They threw caution to the winds, giving up salaried jobs in metros to start what they call ‘immersive travel’ in the Northeast. Hit by the pandemic, these young men and women are now trying to rethink travel in COVID-19 times 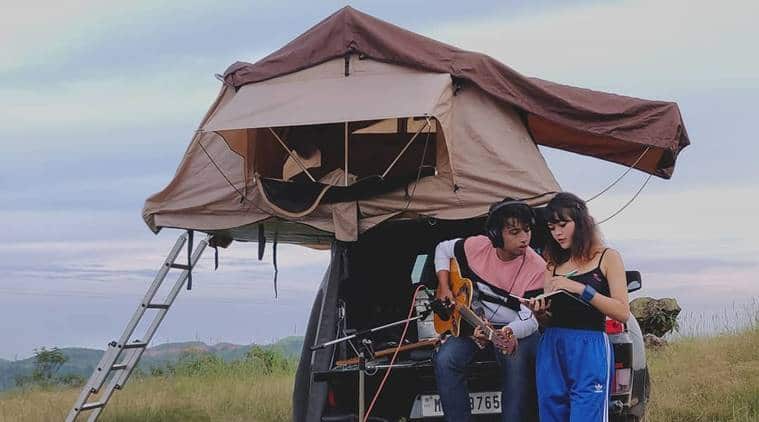 On April 9, about a fortnight into the nationwide lockdown, Bijoy Sankar Rajkumar, who owns a travel start-up in Assam, put up a Facebook post offering his services as a website developer. “The tourism sector has gone down since last December. Let me know if any of you are looking for a website or mobile app,” he posted.

Rajkumar, 29, was banking on skills he had learned as a software developer at IBM in Bengaluru, a job he gave up to come back home to Assam in 2017. The next year, he started NorthEast Guide — a travel company offering “offbeat and responsible trips” to locales across the Northeast many had never heard of. “With us, you would go to Pynursla, not just Cherrapunjee; to Majuli, not just Kaziranga,” said Rajkumar, “Then there was Jakhama, Khonoma and Dzukou Valley in Nagaland, Ukhrul in Manipur and Mechuka in Arunachal Pradesh.”

In the two years his company has been around, his “calculated risks” of giving up a salaried job has paid dividends. He is not the only one. Over the past five years, a new crop of travel entrepreneurs have emerged in the Northeast: young men and women who threw caution to the winds, giving up salaried jobs in metros to come home and do what they are really passionate about: travel, and get other people to travel. ChaloHoppo, which offers “curated offbeat village experiences in Northeast India”, was started by four twenty-somethings in 2016. “We didn’t come from a school of the travel tourism industry. Our experiences were not bookish,” said 30-year-old Nishant Sinha, one of the founders of ChaloHoppo, who now works as an independent consultant. 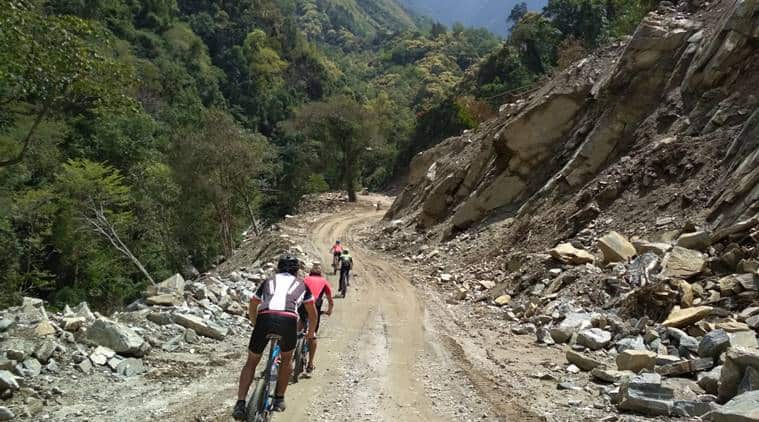 But the pandemic and subsequent lockdown in different parts of the world has put a freeze on the movement of people — and thereby, businesses of these travel companies, which had only just taken off.

Rajkumar — who hails from a small town in Assam’s Barpeta district — is now struggling to pay rent for his residence-cum-office in Guwahati. ChaloHoppo has given up its office space and laid-off employees. Ratan Jain, who runs Experience Destination, has started a disinfecting service for shops and offices to tide over the bad times.

‘Pandemic has swung us into action’

Roheen B Engti, who launched North by Northeast Journeys in 2010, one of the oldest among the offbeat travel companies in the region, said it took years to build his brand. “But since November, we have been sitting at home — just doing refunds,” he said, “First it was CAA, and just when the tours were going to start, came the lockdown.”

For many, things started going downhill last year itself when unprecedented protests against the Citizenship Amendment Act (CAA) brought life in Assam — essentially the gateway to the other northeastern states — to a standstill. Followed by curfews in Meghalaya — again related to the CAA — in February, and finally COVID-19, the entrepreneurs have realised the need to strategise. 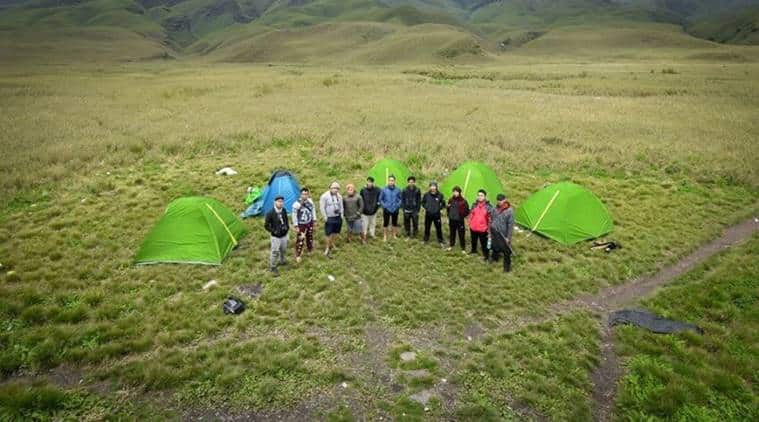 “While domestic travel will start soon, I don’t see international travel happening any time soon,” said Engti, whose company primarily caters to ‘serious’ international travellers offering a variety of tours in unconventional terrains: cycling in eastern Arunachal Pradesh to walking tours in Meghalaya. Today, he is thinking of ways to modify his itineraries from the “domestic perspective”. “Before we would see a route and that would determine our itinerary, now people, and their preferences, will determine our itinerary,” he said.

Both ChaloHoppo and NorthEast Guide are considering day trips to destinations closer to Guwahati — to Chandubi Lake, Pobitora Wildlife Sanctuary etc. “There are domestic travellers who will want to travel within the Northeast. Some people would opt for day trips,” said Chetan Jalan, 27, one of the founders of ChaloHoppo. The company has also started an initiative: #ChaloTravelTomorrow or “Travel tomorrow, support today”. “The idea is to support the local homestay owners, cab drivers across the Northeast, who we depended on all these years but have been hit hard,” said Jalan, explaining that the initiative will work on a credit system.

Rooftop travel. My favorite seat on any ride. The first time I experienced travelling on the roof of a vehicle was back in 2012 when two of my friends and I were on an impromptu backpacking trip to Tawang. . On our way back, from Nameri to Tezpur, the driver and conductor of what was probably some big Mahindra public carrier offered us a choice. Sit inside and pay 10 or sit on top and pay 5. I dont remember the exact cost, but that was the ratio. . As 22 year old enthusiastic cutlets who had recently been unable to cope with the exorbitantly low alcohol prices in Tawang and lost a brand new MP3 player apart from dignity, as we crawled out of a bar, this was another fascinating offer we couldn’t say no to. . And hence began the journey on the roof. Things were fine but if one remembers the road conditions of that stretch back in 2012 it didnt take too long to realise what bafoonary we had signed up for, putting our bottoms through such annihilation. . My friend gave up, but I stayed on, I think. Anyways, since then, every opportunity I get to jump onto the roof, I do it. If I find fools like me then together we annihilate our asses. . Here are my companions from the North Sikkim tour in March 2019 @ilareddy and @shruthi_kalbargi Thank you for being the wise one, and not joining us and taking this photo @jetsetlifemode What’s your take on rooftop travel? How can we make it more comfortable? #CHALONORTHEAST #CHALOHOPPO . . . . . . . . . #ROOFTOPtravels #northeastIndia #northsilkim #dzongu #whereisnortheast #sikkim

In Sikkim, 35-year-old Pintso Gyatso — who runs Our Guest, a travel company whose services “ensure you feel like a local” in destinations in Sikkim, Darjeeling and Northeast — said they have been constantly in touch with the government discussing how travel can aid economic revival. “One of the first things we did is form an association for homestay owners in Sikkim,” said Gyatso, explaining that their state largely depended on revenues from travel tourism. “Over the last two-three years, hundreds of homestays have come up in Sikkim — these small players are most affected by the pandemic,” he said, “Forming an association, giving them a platform was long overdue — in a way, the pandemic swung us into action.”

In 2016, Heena Manav, 29, and Harsh Sharma, 30, moved to Guwahati to launch app-based taxi service Uber. “Two years into the job, we realised there was massive tourism potential,” she said. Manav and Sharma then started Camping Co, which created customised overlanding trips (self-reliant adventure travel to remote destinations) to places in the Northeast and Bhutan. “We had just hit the sweet stop…an organisation which was able to grow and expand, and finally secure investment.”

While in the last three months, things have come to standstill, Manav said she was hopeful. “What we will try to promote now is low-contact tourism — the opposite of mass tourism, which we were not into anyway,” she said, adding that by design, overlanding is a self sufficient form of travel to remote locations. “It means you’ll have the least amount of physical proximity with others as you travel by yourself or just with close friends and family.” For many, things started going downhill last year itself when unprecedented protests against the CAA brought life in Assam — essentially the gateway to the other northeastern states — to a standstill. (Source: Ezhil vasanthan)

As per Sinha, content strategy by travel companies is the most crucial now. “We need to keep the conversation going — about the way we travel, about responsible tourism… we need to build a whole new template of travel for once things open up,” he said.

Karma Thutop, who runs Our Guest with Gyatso, said they are consciously keeping their social media handle active through the lockdown. “We are conducting webinars, speaking about eco-tourism over mass tourism,” the 35-year-old said, “Through these, we are trying to learn, exchange ideas about how travel lifestyles will change.”

As entrepreneurs, Rajkumar said, they have no choice but to think on their feet. Fortunately, for him, a grant he had applied for from the Assam government has come through last week. “This will really help me,” he said, “But we entrepreneurs need to have a long-term strategy now. For example, as and when we start, the concept of sharing rooms/tents with strangers will no longer exist,” he said. Jain, from Experience Destination, said he is trying to look at the positives. “One perk, I suppose, is that this will filter out those players who were selling the ‘generic’ holiday. The focus will now truly be on experiential travel. “And those who want to travel, will travel,” he said, “Look at me, I did not spend fifteen days in the same place in 2019. And now I am under lockdown for three months. I am fighting this urge inside me to get out and travel. Surely, I can’t be the only one.”