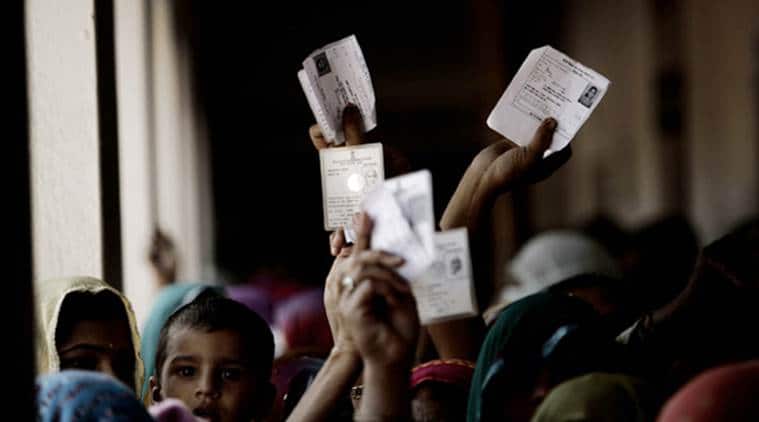 During the course of electoral rolls revision, the names of 3, 27,595 voters, including 42,843 first-timers in age group of 18 to 19 years, were added to the list. (Representational photo)

Women have outnumbered men, making up for 50.4 per cent of the registered voters in the final electoral rolls of the state. The voters’ list, published yesterday, has names of 18, 30, 104 voters, of which 9, 23,848 are women, chief electoral officer (CEO) F R Kharkongor said.

The final list was released after looking into the claims and objections filed from different quarters of Meghalaya, where assembly elections are due in the first half of this year, he said.

Meghalaya, with a population of 3.2 million people, has a literacy rate of 74.4 %, according to the official records of the state government.

The tenure of the current assembly expires on March 6 and the Election Commission is making last-minute preparations before announcing the poll date, the CEO said.

A total of 8,276 names were deleted from the roll and 6,645 applications were rejected, Kharkongor said. Unlike Tripura, no one in Meghalaya registered for the third gender option in the final rolls.

The number of polling stations has been increased from 2,485 in 2013 to 3,082 this year, an increase of about 24 per cent, he said. Of the 60 assembly constituencies in the state, the Mawshynrut seat witnessed maximum inclusion with 2,123 new voters, the officer added.

JNTUK BTech 2-1 results 2017 date and time: Results likely to be out at jntukresults.edu.in