“You would be happy to know that the protocol route has been expanded to include new inland river ports near Tripura," PM Modi said. 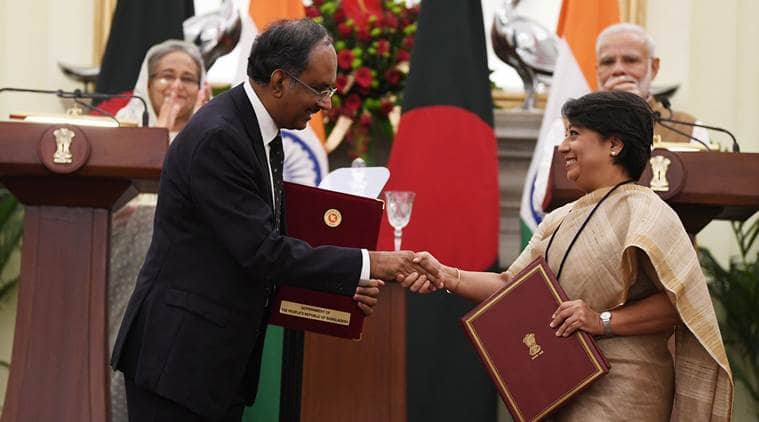 Tripura will be a major beneficiary of the seven Indo-Bangladesh agreements signed during Bangladesh Prime Minister Sheikh Hasina’s recent visit to New Delhi. It will become the first Northeast state to have direct access to international sea trade routes, once the agreements are implemented.

“All these agreements will reap huge benefits for India at large. Among these, the first three points offer direct benefits to Tripura. After these agreements are implemented, Tripura will become the first Northeast state to have direct access to international sea trade routes. This will immensely boost the state’s trade and commerce potential,” a senior official from the Chief Minister Office said on Saturday.

These include — agreement on adopting Standard Operating Procedure (SOP) on the use of Chattogram (Chittagong) and Mongla ports in Bangladesh, a Memorandum of Understanding (MoU) on withdrawal of 1.82 cusec water from River Feni by the Centre for drinking water supply scheme for Sabroom township in South Tripura and an agreement concerning implementing government’s Line of Credits (LoC) extended to Bangladesh.

The CMO official said out of the seven agreements signed during the Bangla premier’s visit to New Delhi, Tripura would be direct beneficiaries of three aspects while the rest would provide cascading effect on the rest. 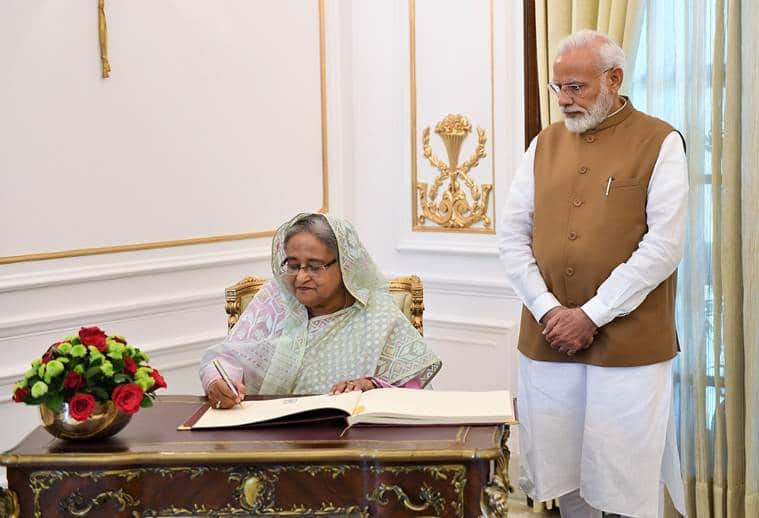 In a joint-statement issued by Prime Minister Narendra Modi and his Bangladesh counterpart Hasina, earlier today, the leaders said that both countries would utilise “various opportunities for advancing mutually beneficial partnership in both conventional and non-conventional areas, and to ensure that this irreversible partnership enhances the legacy that started with the Great War of Liberation of Bangladesh.”

Soon after the issuance of the joint statement by the leaders, Chief Minister Biplab Deb hailed the decision stating that this is another milestone of PM Modi to enhance bilateral relations as well as regional cooperation.

Thank you PM @narendramodi ji & PM #Bangladesh for this extended protocol route which in turn will be a game changer specialy for Tripura’s economy.

With the able leadership of @PMOIndia @narendramodi ji & PM Bangladesh Seikh Hasina ji both the countries will prosper together. https://t.co/iR57gJdCrN

The Inland Waterways Authority of India (IWAI) is in the process of setting up a jetty for inland waterways connectivity with Bangladesh. This new route would put Tripura in direct access to Ashuganj port, which is 60 km from the international border. Also, a bridge being built upon River Feni at Sabroom in South Tripura would grant Tripura direct access to Chittagong Port and Mongla port.

As per the Standard Operating Procedure (SOP) of ports, the two nations welcomed the decision to include Daudkanti (Bangladesh)-Sonamura (Tripura) route apart from operationalising Dhulian-Gadagari-Rajshahi-Daulatdia-Aricha inland water trade route under Protocol of the Inland Water Transit and Trade.

The countries also agreed to exchange data and information to prepare a framework of interim sharing agreements for six rivers — Manu, Muhuri, Khowai and Gomati rivers of Tripura and Dharla river of Bangladesh and Dudhkumar river of West Bengal.

The agreements also include a consensus on lifting restrictions on entry and exit from land ports in India for Bangladeshi citizens travelling on valid documents.

The state government had earlier appealed the Ministry of External Affairs (MEA) to take up the issue of revoking port restrictions applicable in Tripura-Bangla frontiers with Dhaka. The issue was raised in discussions with the Bangladesh PM, who assured that the restrictions would be removed on most items in a phased manner.