Tripura: Congress rules out scope of alliance with CPI(M) for LS polls

Tapas Dey, vice president, Tripura Congress said: "Though CPI(M) and Congress are in talks for an alliance in West Bengal for the upcoming Parliament elections, there is no possibility of such an alliance in Tripura." 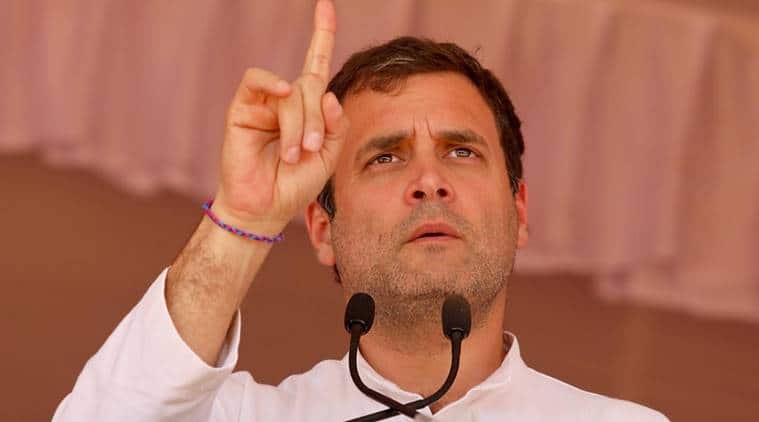 The Congress has said it will not ally with the left in Tripura.  (Source: INCIndia/ File /Twitter)

Tripura Congress Monday ruled out the possibilities of a pre-poll alliance with the CPI(M) saying that the two parties share a history of bitter opposition for decades in the state.

Speaking to indianexpress.com, Tapas Dey, vice president, Tripura Congress said: “Though CPI(M) and Congress are in talks for an alliance in West Bengal for the upcoming Parliament elections, there is no possibility of such an alliance in Tripura.”

“We have requested the party high-command to ensure that there is no alliance between CPI (M) and Congress in West Bengal. However, if the party decides otherwise depending on the national scenario, we shall welcome it. But there will be no overt or covert alliance with CPI(M) in Tripura,” Dey added.

The senior party leader said that many Congress leaders were allegedly murdered by CPI(M) in their rule over two decades. He also expressed that the BJP is “damaging” Tripura on the lines of the left. “The Left started damaging Tripura. BJP is finishing and perpetuating it. Congress is open to an alliance with any anti-left, anti-BJP political parties here”, Dey said.

“If we look at CPI (M) from 1972, they played a much stronger role as opposition compared to what we get to see now. They have failed to play their role as opposition in and out of the Assembly”, he added. He also said that he suspects BJP and CPI(M) are maintaining a clandestine political link.

The Election Commission of India Sunday announced that general elections in the state will take place in two phases, while West Tripura goes to polls on April 11, East Tripura will vote on April 18.