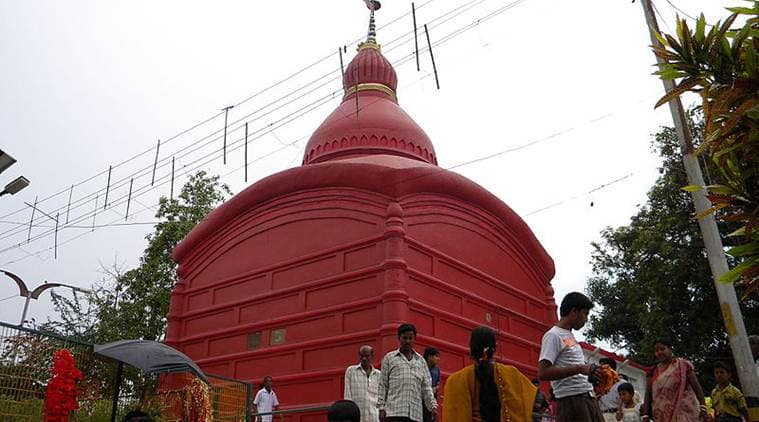 An exercise to evaluate all jewels and valuables in possession of the temple was undertaken in July. (Wikimedia Commons)

Tripura Congress Wednesday lodged an FIR over alleged corruption in jewels and other valuables donated by devotees to Mata Tripurasundari Temple.

Udaipur District Congress president Soumitra Biswas said the details of the jewels and valuables, announced during an evaluation process held in July, 2018, was unbelievable and required stringent investigation.

“As per evaluation report, 13 kg gold jewels were found in 7 vaults maintained in the temple. It is suspicious and not believable. Many of these vaults had bicycle tyres, tubes, rugs, outdated food coupons in them. We have filed the complaint to find out true details of jewels and valuables which were donated by devotees including Tripura’s Manikya monarchs who oversaw the royal temples before Merger Agreement with the Union of India in 1949,” Biswas told indianexpress.com.

In January this year, Tripura Congress had alleged corruption and submitted a memorandum to Gomati District Magistrate Tarun Kanti Debnath demanding a high-level inquiry to find out the quantum of jewels and valuables that were donated by devotees, including Tripura’s Manikya monarchs, who oversaw the royal temples before the Merger Agreement with the Union of India in 1949.

Soon after taking charge on March 9 last year, Tripura Chief Minister Biplab Kumar Deb formed a Trust for Mata Tripurasundari Temple, which would oversee all activities in it. The objective was to develop the temple on the lines of the Vaishnodevi Temple and attract tourists.

An exercise to evaluate all jewels and valuables in possession of the temple was undertaken in July. During the asset testing and evaluation exercise, the Trust recorded 12.95 Kg gold and 65.176 Kg silver, a pearl necklace weighing 29 gm and 1 US dollar among assets in possession of Mata Tripurasundari Temple.

Tripurasundari Temple is one of the 51 Hindu Shaktipeethas of the country and considered one of the holiest Hindu shrines. Maharaja Dhanyamanikya installed the idol of Tripurasundari in 1501 AD on a hillock, 55 Km from Agartala. It is close to Udaipur, which was then called Rangamati and was erstwhile capital of the princely state.