Arrested in Tripura, Rohingyas group claims they were forced to flee Jammu 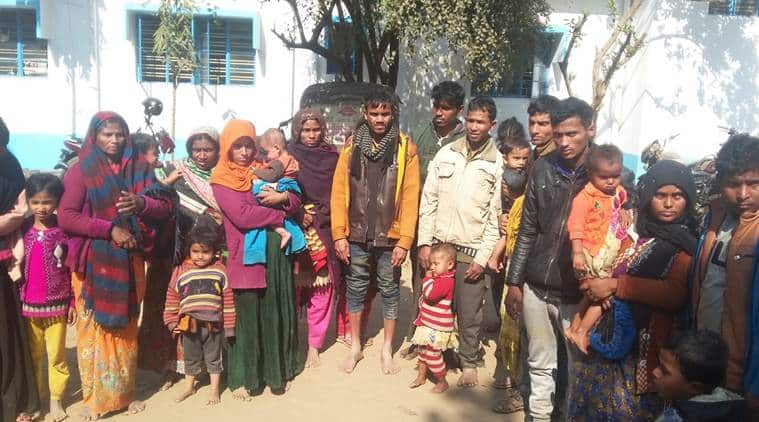 They sneaked into Indian territory through West Bengal and went to Jammu where people said they would get work. (Express Photo)

Without land or home, theirs is a story of being on the run, avoiding check-posts, escaping from the omniscient eyes of the police, security personnel of India, Bangladesh, Myanmar, and all adjoining nations. Theirs is a fate of being stateless.

Abdul Sukkur, Muhammad Shahjahan, Shahedara Bibi and thousands of other Rohingyas fled their homes in Rakhine state of Myanmar six years back following the military offensive on Rohingya villages. They sneaked into Indian territory through West Bengal and went to Jammu where they were told they would get work.

“We worked as construction labourers for setting up mobile phone towers there. We lived in a mohalla (locality) at Jammu Narwal bypass. Recently, locals and the government started targeting us saying we are terrorists. They forced us to vacate the state and we are on the run again. If we are sent back to Myanmar, they will simply kill us all. Please don’t send us there,” pleaded a weeping Muhammad Shahjahan. 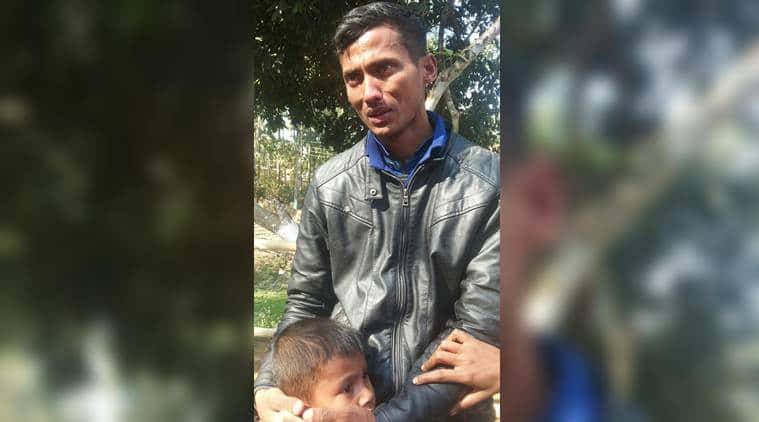 Abdul Sukkur (with his child here) expressed his fear of being pushed back to Myanmar. (Express Photo)

Shahjahan claimed 2,500 Rohingya families lived in Jammu and took up odd jobs. However, nearly 1,500 families moved out of the state in the wake of recent threats from local people there. Some 1,000 families still live there in fear.

Abdul Sukkur, who hails from the same ‘mohalla’ in Jammu, said they came via train to Tripura and were trying to sneak into Bangladesh when BGB (Border Guards Bangladesh) apprehended and thrashed them. “My father lives in Bangladesh. There are nearly 15 lakh Rohingyas there. We are not welcome in India and Myanmar will kill us. We feel Bangladesh is the only safe place for the time being to live in,” Sukkur told indianexpress.com. 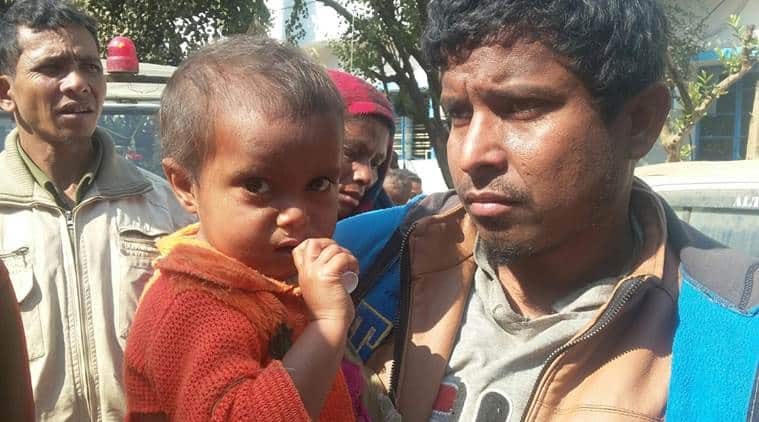 A Rohingya detainee with his infant at Amtali police station in West Tripura. (Express Photo)

Pointing at BSF officials, he said they took away his UNHCR refugee cards and other belongings. “We were able to work odd jobs based on those UNHCR cards. We are running for our lives. My two children have never led a normal life. We don’t want to go back to Myanmar. The entire family of my uncle was hacked to death. My aunts and cousins were raped and killed. There is no future for us in Myanmar, only death. We don’t want to die,” he said.

After they were detained on January 18 while trying to enter Bangladesh, Abdul Sukkur and his 30 companions were stranded for four days and four nights in the middle of a cold, barren paddy field between the borders of India and Bangladesh near Rairmura Border Outpost (BOP) in Tripura.

Since Saturday, a series of flag meetings have been held between Border Security Forces (BSF) and Border Guards Bangladesh (BGB) along West Tripura to decide their fate. BGB officials declined to arrest the Rohingyas and take them back straightaway, more so since Bangladesh is already overburdened with a huge population of nearly 15 lakh Rohingyas granted asylum there.

Meanwhile, the BSF offered food, water, and blankets to them on humanitarian grounds, 16 among whom were children under the age of eight.

After all the dialogues failed, BSF arrested and handed over 31 Rohingyas to Tripura Police on Tuesday morning. They were produced before a local court and charged under the Passport Act.

Speaking to indianexpress.com, Amtali SDPO Ajay Kumar Das said that preliminary interrogation revealed some of the Rohingyas came from Jammu and Kashmir. However, he said enough evidence to support the claims have not been found. “Some of them have verbally admitted having come from Jammu and Kashmir. We haven’t obtained any UNHCR refugee cards which are usually issued to Rohingyas living there and so can’t confirm their claim,” the official said.

BSF Public Relation Officer (PRO) informed that the Rohingya migrants were questioned for last two days but it is not yet clear how they reached the Indo-Bangla border in Tripura. The BSF had earlier claimed the BGB was trying to push Rohingyas into India and denied allegations of the Bangladesh authorities that the Rohingya people went from India across International Border (IB).

Who are the Rohingyas?

Rohingyas are ethnically from the Rakhine State in Myanmar, previously known as Arakan. They have been persecuted by Myanmar’s military since the country’s independence in the late 1940s. Different Rohingya villages in Rakhine state in south-west Myanmar faced a military crackdown by the Myanmarese Army in the wake of a deadly attack on an Army post by Rohingya rebels in 2016. The ongoing military crackdown which started in August 2017, led to mass exodus of Rohingya men, women and children to all nearby nations, especially Bangladesh.

In a letter in October 2017, Ministry of Home Affairs (MHA) ordered immediate steps to all state governments to identify and monitor Rohingya refugees. MHA Joint Secretary Dilip Kumar said in the letter that the Government of India viewed “infiltration” from the Rakhine State of Myanmar into Indian territory as a burden on limited resources of the country and claimed it aggravated security challenges to the country.

Myanmar’s military regime stripped Rohingya Muslims of their nationality as per the Burma Citizenship Law, 1982. Since then, many who fled the country were living in refugee camps in Bangladesh. Some tried to return home. Over the years, the condition in the Arakan was not found to have significantly improved. The UNHCR termed alleged mass killings and burnings of Rohingya villages by Myanmarese Army as ‘ethnic cleansing’.